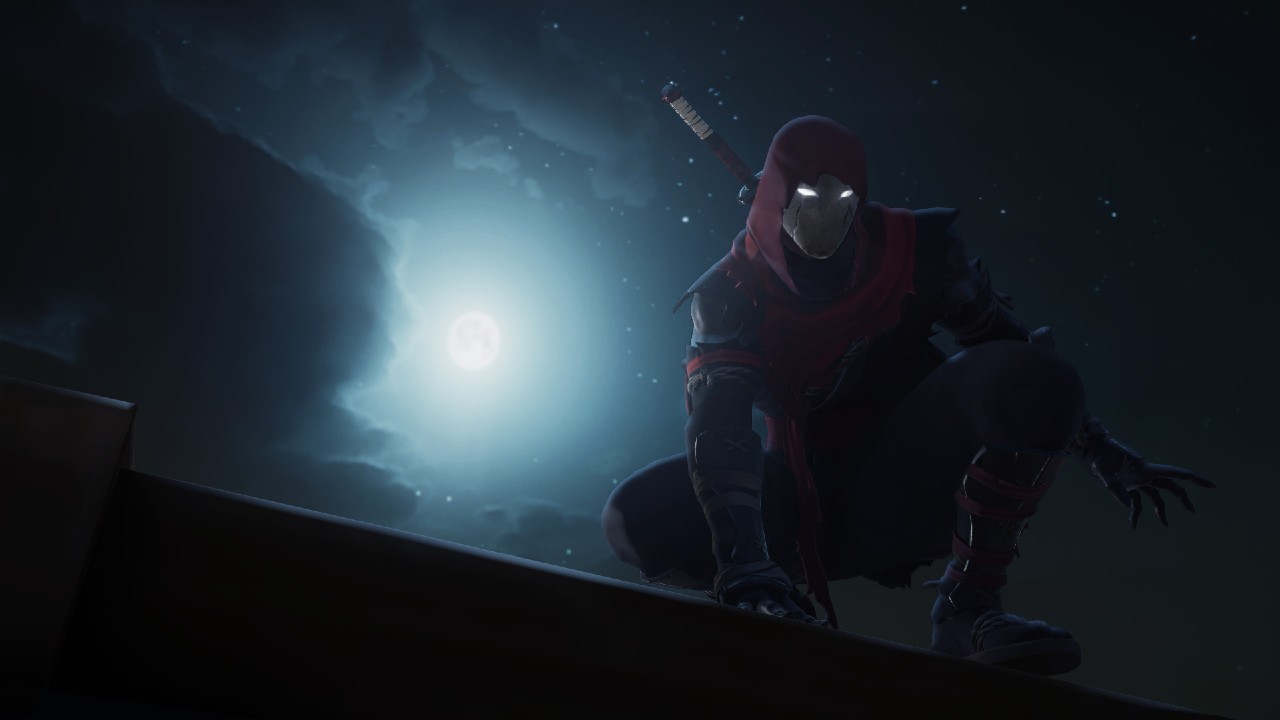 As a huge fan of Naruto growing up, I’ve always had a thing for Shinobi. There is just something about the ability to sneak amidst the shadows unnoticed to complete your mission like a ghost. As soon as I started playing Aragami 2, I got that awesome sensation once again.

Aragami 2 is set 100 years after the events of the first game, placing players back in the role of an assassin that controls shadows with the purpose of protecting the Roshoman Valley from the Akatsuchi faction. Despite the time difference, it is a continuation of the story, following the same clan, though it does tell it through the eyes of a new custom character.

Shortly after creating this character and learning the ropes via the tutorial, it is revealed that everyone is plagued by a supernatural power, including my character. This power allows people to control shadows, giving them amazing abilities like teleportation and manipulation.

Unfortunately, these abilities also come with the side effect of destroying the body and mind. Those who are afflicted figured out they can slow down the process by living together as a community.

In order to stop this power from destroying everyone, it is up to the main character to find a cure. This is done through a mission system that progresses the story, sending the assassin to a number of different areas via portals in either single-player or co-op.

For this preview, Aragami 2 only gave access to the game’s single-player portion, but there were still plenty of interesting things to uncover. The most notable part about this sequel is that the gameplay is really fluid.

Movement is quick and responsive, allowing my character to dive into cover, assassinate people, and hop up to a ledge using the Shadow Leap teleportation move seamlessly. While it takes a bit of time to recharge between usage, this power resulted in a lot of fun traversal, making it so getting up to high ledges and moving around stealthily is a piece of cake.

That ease of being able to move around like a ninja in Aragami 2 is great but stands in stark contrast to the times when I was engaged in direct combat. Fighting in Aragami 2 is more methodical and slow, which is the polar opposite of how the rest of the game flows.

Instead of a flurry of movements and quick strikes, combat in the game works similarly to Sekiro: Shadows Die Twice, implementing a parry and striking system that relies on managing stamina. Unlike FromSoftware’s 2019 Game of the Year title, though, Aragami 2’s timing just feels off.

Every time I felt like I successfully parried, I would end still end up getting hit somehow. When I did manage to dodge, stamina depleted rather quickly, resulting in an inability to attack. As such, I usually just high-tailed it and hid it if I ever got noticed.

Thanks to the game’s level designs, I didn’t run into that issue all too much, though. In fact, I enjoyed some levels so much that I played them multiple times to see if I could get a better time or score, as every mission gives detailed stats at the end of things. There is just something satisfying about picking out a route and learning a patrol pattern, completing the objective, and getting out of dodge without anyone ever knowing I was even there.

So far, Aragami 2 has the potential to be a good stealth-action game as long as it plays to its strength of combining sneaky gameplay with interesting level design. Even with the issues revolving around its combat system, the overall game feels fluid, thrives in areas where it should, and has a great ambiance.