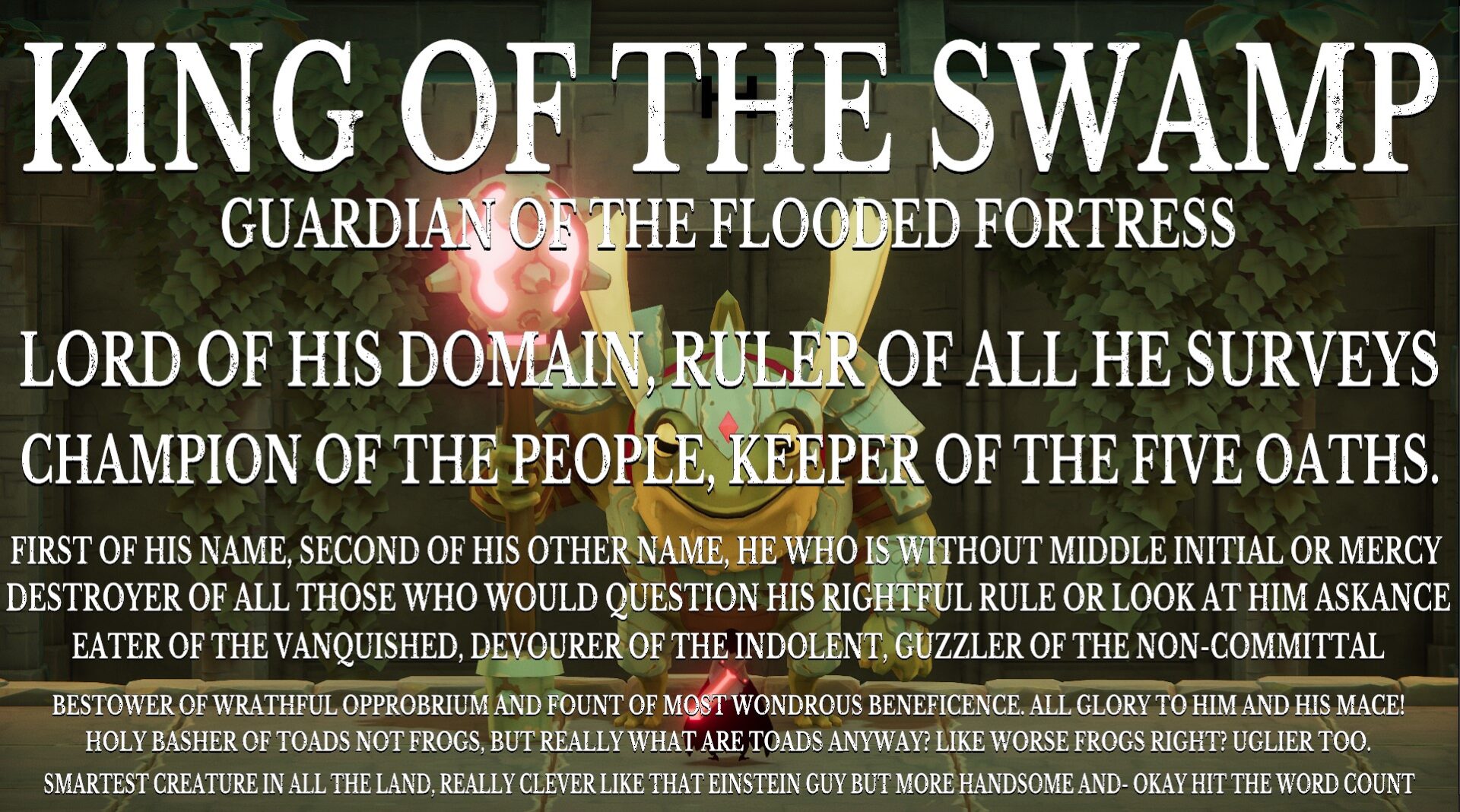 The Frog King is the second of the three main souls you’ll need to reap to open the door your assigned (and stolen) soul has been taken into. It’s found in the second area that branches off from the Lost Cemetery and can be an incredibly tricky boss to beat if you don’t know how to combat the tricks it has up its sleeve. Here’s everything you need to know on how to beat the Death’s Door Frog King boss battle.

How to Beat Frog King in Death’s Door

The Frog King has two different phases you’ll need to beat him in.

The first phase sees the frog bouncing around the tiled arena on his big mace, destroying the tiles that he bounces on as he goes. He’ll bounce on three tiles and then slam his mace down directly in front of him. Wait for him to do this, and then quickly jump in to get one or two slashes on him. Don’t get too greedy, otherwise, he’ll deal damage to you during your third or fourth hit.

Hit the Death’s Door Frog King boss when it’s close to the edge of the arena and it’ll fall into the water.

After you’ve done this twice, the Frog King will continue to pogo his way around the arena, but this time he’ll destroy 5-6 tiles instead. Again, wait for him to slam his mace down, get a few hits in, and retreat to a safe distance for the next stage.

After you’ve knocked him into the water three times, you’ll begin the second and trickiest phase.

In the second phase, the Frog King will jump out of the water and try and land directly on top of you. Dodge at the last second to avoid this, and then wait for the boss to dive back into the water.

He’ll now tip the entire arena towards him and begin inhaling, sucking up various tiles from the arena. Here, you need to focus on avoiding falling into the Frog King’s mouth, while also ensuring you don’t fall through one of the gaps left by the missing tiles.

You can deal damage easily here by getting a few quick swipes on his hands. Just make sure he doesn’t suck up the tile you’re standing on while doing so.

It’ll then try and jump on top of you again, before jumping to the other side of the arena. Now this is where the trick comes in to easily beating the Frog King in Death’s Door.

Once he jumps to the other side, he’ll face away from the arena for a few seconds. During this time, use your bow to hit the mace on his back. If you hit it, it’ll restore all of the missing tiles that he’s just inhaled.

The Frog King will also fire some projectiles from the side of the arena once he’s turned back around to face you, so use your dodge to avoid these.

There you have how to beat the frog king boss battle in Death’s Door. If you’re looking for more guides on the game, check out the links below, or search Twinfinite for your future guiding needs.