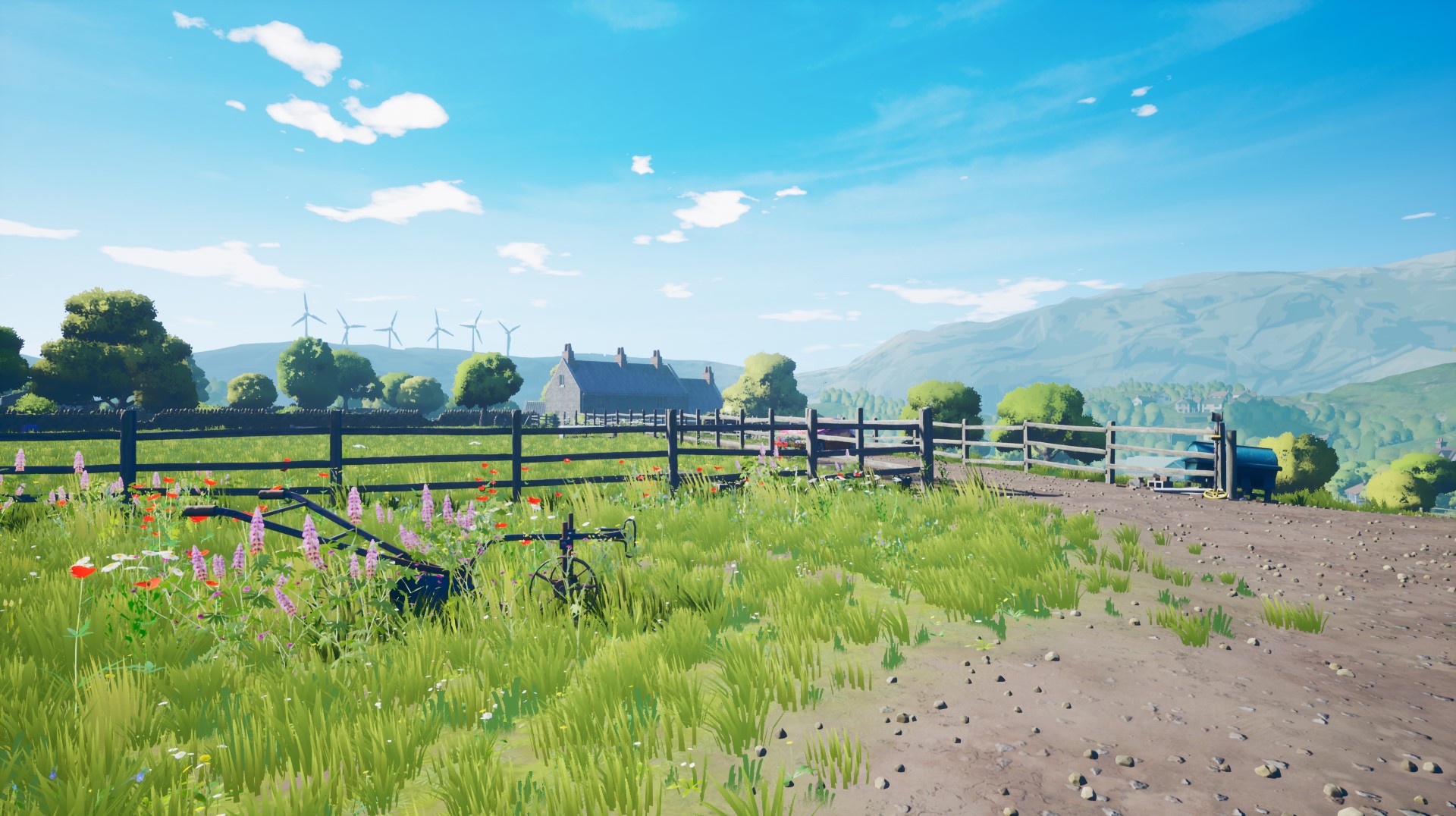 The Magnificent Truffle Pigs on PC

The Magnificent Truffle Pigs is very much like the earring the characters — Adam and Beth — are scouring the farmer’s fields for somewhere in Stannage, a small, picturesque town in rural England. At first glance, it seems beautiful, certainly, but there’s a heck of a lot going on beneath the surface. Sentimentality and a profound commentary on life and societal norms are the order of the day in The Magnificent Truffle Pigs, and I came away with plenty of food for thought, even if the core gameplay loop can grow a little stale by the end.

The Magnificent Truffle Pigs tells the story of Beth, a woman in her late 20s who decides to return to her hometown in Stannage, England, to seek out a matching earring from one she found when she was a child in a local farmer’s field with her metal detector. The find bought her a minute’s fame and £500, a small fortune for a child. Intent on finding the missing earring before the farm is knocked down and turned into a sea of solar panels the week after, she contacts her mysterious childhood friend, Adam, to help her scour the fields in hopes of recapturing that magical childhood moment all over again.

At the beginning of the story, Beth’s life seems pretty great; her family owns Mudalot — the biggest company in the town, manufacturing and selling outdoor equipment — she’s lined up to become CEO when her father retires, she drives a flashy car, and is planning her marriage to long-term boyfriend-turned-fiancé Jake.

Adam, on the other hand, is a compassionate, witty guy we know very little about other than he’s been invited to help out and that in the past he’s been good for Beth, and her friends “didn’t give him a chance.” The two have clearly been through something together, further highlighted by frequent mentions of Adam “saving” Beth years ago, and her friends “being frightened of him.”

After 30 minutes, however, Beth’s idyllic world had slowly started to crumble, and the happy-go-lucky nature of this excursion had started to turn a little sour. The narrative does a great job of hooking you in from the beginning and doesn’t let you go until the very end.

The story really is the highlight of the experience here, so I won’t delve too deep into particular story points, but I will say The Magnificent Truffle Pigs resonated with me in a way I wasn’t quite expecting. During a tumultuous year where my mind has frequently been occupied with the idea of mortality and finite time, The Magnificent Pigs reassured me that I was still doing okay. The game uses its field as a metaphor for life. No matter how many treasures you find, be them duds like bottle caps or literal gold, there will always be avenues we cannot explore during our finite time on this planet, just as Beth and Adam can’t explore every square inch of the fields.

It really is a meditative experience that’s truly a joy to just kick back and relax with. The visuals, albeit basic in their detail, encapsulate the serene tranquility of England’s rural countryside. Mountains stand tall, touching the clouds in the background while small hamlets of cottages are nestled between trees. Wind turbines are dotted on the landscape, stark reminders of how England’s countryside is slowly being eroded away by the need for renewable energies. Stone brick walls have me harking back to memories of walking across the top of them as a child, while wildflowers add vibrant flourishes of purples, yellows, and blues to the lush green grass.

All of this is accompanied by an emotive soundtrack (composed by Kevin Pankin) of cheerful woodwind melodies and somber scores on the piano to fit the mood of your metal detecting adventure. It all culminates in making for a beautiful, heartfelt experience that will stick with me for years to come.

The gameplay is largely focused on the search for this missing earring. Each day Adam and Beth scour one of the different parts of the farmer’s fields in the hopes of finding the earring, and finding just about everything but along the way. It may sound a little dull, walking Adam through a field as he waves the metal detector in front of him, listening out for the telltale beeps that a metallic treasure is hiding somewhere underground, but The Magnificent Truffle Pigs manages to capture that sense of discovery and excitement rather well to begin with.

Despite my deep-seated need to fully explore every last inch of the field each day, I was never able to. I never knew whether or not the earring was mere meters away from where Beth demanded I stopped for the day, and I actually wondered whether I was doing something wrong. But the slow movement speed when using the metal detector and the finite amount of time in each day you have to search are constantly working against you intentionally in order to help hit home one of the narrative’s points.

You never quite know what you’re going to find, and regardless of exactly what trash Adam inevitably digs out of the ground, the two characters have something to say, either with a quick chat, or a back-and-forth of photo and text messages. In that sense, The Magnificent Truffle Pigs has a Firewatch feel to it. A flirtatious energy between the two characters, the air of mystery around exactly who Beth is (you never actually see her on-screen, she’s just the mysterious voice in cutscenes), and a hint of sinister mystery to the story that long goes unanswered.

It’s the dialogue between Adam (voiced by Arthur Darvill) and Beth (Luci Fish) that really carries the game. The relationship between the two is developed through this constant conversation throughout your adventure via walkie-talkies, their cheap and tacky design a reminder of the early 2000’s popping up on the left side of the screen whenever the two decide to have a chat.

The voice acting really deserves a special mention here, too, with the performances capturing that relationship of two old friends reacquainting after some time. A bit of awkward ice-breaking chitter-chatter towards the beginning as the talk about the weather, or a very cheesy joke about wind turbines, before eventually melting away to a heartfelt commentary about societal perceptions of success and the timeline of life’s milestones and when you should be meeting them.

Each time the two characters pipe up for a conversation, the gameplay is brought to a grinding halt, locking Adam in place until the two have finished talking. This does slow down the tempo of the game, and given there’s not a whole lot going on in terms of the actual metal detecting gameplay, it does throw the pacing off a little. Though likely done to allow players to give their full attention to the profound social commentary Beth and Adam address, having to stop for the third time in as many minutes if you’re on a lucky metal detecting roll can be a little jarring.

The Magnificent Truffle Pigs labels itself as a first-person, romantic, metal-detecting game, but it’s far, far more than that. It’s a reminder that every person’s path through life is wholly different, and that sometimes the best plan is to have no plan at all. It’s a meditative, peaceful experience that I’m sure will resonate with many others as much as it did with me. If you’re a fan of Firewatch and other narrative-driven titles, The Magnificent Truffle Pigs is absolutely worth your time and money. 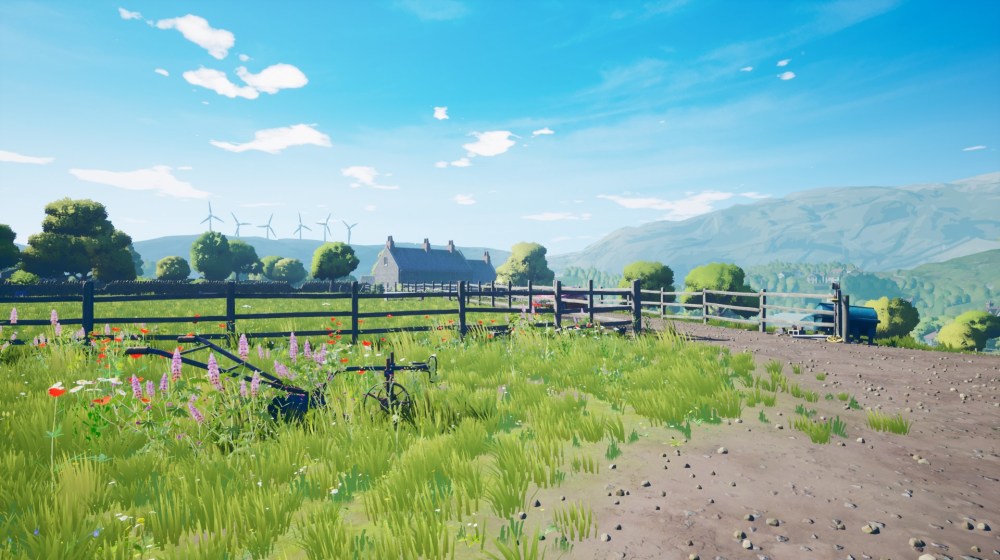