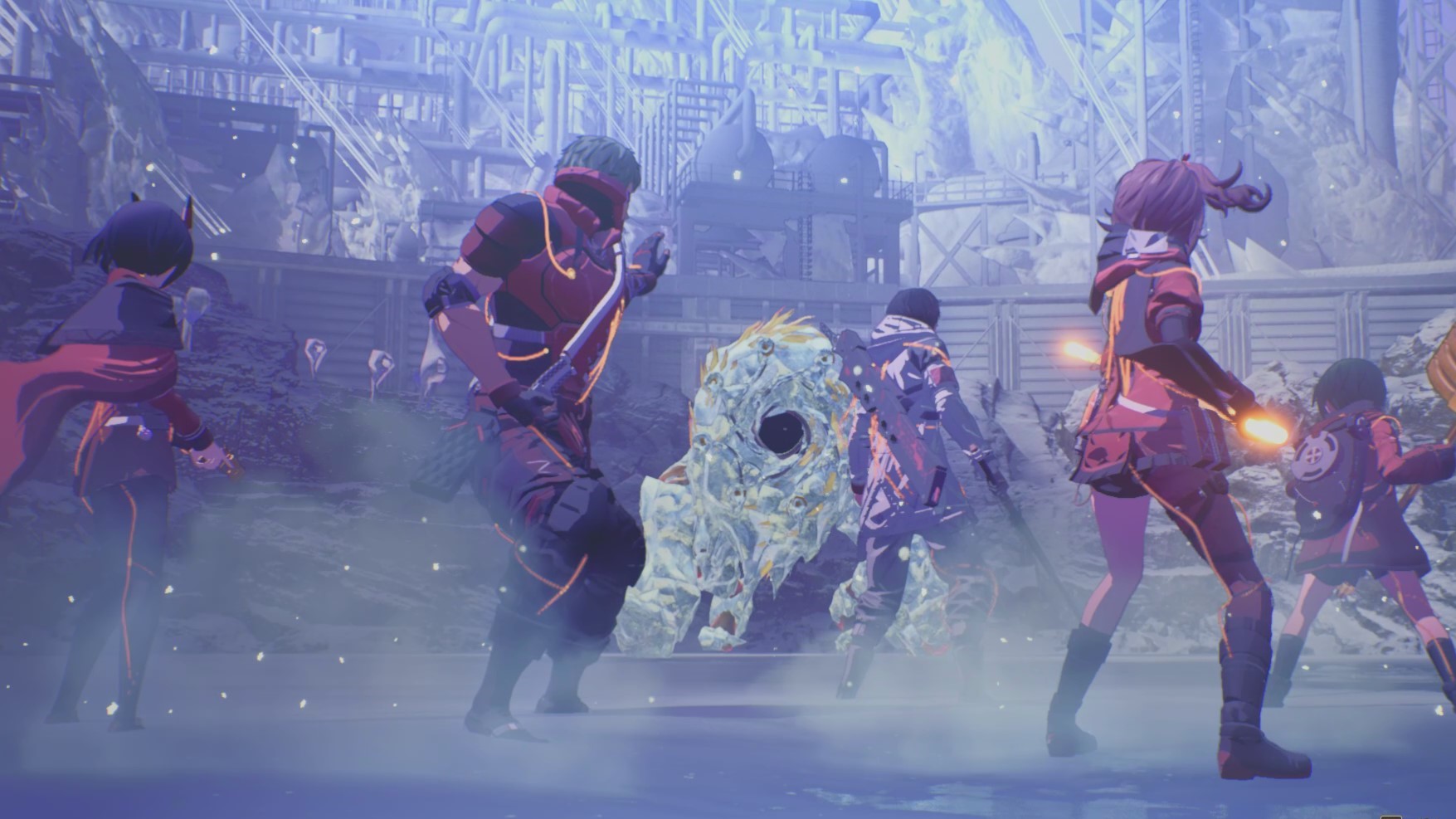 How to Beat Coil Moil Boss Battle in Scarlet Nexus

Coil Moil has a shell of armor on its body that needs to be broken for you to deal any significant damage. The easiest way to do this is to use Tsugumi’s last-second dodge ability. Her Level 2 Clairvoyance automatically breaks any armor in one hit with a successful counterattack following a last-second dodge.

Once you break the armor, Coil Moil will fall over. When it does, aim for the round growths on its back — that’s its weak spot. Use special Psychokinesis throws along with Hanabi’s Pyrokinesis abilities to do solid damage.

On the defensive side of things, you’ll need to watch out for a number of attacks. Coil Moil can make ice pillars appear from underground, blow icy wind out of the hole in its face, and swipe at you with its arms when you’re too close. It’ll also occasionally shoot water, which can prevent you from using your dodge if you get drenched, so be sure to avoid that with Luka’s Teleportation.

Use Gemma’s Sclerokinesis to negate damage when you go for special throws, and use Teleportation to get close when Coil Moil calls pillars of water to surround it. It’ll also burrow underground from time to time, then resurface with its armor restored, so the cycle will start all over again.

At low health, Coil Moil adds new attacks to the boss fight. One is a slow, strong slam with one of its arms. Use Clairvoyance to dodge this one easily and destroy its armor again. The other new attack shoots floating bubbles that come at you one by one. Pay attention to where they’re located so that they don’t come at you from unexpected directions, or simply use Sclerokinesis to avoid getting hurt for a short while.

The new attacks aren’t too difficult to deal with. Continue the same dodge/attack pattern as before to get some Brain Crushes in as you empty Coil Moil’s crush gauge. Repeat this process until you’ve taken it down for good.

That’s everything you need to know about how to beat the Coil Moil boss fight as Yuito in Scarlet Nexus. Be sure to check out our guide wiki if you’re looking for more tips, tricks, and other info on the game.