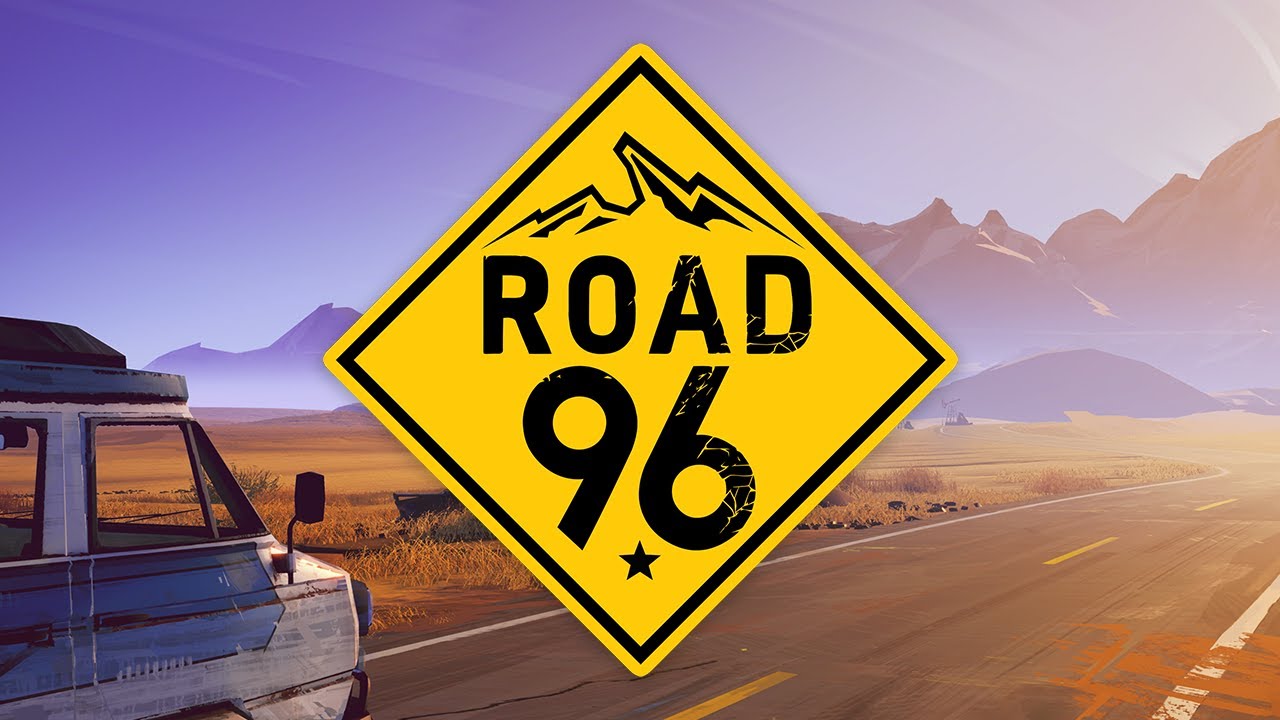 The idea of taking a road trip has always appealed to me. Not the kind where you just hop in your own car and go out for the day. I mean embarking on public transport, hitchhiking, and essentially any means of transportation possible to reach some distant location. There’s an err of mystery, intrigue and unpredictability about it all that just scratches my itch for adventure. Alas, as I’ve grown older, the prospect of taking a road trip has become less and less tenable, as bills and other commitments tie me down to a home and city. Enter Road 96, a CYOA game of sorts that takes you on an epic road trip adventure.

The premise here is simple: you must hitchhike your way to freedom from your country by any means possible. From what I could gather from the radio chatter and conversations with characters, the country was in political unrest due to Tyrak the current president who has made crossing the border illegal.

As such, the journey which you take is a perilous and risky one. One which means you’ll have to choose when to be a good Samaritan and help a fellow escapee, and when to keep your head down and avoid drawing attention.

In order to escape, you’ll be meeting a colorful cast of characters and in my hands-on preview playthrough, I first met Stan and Mitch. 181 miles from the border, and in a motorbike cart accompanied by the rather eccentric and dim-witted duo, we made some casual conversation… including what was in the bag behind me, though the bank notes peeking out the top of the bag, flailing in the wind answered that question.

Here I was, cruising down the highway in the sidecar of two bank robbers. Two seemingly very nice bank robbers, as they babble on at me while I gawp at my cel-shaded surroundings. A steep cliff edge to my right, another cliff face to my left (behind Stan and Mitch), the scratch ‘n’ sniff card in my footwell, and the long winding road ahead of me. Eventually, the cops caught up and were on our tail, so what did our troublesome twosome suggest? Throw anything I could to get them off our tail.

Yes, that included the bulging bag of money, and so I got to work launching rolls of banknotes at the cop car. Eventually, I’d thrown enough money at the cop that he stopped to pick it all off, exclaiming he was going to be rich as he faded into the distance behind us. Stan and Mitch, clearly less than pleased I’d just lobbed their haul at law enforcement, showed their displeasure by dropping me off a little further on.

My next stop was at a gas station, where I was warned by another teenager of the Tyrak-supporting owner. Inevitably, I was blackmailed by the owner into working for free otherwise he’d report me to the police. Lo and behold, two police officers showed up, and another shortly, the two dragging the teenager who had tried to hide in a near outhouse into the back of a cop car.

I was also eventually questioned, but the empathetic third officer and a supporter of the Tyrak opposition saved me from the corrupt duo that had carted my mate away.

After a brief conversation, she let me free, and I was back to working out how I’d make the next stage of my journey to the border. Bus? Walk? Steal a car? Hitchhike until a friendly face helped me out? All of the options were available to me, but so limited were my funds, and with no clue what lay in wait further on in my journey, I opted to hitchhike a little further, eagerly awaiting my next chance encounter.

And that’s where my hands-on time with the game ended. In the space of an hour, Road 96 had me hooked with its concept. I wanted to learn more about what was going on with Tyrak, exactly why I was so desperate to escape the country under their leadership, and see where my choices will take me. I wanted to meet more eccentric characters and have heart-in-mouth moments as I think on my feet to evade capture and see if it was possible to not even reach the border through some poor decision-making.

Road 96’s trailer boasts that no two road trips will be the same, and there are 148,268 different combinations and road trips players can take. Exactly how different each road trip remains to be seen. From the trailer, it looks like you can meet the various characters in different scenarios and locations, but how many of these will be a determining factor in how replayable the game is which appears to be the main USP here: The thrill of a thousand road trips without leaving the comfort of your own home.

Road 96 is definitely a game I’m keeping a keen eye on in the hope it realizes its true potential come the full release. Due for a Summer 2021 launch, we hopefully won’t have too much longer to wait.