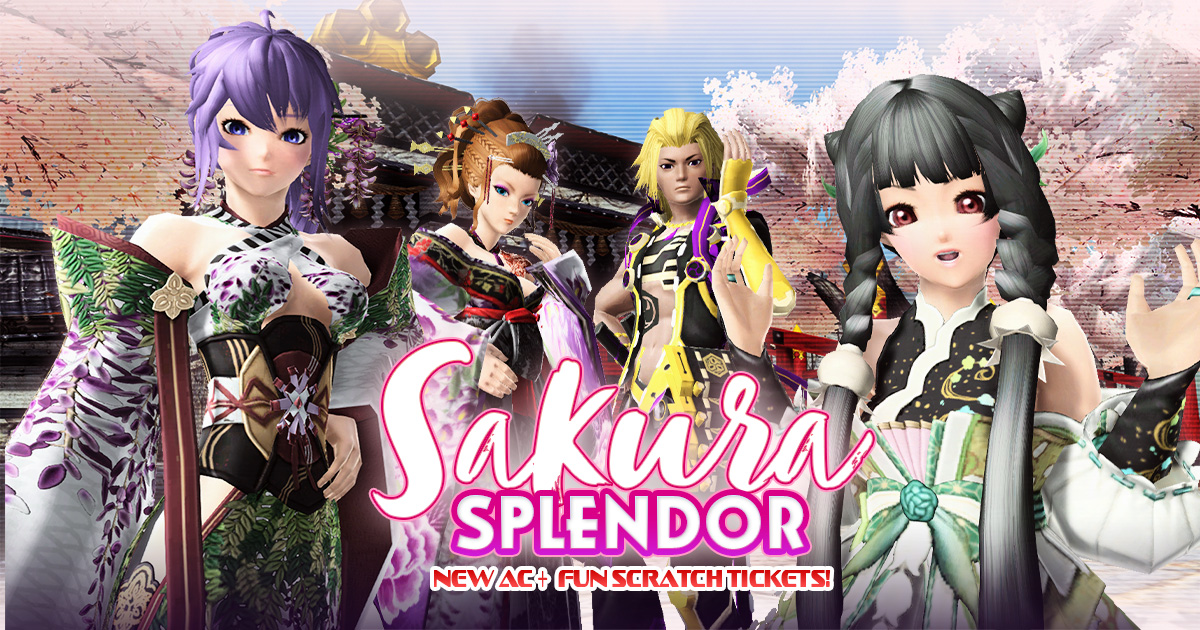 We get to see the new Sword Art Online collaboration event which starts today, May 12, and provides plenty of themed collaboration content that can be earned simply by playing the game.

This diverges considerably from the usual collaborations, which rely mostly on the AC Scratch mechanic.

Speaking of AC Scratch, we also get to see the next one, titled “Sakura Splendor.” As usual, it comes with plenty of costumes, accessories, emotes, CAST parts, hairstyles, and more, providing a lot of ways to customize your character’s style.

It also starts tomorrow and will remain available until June 9. As usual, you can take a look at the trailer below to see the main items, while the full catalog is published on the official website.