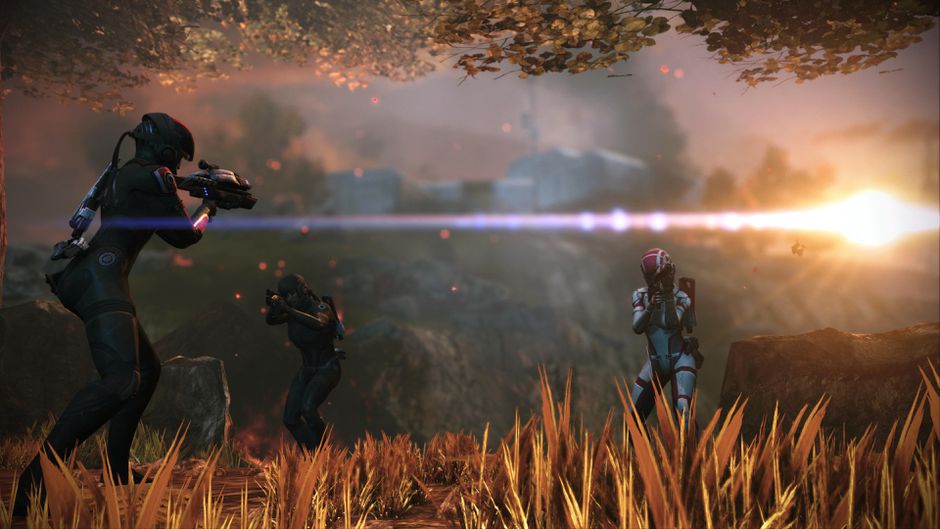 Mass Effect 1 is full of NPCs for you to meet and interact with, and some can even be encountered in later titles based on your actions. Fist is one such NPC, but keeping him alive in the first game is trickier than you might think. As such, you wouldn’t be blamed for needing help to figure out how to save Fist in Mass Effect 1.

Fortunately for you, we’ve got all the answers you’re looking for. Read on to find out where you meet this NPC, how to keep him alive, and where you can find him later on in the series.

How to Save Fist in Mass Effect 1

To start, it’s worth mentioning that you won’t encounter Fist until a certain point in the main story; specifically, the point where you need to track down a Quarian with info on Saren’s dealings.

This portion of the story will see you encounter Wrex, who has been hired by the Shadow Broker to kill Fist. He’ll need help getting into Chora’s Den – where Fist is currently holed up – and will join you in order to complete this mission.

The game will automatically guide you to the Den and toward Fist, so all you really need to do is play the game normally until you meet him. However, you’ll want to do this without Wrex in your party. If he’s accompanying you when you encounter Fist, Wrex will kill him no matter what you say or do.

With this in mind, set up your party to include two party members that aren’t Wrex. Play through the game until you meet Fist, and then go through the entire dialogue exchange with him. Eventually, you’ll come to the decision to either kill or spare him. Choose to spare him, and he’ll slink off alive and well.

Where You Can Find Fist in Later Games

From this point, you won’t see Fist again in Mass Effect 1.

Instead, he’ll pop up again in Mass Effect 2. While exploring the lower floor of the Afterlife club, you can find him with two Asari. In a brief dialogue exchange, he’ll reveal that he now has an “honest job” and spends his free time with the girls at the club. He’ll also blame you for ruining his life but won’t do much of anything to hinder your missions.

That’s all there is to know about how to save Fist in Mass Effect 1. For more on the game and its sequels, check out our Mass Effect Legendary Edition guide wiki. It has tons of other guides that can help you get the best possible outcome from your latest trilogy playthrough.