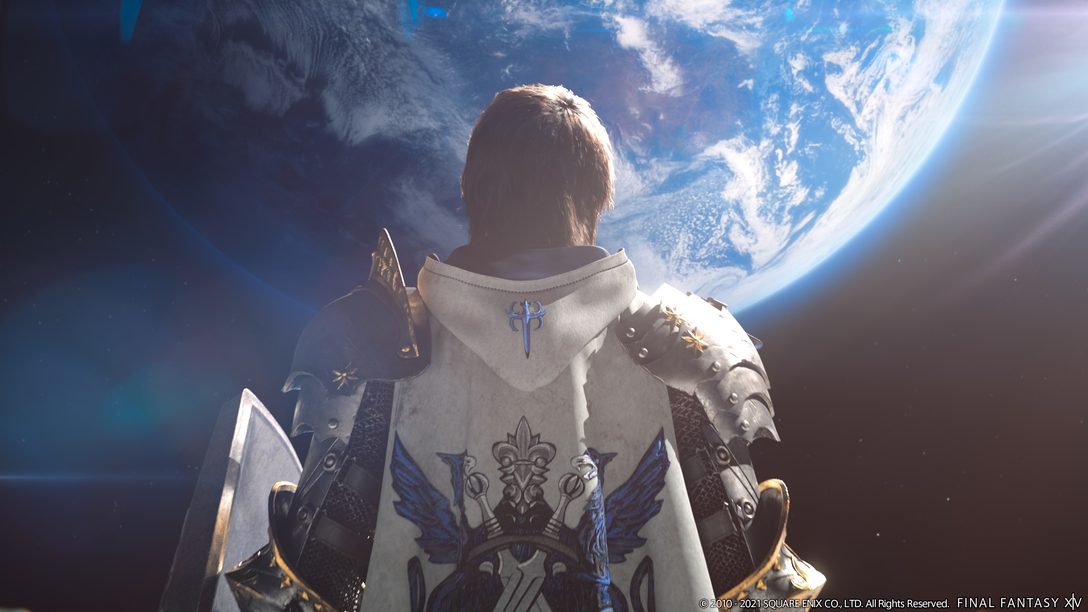 I’ve spent many years now here at Twinfinite trying to get into the mind of Naoki Yoshida and come up with possible new jobs in Final Fantasy XIV whenever expansions are on the horizon. Going back to the Final Fantasy XI days, new jobs being added are very exciting events as they often offer a completely new way to play the game. Unlike past job reveals, the second new job that’s going to be added in Final Fantasy XIV: Endwalker, and will be revealed tomorrow at some point, is a tough nut to crack.

It isn’t inherently obvious what the job will be, based on any context or clues that the community has been given so far. Still, that isn’t going to stop me from trying. Let’s try and wager our best guess and see if I can nail another prediction down.

So let’s go right after the most obvious answer from the backlog of jobs that have yet to make their way into Final Fantasy XIV: Necromancer. Looking at Yoshida’s shirt, it appears to depict the Grim Reaper. This would strongly suggest that we’re getting something that uses a scythe, the iconic weapon of the Grim Reaper.

Generally, most Final Fantasy fans (especially FFXI fans) would suggest Dark Knight would make the most sense but, obviously, that’s already in the game, so that’s out. The next best guess that fits the general aesthetic of the Grim Reaper would be Necromancer.

Necromancer isn’t exactly a staple Final Fantasy job, but it has appeared in the series before. It is a job in the updated version of Final Fantasy V and it can call forth Demons and channel other evil undead powers.

Overall, there’s a lot of strong evidence for Necromancer, but, if we had to bet money, we’d bet money on the next option.

Honestly, there’s just something off about Warrior of Light/Dark becoming someone that summons the dead. What’s probably more likely is that Naoki Yoshida and the development team are working on introducing a brand new job to the Final Fantasy universe. They’ve gone to the well many times now at this point, and if we’re being real, they are starting to scrape the bottom of the classic Final Fantasy job barrel.

Sure, there are a few holdouts like Beastmaster or Chemist, but neither one of those jobs really fit the Grim Reaper hint that we were given. And, in the case of Chemist, its role for this expansion at least, was taken by Sage. It is a shame if you ask me, but it is what it is.

This feels like the perfect time to introduce a brand-new job to the series with most of the fan requests fulfilled at this point.

Expect something that will contrast nicely with Sage, considering the Light and Dark, Hydaelyn, and Zodiark themes that will probably be running hot during Final Fantasy XIV: Endwalker.

What makes this tough, though, is that anything edgy enough to share an aesthetic with the Grim Reaper and carry a scythe is just going to feel so much like it’s encroaching on Dark Knight’s turf. We’ll have to wait and see how Yoshi-P handles it.

OK, I’m not really serious about Templar, nor do I think it will be the next job. That said, considering the absurdity of the Sam Raimi – Spiderman – Samurai connection back in Stormblood, I’m not willing to completely rule it out.

A Redditor a few months back posited this theory on Yoshi-P’s shirt from the Endwalker reveal. Here’s how the Templar meme goes via Reddit:

I want to say this is dumb because it is. But I’m still flabbergasted by Spiderman somehow being a hint for Samurai. We could apply similar logic and say that “filth” might be a hint towards a Garbage Man job. Unless someone can get into the mind of Yoshi-P, who the heck knows?

While Necromancer or something entirely new is far more likely, I’m not willing to say Templar is 0%.