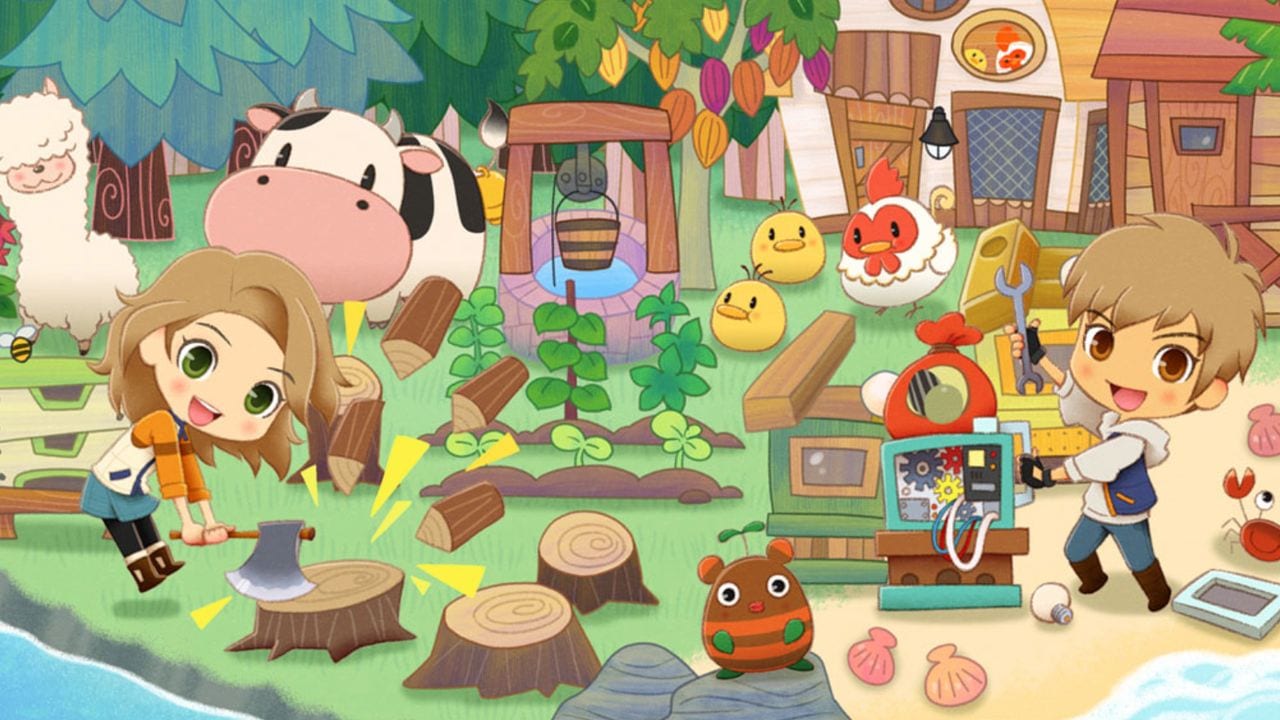 Story of Seasons: Pioneers of Olive Town is the latest example of an increasingly popular genre, marking the 25th anniversary of the long-running Story of Seasons series.

To learn more about the game and to catch a glimpse of what the future may bring for the franchise, Twinfinite interviewed director Hikaru Nakano, who has been with the series for a long time and is now at the helm.

Giuseppe: With such a long-running franchise, how do you go about keeping things fresh with a new installment?

Hikaru Nakano: I’m so grateful that we’ve managed to continue making STORY OF SEASONS games for this long. When planning a new title, you must avoid making the game seem too much like a previous one. However, it’s even more important to implement features that we wanted to add to previous titles but couldn’t at the time.

Back in the day, we struggled to add both male and female protagonists to the games, so when we finally did that, I remember feeling like we’d really taken a big step forward. We’ve also succeeded in adding same-sex marriage to recent titles, which is another example of something that we’ve wanted to do for a long time.

Giuseppe: What would you say are the most exciting new features in Pioneers of Olive Town?

Hikaru Nakano: I’d say the most exciting new feature is the pioneering aspect of the game. This title’s farm area is a large forest where you can fish, mine, collect wild plants, and even discover animals and crops, among other things. You can clear the land extensively or just carve out the space you need. I hope players enjoy living life in the forest in whatever way they like best.

Giuseppe: The title of the game conveys a sense of adventure. How does this reflect in the gameplay? Also, is there a reason behind the name “Olive Town?”

Hikaru Nakano: The gameplay encourages a sense of adventure in several ways. As I mentioned earlier, you can discover many plants and animals in the forest. Players are also free to choose how they spend their time from the very start of the game. The name Olive Town quite literally refers to a land where olives grow, and it reflects the hopes and dreams of the people who founded the town.

Giuseppe: Do you have a favorite among the characters populating the game?

Hikaru Nakano: It’s difficult to choose just one…but I do have a soft spot for Laura. She’s a tour guide who’s trying to encourage more tourists to visit Olive Town. By doing so, she hopes to help the town grow to the point where her mother can move from the city to Olive Town and find work there. However, she also secretly worries that encouraging tourism might end up harming the nature around Olive Town. There’s no one right answer to her problem, but I love how enthusiastically she throws herself into her life and work.

Giuseppe: Are there any ideas that didn’t make it into Olive Town but you may be holding in reserve for future Story Of Seasons games?

Hikaru Nakano: As someone who’s been involved in STORY OF SEASONS’ development for a long time, I’ve always wanted to add another mine that’s so deep you could never possibly reach the bottom. If you happen to fall an especially long way down a hole, you might instantly lose all your stamina.

However, not everyone around me shares my enthusiasm for this idea, so we always cut it…
In the future, I’d like the player to feel like they can do and experience a wider variety of different things depending on the weather and season. I’d also like to put more effort into the overall implementation of our ideas.

Giuseppe: Populating games in a series like Story Of Seasons requires continuously coming up with many characters, including potential brides and grooms. Is that a challenge?

Hikaru Nakano: Yes, it’s quite challenging. Each game’s main themes and defining characteristics determine what kind of characters we create. Olive Town is at the heart of this title, so we thought long and hard about what sort of people would live there when designing the cast.

Giuseppe: What is your view on the future of the series? Should it continue to evolve at a steady pace, or perhaps it’s ready for a more radical revolution?

Hikaru Nakano: I can’t say anything concrete about the series’ future. However, we have many things that we’d like to implement and have yet to realize with STORY OF SEASONS, so I don’t think the series’ core philosophy will undergo any large, fundamental changes for the time being. On the other hand, we’re also well aware that we must speed up the rate at which our games grow and evolve.

Giuseppe: Farming games and slower-paced simulation games seem to be more popular than ever. Do you have any insight into this?

Hikaru Nakano: I’m pleased to see that slow-paced farming simulation games have grown in popularity as the genre has matured. I personally think that popular Facebook games like Farmville quickly caused farming games to become mainstream. This popularity encouraged players to pick up other games that they may not have noticed otherwise.

Giuseppe: Speaking of consoles, the franchise has been pretty much confined to Nintendo platforms for a long time, with the exception of Doraemon Story Of Season that wasn’t published by Marvelous. Is there a reason for this, and are any more console platforms being considered at all for the future?

Hikaru Nakano: We’re glad that we could launch Pioneers of Olive Town on the Switch, which is a wonderful piece of hardware. That being said, we recently had our first PC release with Friends of Mineral Town, and we’d love to keep giving players more opportunities to play our games in the future.

Hikaru Nakano: Thank you to everyone who has played STORY OF SEASONS: Pioneers of Olive Town! If you haven’t played it yet, please give it a try!

Thanks to all of you, we celebrated our 25th anniversary this year. We’ll continue to put our hearts and souls into developing these games so that one day we can all celebrate the series’ 50th and even 100th anniversary!

Story of Seasons: Pioneers of Olive Town is currently available exclusively for Nintendo Switch and debuted with 700,000 copies shipped.