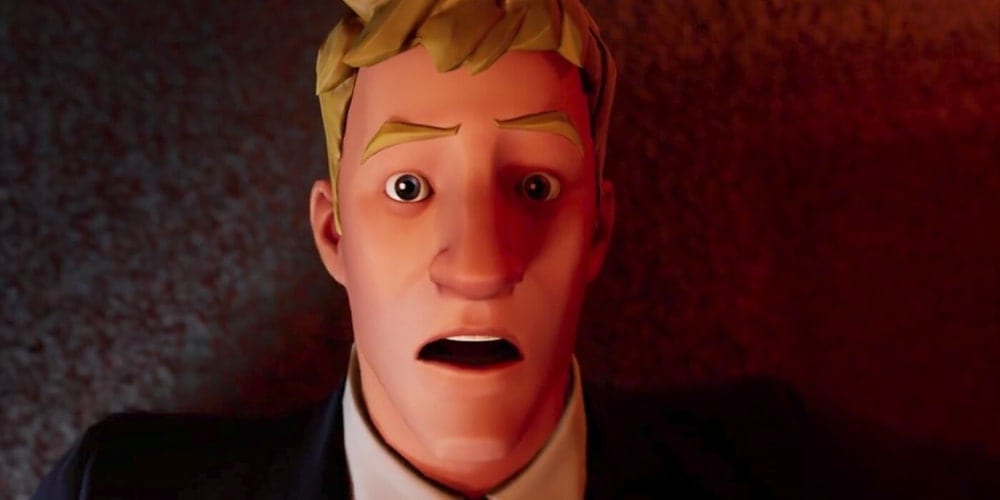 Popular Fortnite personality ShadowOpsFN (@GhostOpsFN) shared the video first, which sees them driving a truck in-game with the radio on. The broadcast is then briefly interrupted, with what sounds like Agent Jonesy saying “I’m still out here.”

No other words can be heard, but there is a lot of background noise and distortion. Some players believe this could be Agent Jonesy trying to make contact with anyone from… somewhere!

It doesn’t appear to matter which of Fortnite’s radio stations you’re listening to. Each one will eventually be interrupted with Agent Jonesy’s mysterious message.

Others believe it sounds like ‘The Visitor,’ a member of ‘The Seven’ who helped create the Fortnite Chapter 2 island by creating a Zero Point and teleporting the frozen meteor from ‘The End’ event into it.

Whoever the source of these messages is, it’s clear that Epic Games is continuing to drive the overarching story of Fortnite’s Battle Royale mode forward. Fortnite Chapter 2 Season 6 is currently in its fifth week, with the Week 5 Quests set to drop this Thursday, April 15.

Interestingly, Redditor u/IOnlyDropRiskyReels suggested ‘Interdimensional Interference‘ over six months ago on the game’s subreddit. Their post, which contains a video with radio stations getting distorted around Rifts gained over 1,200 upvotes and generally positive reception from other fans. Perhaps Epic liked their idea, too!

Fortnite’s 16.20 update has also just been released today, adding two new bows to the arsenal of weapons, as well as ‘Chonkers’ off-road tires that can be equipped to vehicles, and a Princess Fishstick skin. It also revealed that Horizon Zero Dawn’s Aloy will be coming to Fortnite, and will have her own LTM.

Have you heard the mysterious Fortnite radio messages? What do you think they’re hinting at? Let us know down in the comments below.