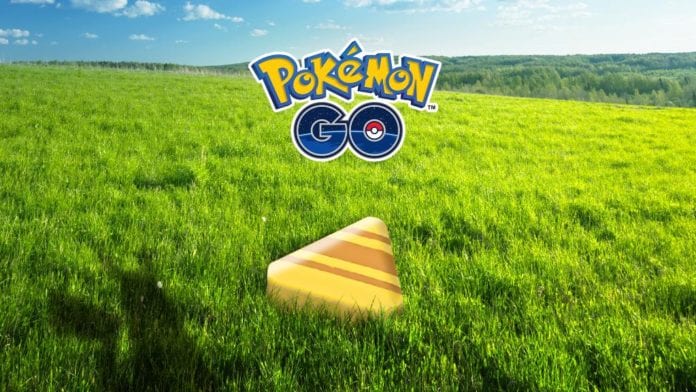 With the Pokemon GO GO Beyond update back in November, the trainer level cap in the game was bumped up from 40 to 50. On top of that, there were many other new features like seasons and Candy XL. Here’s everything you need to know about how to get Candy XL and what it does in Pokemon GO.

How To Get Candy XL & What it Does in Pokemon GO

Before diving in too deep into Candy XL, it’s important to know that you can’t obtain this new type of Candy until you reach level 40. The reason for that will become clear in just a bit. But for now, you have some work to do if you’re at trainer level 39 or lower.

What Candy XL Does

At trainer level 39, your Pokemon can only reach level 40. But upon reaching trainer level 40, you’ll be able to start increasing your ‘mons to level 50. And that can only be done with Candy XL. It works the same as regular Candy, but it’s only used once your Pokemon gets above level 40.

And this special Candy can be obtained all of the same ways you get regular Candies. Catching, Hatching, Trading, and Transferring are all different methods for obtaining it. You can also convert 100 regular Candies to make one XL for a certain Pokemon, but this is extremely expensive.

High-level Pokemon that you catch have a higher chance of rewarding you with some Candy XL. Unfortunately, Pinap Berries will only give you extra regular Candies. But if you target Weather Boosted Pokemon, then you’re more likely to get XL from them.

A recent update also made it so evolved Pokemon you catch will always give you some Candy XL. 2nd stage Pokemon like Ivysaur or Charmeleon will give you one to four. And 3rd stage evolutions like Venusaur or Charizard will yield two to five. Legendaries and Mythical Pokemon will also give you an even more impressive three to six.

We currently know that Candy XL can be obtained by hatching Pokemon from eggs. However, the exact numbers are a bit unclear and many reported numbers don’t line up with our findings. Until Niantic releases something officially, we may not have a definitive answer.

Right now we can confirm that the longer you have to walk to hatch the egg, the more Candy XL you’ll get on average. But, the amount seems to be random within a certain range for each egg, so it’s entirely possible that a 7 km egg could end up getting you more Candy than a 10 km egg.

Trading Pokemon is the least efficient way to obtain Candy XL, but it’s possible. In the March update, Niantic announced that you’ll be able to obtain a single one from trading. But this one piece is more likely to be obtained if the Pokemon being traded were caught further apart.

It’s similar to the system of how you can obtain more regular Candies by trading Pokemon that were caught far from each other. But again, it’s not very practical if you’re looking to level your ‘mons up to level 50.

Just like catching, if a Pokemon is at a high level then it’s more likely to give you Candy XL when transferred.

You obtain a single regular Candy when you evolve a Pokemon and if you’re level 40 or higher, then you’ll get a Candy XL too.

Another addition from the March update includes giving your Buddy Pokemon the ability to find Candy XL. But just like so many of the other methods, you only get one and it’s completely random.

That’s all there is to know about how to obtain Candy XL and what it does in Pokemon GO. We will continue to update this guide if any new methods are added through future updates or if any concrete numbers come out from Niantic.