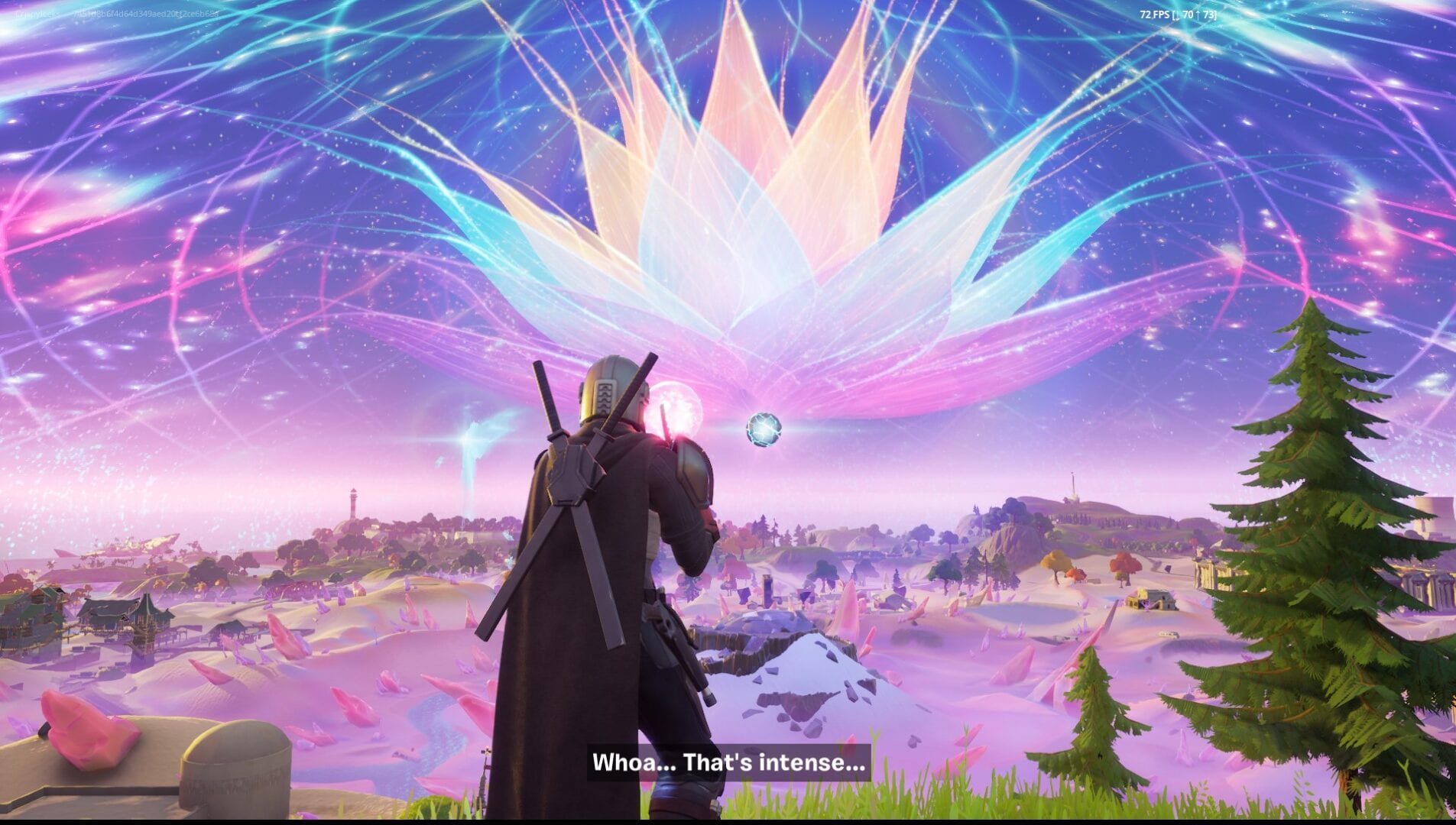 At the end of each and every Fortnite season, players are treated to some form of in-game event. Up until this week, those events were ‘live’ where players would help save the day or watch the chaos unfold together in-game. As Fortnite Chapter 2 Season 5 drew to a close, however, Epic opted to approach things a little differently with its event.

This time around, players partook in the ‘Zero Crisis Finale’ which saw Agent Jonesy (and your character avatar) helping save reality by closing weird anomalies sprouting from the Zero Point hovering over the center of the map.

In some ways, Fortnite’s Season 5 event actually felt a little stripped back from its previous seasons’ big blockbuster multiplayer events. Taking down Galactus with the help of your fellow Battle Royale players… and the AVENGERS is a pretty difficult act to follow.

And yet in other ways, Fortnite Chapter 2 Season 5 was a perfect reminder of just how far the Battle Royale title has come in the space of a few years.

For those unfamiliar, you can check out exactly what happened in the Zero Crisis event below.

Now that you’ve watched the events unfold, you’ll likely see what I mean. It’s difficult to see how this circa-eight-minute cinematic experience is the same Battle Royale title that launched in 2017.

The visuals have been dramatically enhanced, and the world is constantly evolving, morphing, and changing.

During the event, there’s booming, Marvel-style cinematic music playing, S-tier voice acting talent voicing its iconic Jonesy (shout-out to Troy Baker for an excellent performance), an actually interesting overarching story(!) and a few cameos from other iconic game series, just to remind us the pulling power of Fortnite.

It’s clear that Fortnite is so much more than a game in 2021. It’s an exceptionally obese wolf crammed into lamb’s clothing at this point. Sure, it’s Battle Royale experience is still the main attraction, but Donald Mustard and the rest of the development team clearly have loftier ambitions for the live service title than simply maintaining the status-quo.

I actually wrote about Fortnite’s path towards a metaverse following the announcement of the game’s Party Royale mode introducing a ‘social hub’ of sorts to chill out in, watch movies and clips, and just… exist in the Fortnite world.

That’s what the Season 5 event almost felt like it was eluding to.

You’re no longer just jumping out the Battle Bus to get and secure that next dub, you’re entering that world with seemingly endless possibilities. A world you’ll occasionally be called on to help save. A world where an enormous purple cube has become an icon (and named Kevin). A world where Kratos — for better or worse — can floss.

Before Fortnite, would you have ever seen Lara Croft, Kratos, Master Chief, and Sarah Connor all showing up in the same title? Not even Smash Bros. can secure all those cameos.

Yet in the Zero Crisis story cinematic, they all showed up, all playing their part to support Agent Jones in his mission.

Meanwhile Peely — an anthropomorphic banana — got blasted into a smoothie by a hadouken courtesy of Ryu, while Kit the bodybuilding cat punched Alien square in the face… to no avail.

While Fortnite’s Season 5 event may not have been pushing the boundaries of what’s possible in live events, it was still an enjoyable, even humorous single-player excursion that really nailed down what makes the title so great.

The creative freedom to take iconic pop culture characters, and have them do weird and wonderful things — like fighting the aforementioned anthropomorphic banana-man — in an overarching story that not only allows this creative freedom to continue but thrive and evolve.

It may not quite have the same mass audience it once did, but that won’t stop Epic from pushing the envelope and trying to drag you in with each new season and the wealth of updates and new features they bring.