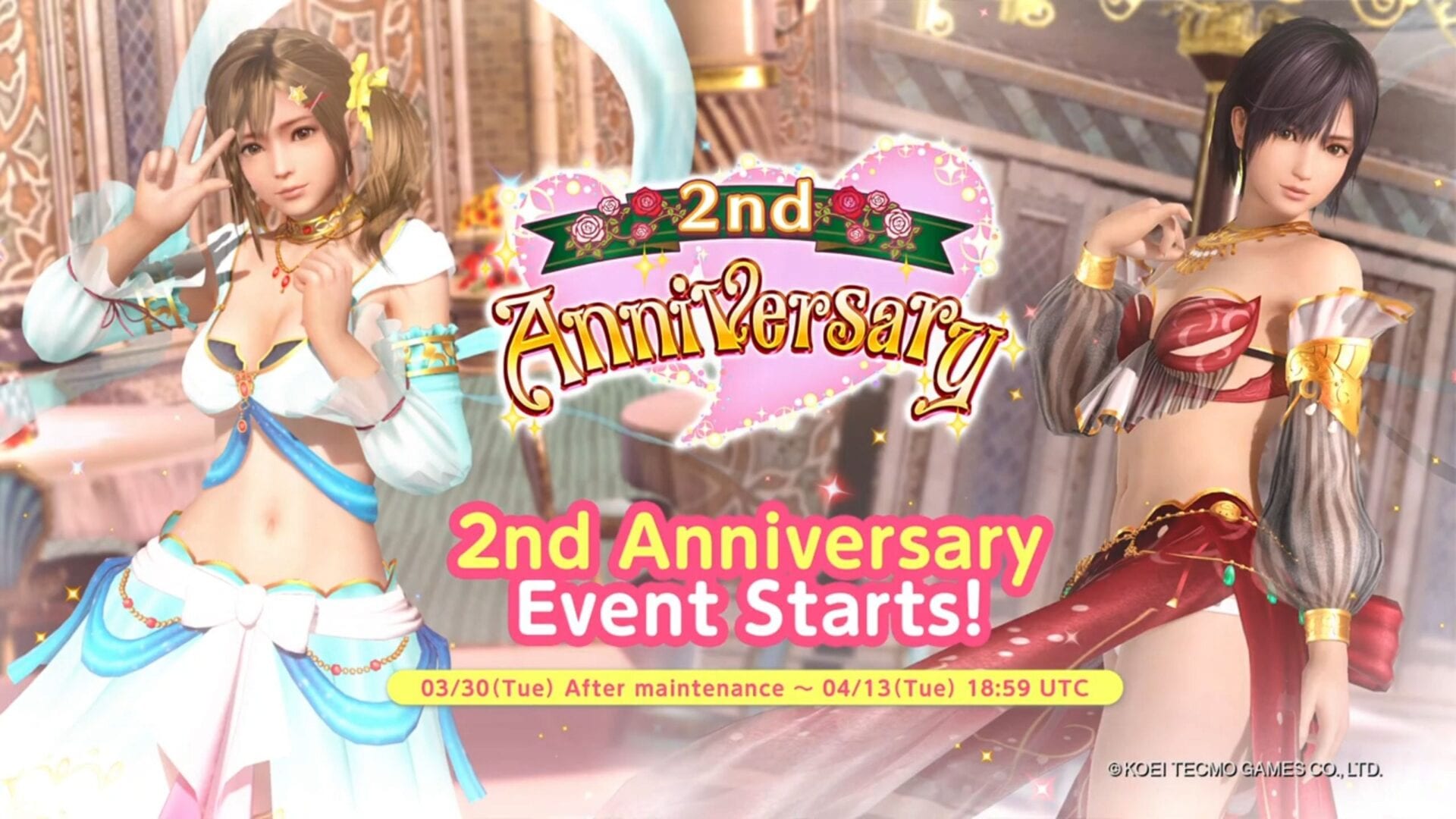 The English version for Steam of the popular free-to-play game Dead Or Alive Xtreme: Venus Vacation is celebrating its second anniversary.

The game is well-known for its… aggressive monetization tactics, but it isn’t always like that. At times there are freebies to be had.

First of all, there is a  large celebratory gacha that includes every girl (excluding the latest addition Monica) with two different outfits which will also be destructible.

This means that if you haven’t unlocked the newest entries in the roster up to Kanna, you have a chance over the next two weeks, as this will be available until April 13.

To sweeten the deal, the SSR chance is 3.3% and every player will get a free 10-draw ticket for the new gacha as a daily login bonus for up to seven days within the duration of the event.

It’s worth mentioning that this is not valid for the Japanese version of the game, which had the same celebration all the way back in November 2019 and actually already celebrated the third anniversary.

On the other hand, if you’re playing that one, you get to celebrate Sayuri’s birthday in her own dedicated event. Yet, you won’t get any freebie, but you’ll have to pay real money if you want to participate. Birthdays in Dead Or Alive Xtreme: Venus Vacation are pricey affairs.

The English version also has its own gachas for Sayuri’s birthday, which are the same that the Japanese version had last year.

You can see the trailers for all the events below.