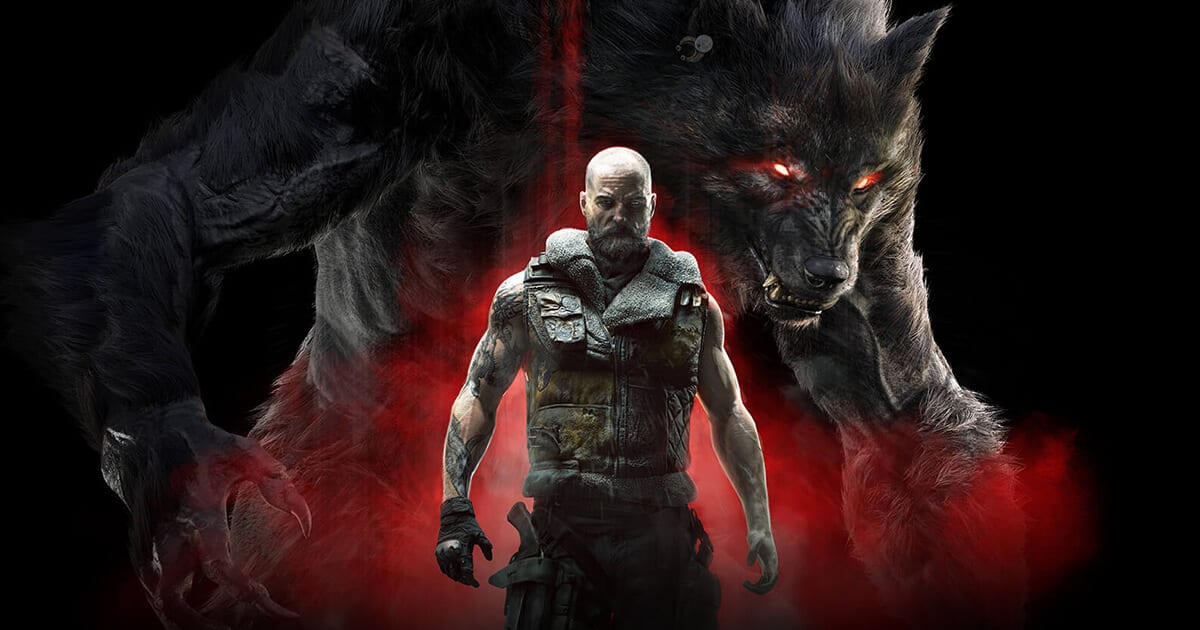 Werewolf: The Apocalypse – Earthblood on PlayStation 5

In the eternal struggle between werewolf and vampire, Werewolf: The Apocalypse – Earthblood offers a rare glimpse at the other side of the coin; here, for once, you get to play as the heroic version of the iconic mythological canine monster. Unfortunately, while it promises to do justice to the popular tabletop franchise on which it is based with a compelling action-RPG experience, it never quite lives up to the billing.

In Werewolf: The Apocalypse – Earthblood, you play as Cahal, a member of a Caern (tribe) of, you guessed it, werewolves. The game starts right in the middle of the action, highlighting the war between the werewolves serving Gaia and Endron, a corporation set on destroying the environment for the sake of money.

However, money isn’t their only goal. The Werewolves, or Garou, believe in the Triat, which is a group of three gods/spirits/deities that form the basis of how the world works. There’s the Weaver, the Wyld, and the Wyrm. The Garou make up the Wyld whereas Endron operates on behalf of the Wyrm. It’s order meets chaos, nature versus destruction.

After years away from the Caern, Cahal returns and immediately sets to help with tasks to divert Endron’s advance on the land. These missions include objectives such as shutting off a dam to kill the company’s access to power and destroying a local fracking operation.

In terms of gameplay, while its touted as an action-RPG experience, it would be more accurate to call Werewolf: The Apocalypse an action-stealth game. Indeed, that’s the lion’s share of the gameplay experience.

Entering a room with enemies, for example, drops Cahal into an immediate and permanent crouch; between using a tactical crossbow and well-planned takedowns to thin the crowd, the action takes a backseat.

My main gripe is that while stealth makes sense within the context of the story and level design, it’s annoyingly one-note in practice. Your only available option is to take down enemies with their backs to you or shoot them with the crossbow, which isn’t the silver bullet it perhaps should be given that several enemy types are immune.

You aren’t given a means of distracting enemies, either, and enemy pathing doesn’t seem patterned to allow you a gap to fit through, so it often comes across as an uphill battle it feels like you aren’t meant to win.

When getting through the stealth sections, there’s hardly any leeway to enemy awareness, either. Once an enemy goes into red alert, or sees a body and notifies the others in the room, the stealth option becomes nearly impossible as the AI is programmed to path right to you for whatever reason.

Only when you mess up or choose to go loud does the game switch gears to action. As levels are progressed room by room, each is a separate entity, and even if you go completely aggro, the next group is completely oblivious.

It’s immersion-breaking, to say the least, especially given that when one is role-playing a werewolf the tendency is to go buck wild. The spectacle of a werewolf tearing into these comparatively tiny humans is as awesome as it should be, even if that awe is something that only lasts for the first bit of the game.

Once exposed, the game insists you wipe out every single enemy, which is another bizarre design decision I found sullied the flow of the experience. When combat initiates, the game forces a transformation into the Crinos, a massive hulking beast that is very much a stereotypical werewolf.

This is cool the first couple times, but then as the game progresses and stealth becomes less and less of an option, it begins to test one’s patience.

There is a combo meter, but the game doesn’t come close to replicating the tactility of, say, a Platinum Games-esque flowy combat system, so it isn’t particularly compelling. The Crinos itself does control very well, but seeing as the majority of the game has only a handful of enemy types, it becomes less and less exciting as the game progresses.

Perhaps if Earthblood’s combat was more entertaining none of the above would be such a deal-breaker, but it just isn’t. There’s barely more to proceedings than pressing (in this case) square use of abilities until the enemies have all dropped.

Despite being a hulking monster, you aren’t immortal and immune to damage. Endron knows who they are fighting, and they know all about a werewolf’s vulnerability to silver. Being hit by silver bullets or attacks from sources coated in silver will drop your maximum health for the current battle, making it much more imperative to dodge when enemies start shooting.

Once the Crinos has built up enough fury, you’re able to unleash something called Frenzy. This limited-time attack mode combines the heavy and agile stances, giving the best of both worlds for as long as the fury gauge takes to deplete. Seeing as you instantly heal when frenzy begins, it can be necessary to turn the tides.

All character interactions in Werewolf: The Apocalypse are laid out through a utilizes a dialogue wheel similar to a BioWare game. Although unlike BioWare games, there aren’t choices to be made that will change the story or affect really anything, it’s purely informative. The only choice the game gives you is at just about the end of the story and is in the form of a binary decision.

While the missions themselves are entirely linear, it does open up at times. In one particular area –a forest–, exploring this larger area makes for a welcome break from the monotony of clearing levels room-by-room. With certain skills, the wolf form can better detect XP sources, giving at least something to do in the forest as you make your way to the next mission zone.

XP is gained through completing objectives, winning fights, and finding/absorbing spirits. Cahal can utilize Penumbra Vision, with allows him to find these spirits, usually attached to plants found during missions, have sprouted through all the concrete and metal. Greenery such as house plants and ferns can also house these spirits.

While there is a skill tree, it doesn’t feel expansive enough to truly feel like you can make Cahal your own creation. As the Crinos has two stances, heavy or agile, most of the skills are tied to either of these forms. But, seeing that most bigger fights require you utilize both forms, there is no reason to upgrade only one.

In terms of production, the voice acting does impress, especially in Cahal’s case. Voices fit the characters remarkably well, and the character models themselves are decent for the most part — though they certainly don’t push the PS5 anywhere near its limits; don’t expect graphical fidelity anywhere near the cutting edge. On the other hand, the wolf and werewolf models are pretty impressive, and many times when using the wolf form it was enjoyable to just look at it from certain angles.

As far as performance, the game runs smoothly, and even with all the zipping around you can do in Crinos form, there never seemed to be a dip in framerate. There’s certainly nothing wrong with the game from a technical standpoint, though that perhaps isn’t all too surprising given that it’s hardly the most demanding of games in terms of computing power.

Werewolf: The Apocalypse – Earthblood starts off on the right note, engaging players with the type of action I imagine werewolf fans will find exciting. It quickly runs out of puff, though, and what excitement there is to be had is spoiled by too much tedium in between. Ultimately, enthusiasts of the Apocalypse TRPG are unlikely to feel satiated by what is a rather shallow video game experience overall, which makes it difficult to recommend to those outside the hardcore fanbase.