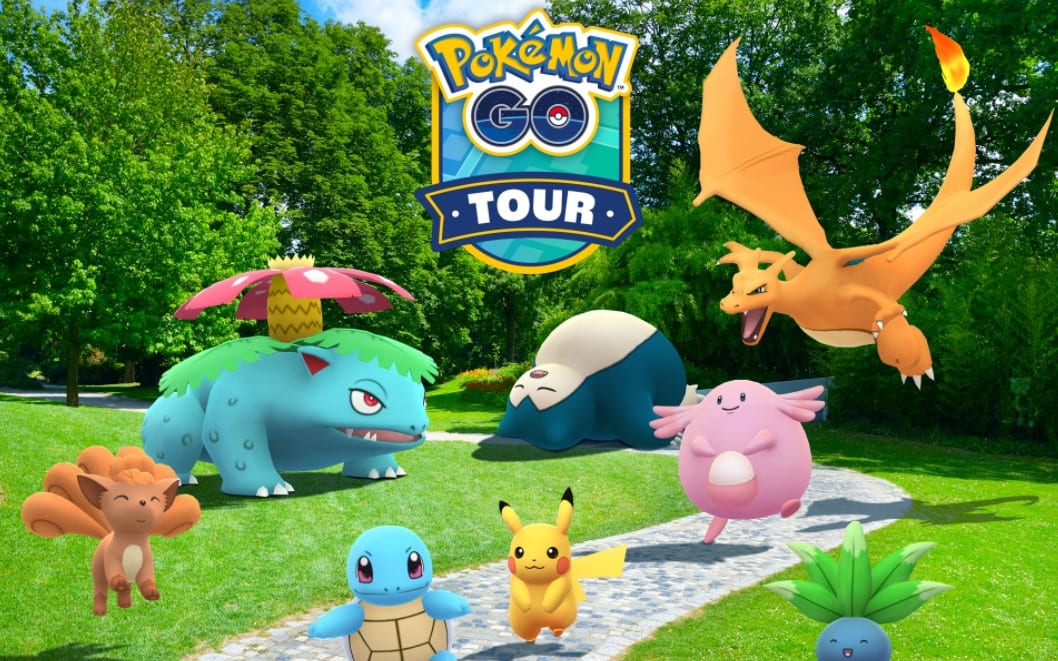 This past weekend, Niantic helped kick off the festivities for the 25th anniversary of the Pokemon franchise by hosting the Pokemon GO Tour: Kanto event in its popular mobile creature collection AR game.

This was hardly its first rodeo when it comes to world-wide events, but none have been quite as well-run or as curated as Pokemon GO Tour: Kanto.

Back when the event was announced in December, the task of obtaining all 150 original Pokemon within 10 hours was one heck of a daunting task. Fortunately, Niantic had the foresight to realize that giving players a full week after the event was a good plan.

But when it came to the day of the event, Niantic gave players plenty of opportunities to obtain the 150 original Pokemon within the 10 hours of Pokemon GO Tour: Kanto.

There were free Remote Raid Pass bundles, tons of free regular Raid Passes, and even a 200 Poke Ball bundle. On top of that, all of the hourly collection challenges rewarded players with ridiculous amounts of Great Balls and Ultra Balls.

The hourly collection challenges that were based on the towns from Kanto even cycled through two times during the 10-hour-long event, and each one-hour block only had 10 specific Pokemon that you had to catch.

The Pokemon GO Tour: Kanto challenge that players seem to be having trouble with on social media now is the raid challenge which involves catching the legendary birds, Mewtwo, and the region-exclusive Kanto Pokemon.

The region-exclusive ‘mon are gone from raids now, so it’ll be extremely difficult to finish for those who missed out on the day of the event. But to be fair, Niantic gave players enough free raid passes (nine regular, three remote) to complete all eight required raids within 10 hours.

What’s more, certain Pokemon that needed lots of Candy for evolutions like Eevee and Magikarp were dropping ridiculous amounts of Candy. Eevee only requires 25 Candy to evolve, but using a Pinap Berry made it drop 26 for a single catch. And a single lowly Magikarp catch during the event would earn you 80 Candies with a Pinap Berry, making it much easier to reach the 400 Candies needed to evolve it into Gyarados.

The only somewhat difficult task in Pokemon GO Tour: Kanto was finding the GO Tour Challengers hiding out at PokeStops. Defeating them wasn’t hard by any means. Instead, it was the sheer number of battles you had to win that made the event drag a bit.

My city has plenty of PokeStops within walking distance that are also reachable from parking spots, and I still had to go back and forth between different parks a couple of times just to complete every battle. But in the end, it was just a minor inconvenience in an otherwise fantastic event.

Fortunately, that was the only part of the game that required players to leave their house (unless you live on a PokeStop). All of the Pokemon you could encounter in the wild during Pokemon GO Tour: Kanto were also attracted to Incense.

On top of that, you could use free remote raid passes to raid from home. Trading distance was increased to 40 km, so you could have traded with friends a few towns over while laying on your couch. The majority of this event was extremely safe and accessible from home.

Best of all, the game ran ridiculously smoothly all throughout my time playing Pokemon GO Tour: Kanto. There was one hiccup where I wasn’t able to invite friends to a Zapdos raid, but simply restarting the app took care of that.

This was a massive step up from Pokemon GO Fest this past Summer. The first hour of that event was a huge mess that rendered the game essentially unplayable during the beginning of GO Fest. But to Niantic’s credit, the rest of the event went exceptionally well.

I should make a side note here that there were some issues with Pokemon GO before GO Tour kicked off in the US. Your experience may have been a bit different from what mine was if you were playing in Europe, Asia, Africa, or Australia.

No matter how you look at it, Pokemon GO Tour: Kanto was a huge step in the right direction for Niantic. Not only was it a fun event, but it was extremely accessible for people playing from home, and the game didn’t even suffer any performance issues during my playing hours.