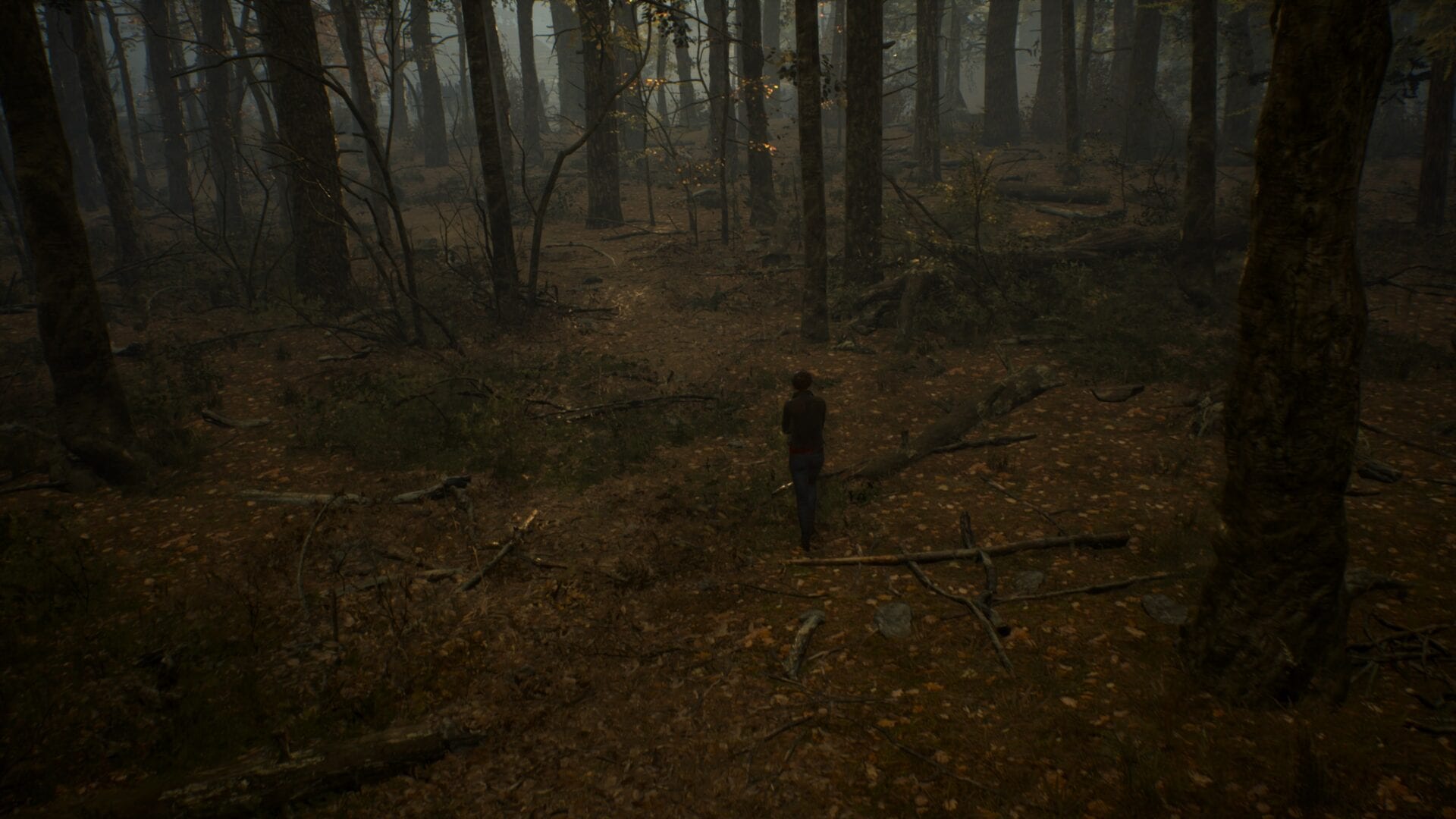 Finished The Medium? Have absolutely no idea what just happened? You’re not alone. Depending on how closely you’ve been following the story, things can get a little tricky to understand, especially if you’ve not been picking up the collectibles scattered throughout Niwa. In this The Medium ending explained guide, we’ll run you through everything that happens in the final 5-10 minutes of Marianne’s story, including that strange post-credits cutscene.

For the purpose of keeping things relatively to the point, we’re going to quickly summarize the conversation Marianne has with Spirit Thomas after piecing the mirror back together in the bunker, before explaining those final scenes.

*** Be warned, there are spoilers for The Medium ahead. Specifically, we’ll be going over the closing events of the game, which answers and explains a lot of the questions you have around the story. If you’re looking to enjoy the game spoiler-free, turn back now. ***

After finally putting the mirror back together, Marianne meets Spirit Thomas. He thanks her for helping fight back against the monster, and explains that ‘The Hound’ — Henry’s darker side in the spirit world — had trapped Spirit Thomas away when he went to confront Henry’s past. He hasn’t felt normal Thomas’s presence ever since.

He explains that Thomas is indeed Marianne’s father, and so Lily — Sadness — is her sister. Lily is also a medium and when Richard hurt her, it awoke a dark, sinister spirit inside her. Something terrible that eventually got out. It’s what her father feared and tried to avoid over all of these years.

It’s also why he put Lily down in the bunker and ultimately had to call Marianne. The dark spirit was getting stronger and stronger, ‘wearing’ out the skin suits that weren’t a medium, sapping them dry like the deer found in the forest.

Spirit Thomas tells Marianne that Lily can still be saved, and the monster — The Maw — can still be stopped. She must find Lilianne at the lake.

Marianne Finds Lilianne at the Lake

Upon finding Lilianne at the lake, Marianne explains that she wants to save her. Lily explains that it’s her fault that The Maw was set free. When Henry tried to burn down their house with them inside, The Maw said he would save both Lily and Marianne if Lily helped set it free.

Lily agreed and so the two girls were saved. However, in freeing The Maw, Lily caused the Niwa massacre as The Maw tore through the holiday resort, wearing out skin suits like nobody’s business.

Because Lily survived, so did her demons — The Maw. Thomas knew that her powers were too dangerous to be left unchecked, so he left Marianne at the hospital in a coma, so she could live a normal life upon reawakening.

He couldn’t kill Lily, it was his own daughter after all. Instead, he chooses to lock her away, only delaying the inevitable. The monster got out, and it was at this point that Thomas decided to ring Marianne.

During this conversation, we also learn about the vision that Marianne had right at the very beginning of the game — ‘It all starts with a dead girl.’ The one running through the woods is actually Lilianne, and Thomas is the man chasing her. It isn’t a vision of the past but something Lily wants to happen.

She gives Marianne the gun to kill her, to put everything — including The Maw — to an end. The Maw cannot be sent away while the host is still alive. It’s why Marianne has been unable to send the monster away once and for all in her previous meetings, and why Sadness can’t go. Lily can’t pull the trigger on herself, as the monster won’t let her. Only Marianne can do it.

Marianne comes up with another idea. She can kill herself, as the monster needs a medium strong enough to sustain it.

Who Was Shot? – The Medium Ending Explained

At this point, Marianne points the gun at herself. A gunshot is heard and the screen fades to black. Marianne reminds us that ‘you can’t save everyone’ before the credits roll.

From that, we can gather that Marianne killed herself in order to free Lily from her suffering. While Marianne had lived a happy life, Lily/ Sadness had been stuck in a bunker, trapped with The Maw, essentially in torment for years on end.

Marianne kills herself to starve The Maw of the medium it needs to sustain itself in the material world. In doing so, we’re led to believe that The Maw is killed, and Lily is given some freedom and finds happiness in the years that follow the events of The Medium.

In a brief post-credits cutscene, we see a mysterious character in the spirit world by what appears to be the abandoned red house. We say it’s the red house.

The camera is focused on a pocket watch lying on the floor. Eventually, a character walks over to it and picks it up, and that’s where the scene ends. So what’s going on exactly?

Well, we’d hazard a guess that it’s Thomas, possibly the real Thomas. Given that Spirit Thomas had mentioned he hadn’t ‘felt’ material-world Thomas since the Hound trapped Spirit Thomas in the spirit world, there’s a chance that the material world Thomas is in there as well.

Either way, it seems like that it’s one of the two Thomas’ in The Medium’s post-credits cutscene. The pocket watch that is picked up is the same one that is referenced as a 10th-anniversary gift to Thomas by his wife. The box and receipt for this can be found in the basement of the red house.

Will There Be a Sequel?

The Medium’s post-credits cutscene definitely suggests there could be a sequel on the cards that’ll bring all of the events to a resounding close. That being said, if Marianne did shoot herself by the lake, it would mean we could be looking at a new protagonist altogether.

Perhaps we’ll follow Lilianne as she wrestles with The Maw once and for all, while also trying to find her father. We’re just speculating at this point, but that’d be a neat idea if you ask us.

And there you have The Medium’s ending explained. Looking for more on the game? Check out more of our coverage down below, read our review, or see why we felt it was a perfect launch title for the Xbox Series X.