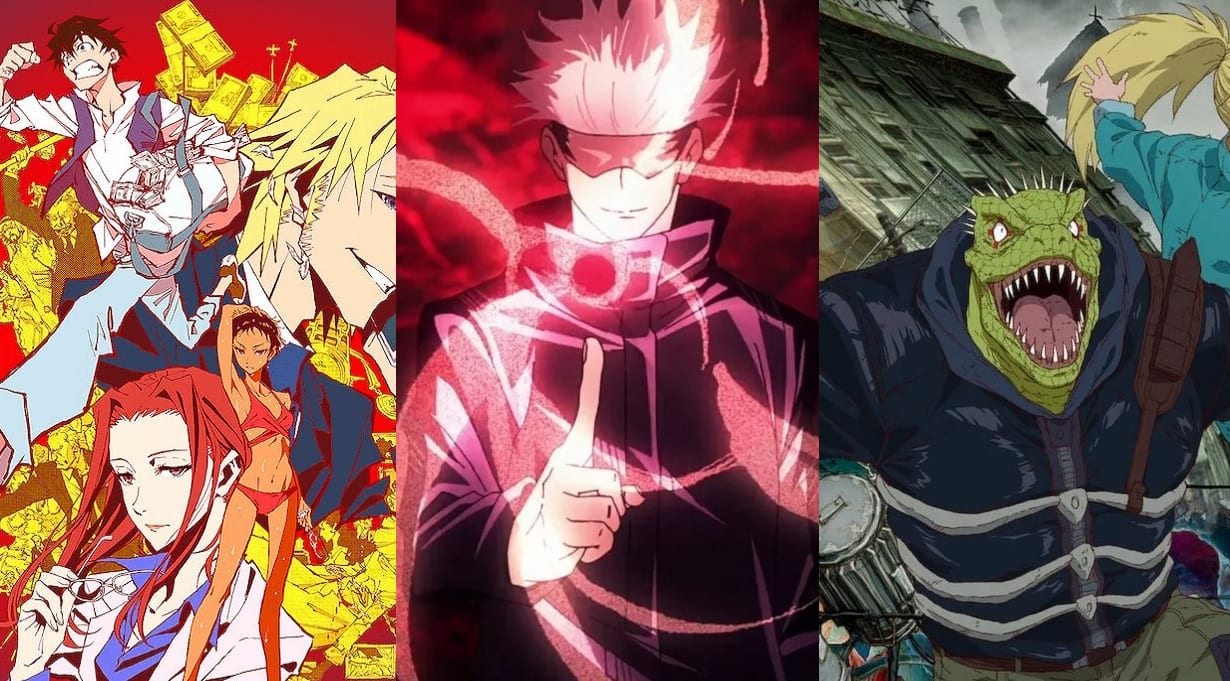 Award season is upon us here at Twinfinite, and this year we’re going to look back at an amazing roster of anime releases, as we break down the best anime to come out in 2020.

Voted on by our brain trust of our most dedicated anime weebs, the following were the best anime released in 2020, as each series managed to innovate the genre in fun and memorable new ways. Before we get to our top voted anime, we’ve got a few honorable mentions to discuss below.

Editor-at-Large Tony Cocking:  Right from the opening, ID Invaded is the embodiment of the word ‘fractured.’ This fracture is most apparent in the literal sense, as we are dropped into a strange universe where bodies are incomplete, and locations drift lazily through the ether as if the whole place had been hit by an existential bomb.

More significantly, however, our interpretation and knowledge is fractured.

It’s unclear what’s going on in ID Invaded or why it’s happening, and there are sizeable blanks to be filled before we can make any sense of it all. To this end, Sakaido acts as our proxy. Devoid of any memories, he has to use his natural intellect to navigate his way through this bizarre puzzle, unknowing of the rules and the deadly foes who dwell within.

It’s pretty grim, but that’s what makes it all so enticing.

ID: Invaded asks a lot of its viewers, and if you’re not paying attention, you may miss out on a critical cue that will leave you bewildered. But this lack of handholding is its greatest strength, with engaging events, breathtaking twists, and characters you will root for or others you will despise.

This is a visual spectacle, a gripping narrative, and bold symbolism wrapped up into one package.

Staff Writer Andrew McMahon: On the surface, Tower of God seems like just another typical battle anime where the protagonist starts out hopelessly weak only to become seemingly invincible whenever the plot dictates it. It only takes a couple of episodes into this new anime before you realize that simply isn’t the case.

While Bam certainly is deceptively powerful, his charm and naivety are the true focus of Tower of God, as these characteristics stand out amidst an otherwise cruel and mysterious world.

As a result of this, characters gravitate toward his innocence, looking to recapture a bit of their own purity while simultaneously protecting Bams.

The relationships that are formed and the stories that come about because of them are the true heart of what makes this show so good already.

The best part about Tower of God, though, is that it has so much potential. Its magic system, structure, characters, and setting are already built up so well, and we’ve only scratched the surface of what the original source material has to offer.

You’re going to want to get in on this show while we are still on the ground floor of the Tower, as Tower of God is definetly going to take off the longer it is around.

Staff Writer Ethan Anderson: Great Pretender is a Netflix Original anime series that goes above and beyond expectations in just about every way. It’s a crime comedy that follows a band of cunning tricksters as they finesse their way into gaining millions of dollars.

Makoto “Edamame” Edamura considers himself the greatest swindler in Japan. But it doesn’t take long before he’s scammed by even bigger scammers ⁠–⁠ Laurent Thierry and his group of “confidence” men and women who steal from the rich and give to themselves.

Edamura is soon pulled into Laurent’s borderline insane schemes that span the globe. Great Pretender will take you to Los Angeles, Singapore, London, and beyond, as the high-stakes cons know no borders.

Great Pretender shines both literally and figuratively with its vibrant visuals, jazzy soundtrack, and a clever plot. It also has one of the best English dubs out there, with the first episode mixing in accents and language barriers between characters.

The Ocean’s Eleven-style heists never get old, but it’s those characters that really make the show. Their moral limits, past traumas, and distinct personalities will keep you hooked through the anime’s two seasons.

If you’re looking for a crime anime with plenty of positives and then some, look no further than Netflix’s Great Pretender.

Staff Writer Andrew McMahon: Dorohedoro is the most bizarre and fascinated anime to come out of 2020. In the first few minutes alone, we not only see someone get shoved into a crocodile-headed man’s mouth, but we also learn that there is somebody that lives inside of it that is looking for answers.

If that elevator pitch was enough to convince you, then you’re certainly in for on hell of a ride, as that is literally just the tipping point of Dorohedoro’s odd iceberg.

This horror-comedy follows Kaiman, the crocodile-human hybrid with a man in his mouth, as he tries to find the wizard that turned him into what he is today.

Along the way, Kaiman meets all sorts of interesting people, resulting in hilarious, crazy, and gory hijinks. From a zombie hunting competition to a baseball game where you need to avoid an endless pit while rounding second base, there are so many insane things going on in the show, and they’re all hilarious.

Even the bad guys are charming and charismatic in Dorohedoro, as the show devotes plenty of time to fleshing out the would-be antagonists, known as the En family.

In fact, so much time and character development is given to this crew that I honestly love them as much, if not more, than Kaimen’s own entourage.

In short, it is essentially a way more messed up version of Harry Potter, one where the wizards experiment on the muggles to improve their magic but also have a little fun.

Even if you aren’t a big horror fan, I implore you to give this one a go, as it is one of the best anime to come around in a very long time.

Staff Writer Keenan McCall: While they may be the most popular type of anime around, it’s rare for a shonen anime to stand out as the best among a year’s offerings. However, in the case of Jujutsu Kaisen, it’s hard not to point to it as an exemplar of the medium.

Everything about the series is a step above what one would expect. Where one would expect a simple supernatural investigation series with some battles mixed in, they find characters struggling with the weight of what it means to live a good life and pass on without regretting an unfulfilled life.

When one thinks the protagonist Itadori will be the typical “cheerful in even the most dire scenario” type, able to turn even the worst situations around, the series reveals he’s flawed, unable to save everyone he cares about.

And that’s just covering the story and writing. From an animation and art standpoint, it’s a marvel to look at. The show springs to life with fluid sakuga during the series’ fight scenes, while the quieter moments convey their beauty and weight with expertly used colors and designs.

It’s a fantastic series, plain and simple, and while it may only just be getting started, there’s little doubt that Jujutsu Kaisen stood out as something extraordinary.