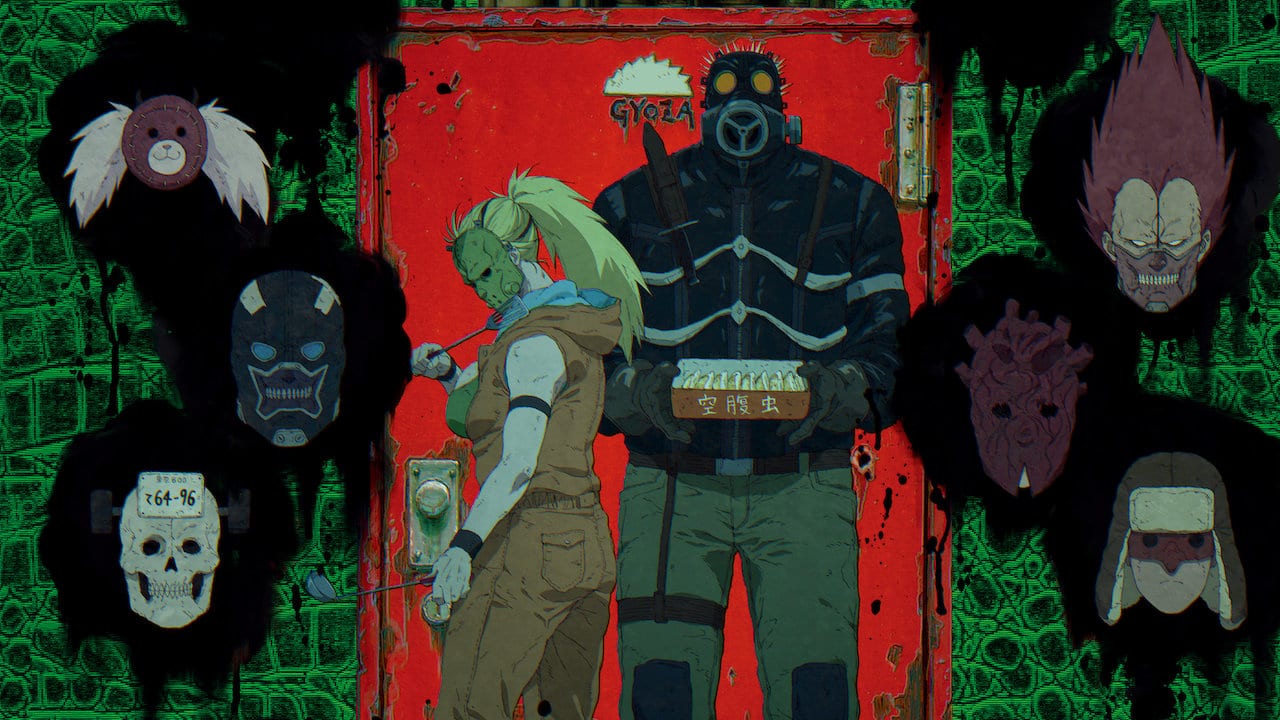 Ever wondered what it would look like if the wizards from Harry Potter obtained their magic from the devil(s) and used it to experiment on Muggles? Well, that is essentially the premise of Dorohedoro.

The story takes place in a post-apocalyptical world, split between two dimensions separated by magical doors, following Caiman, a lizard-headed man, as he searches the sorcerer who cursed him and took his memories.

While the show may seem like a gore-filled nightmare on the surface, there is a lot to love about one of Netflix’s newest originals –even as a non-horror fan. Below, we’ve compiled four reasons that even casual viewers will enjoy Dorohedoro.

Dorohedoro has one of the most brutal and wackiest worlds ever created in anime. Each dimension is filled with things that can ruin your day in an instant.

In The Hole, you may just be walking along one day and are attacked by a huge bug-man, named Jonson, that shouts one-liners at you while he tries to eat you. In the Sorcerers’ world, there are so many powerful magic users that there is a chance you could accidentally get turned into a mushroom for simply being in the wrong place at the wrong time.

Yet, despite all of this chaos, the world of Dorohedoro still has this unique charm to it. Whether it’s the downtrodden citizens of The Hole or the wizards in the Sorcerers’ world, everyone has accepted their position and makes the best of it.

There are parties, festivals, and celebrations in each dimension and people have day jobs they have to attend to make ends meet. There is a weird order to each world and most just work around the oddities and live their daily lives.

Even nights where the dead come to life are made fun events in Dorohedoro, as Caiman and the other residents of The Hole ban together to kill them all, making a game of who can kill the most all the while.

The whole thing has a Mad Max mixed with magic vibe to it.

While the bulk of the story is told through the perspective of our protagonist, Caiman, Dorohedoro does a great job of telling more than just one side of the story via the En Family.

From idiots like Ebisu to the big bad himself, En, it isn’t long before the show lets us get to know the would-be antagonists, exploring their daily lives, even devoting full episodes to their exploits.

And even though they are definitely evil, killing more than their fair share of people throughout the show, the group has an odd wholesomeness to them.

Everyone in En’s family seems to care about each other, regardless of how low or high on the totem pole they are. As such, it isn’t long before they are just as important and likable as the main cast of characters that Dorohedoro tells its story through.

It is human nature to be curious about something mysterious. So when Dorohedoro presents you with the mystery of “The Man in Caiman’s mouth” just a few seconds into the first episode, there is no doubt that you’re at least asking questions and wondering what’s going on.

It’s those questions and that mystery that drive the plot forward in Dorohedoro. While there is plenty of stuff happening around the main story, everything comes back to the Man in Caiman’s mouth and the mysterious alley that Nikaidō found him in.

Who exactly is Caiman? Why doesn’t magic work on him? Is there a reason gyoza is so delicious?

While we don’t have a definitive answer as to what exactly is going on with Caiman’s backstory, what’s been shown so far is more than enough to keep me hooked.

I’ve never been a huge fan of horror, so even sitting down to watch Dorohedoro was a bit of a step out of my comfort zone. It doesn’t take long to realize that the show is the furthest thing from scary, though, as it is actually hilarious.

The jokes, one-liners, and reactions to the bizarre situations the characters find themselves in are both funny and oddly comforting. Just about every character handles themselves confidently when reacting to stuff that should be scary.

The way characters handle situations head-on allows viewers to overcome their fear and see the dark humor in things because the characters themselves aren’t afraid.

As soon as you see Caiman chow down on gyoza or the big bad En family going shopping for formal wear –right after they bring Ebisu back from the dead again– all of your fear is sure to melt away.

Honestly, I’m not sure I’d classify Dorohedoro as a horror anime. If I had to classify it as one genre, it’s more of a dark comedy.

I dare say it may even be the funniest anime I’ve ever seen… and that is coming from someone who doesn’t even like horror.