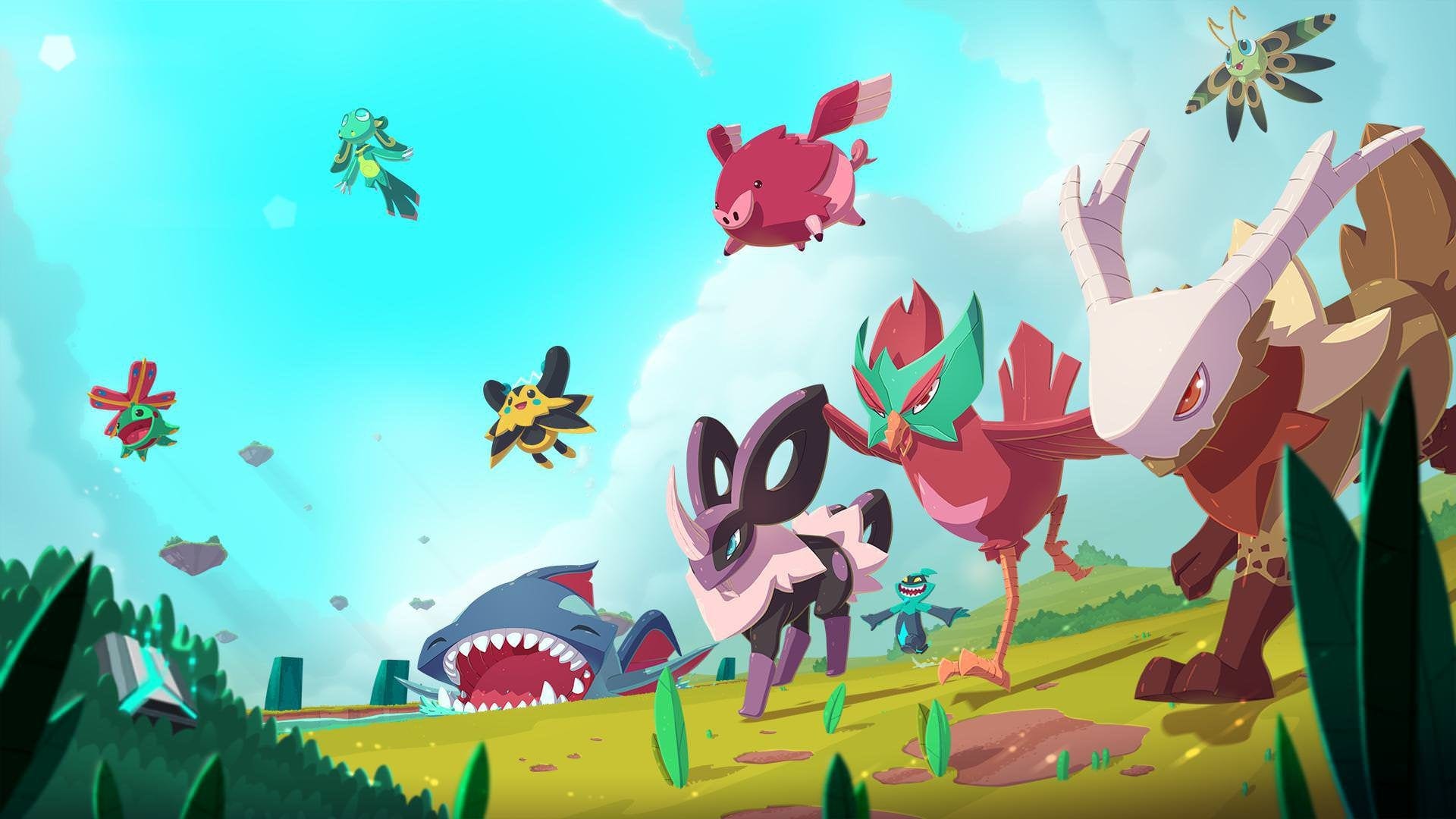 It is a guarantee that upon reading the headline your mind went immediately to Pokemon clones you have already played/enjoyed. At this point in video games, Pokemon and monster taming might as well be their own genre, as it is such a both broad and very specific identifier.

In this rough year there have been moments of brightness, and anyone still jonesing for more after playing Sword and Shield last year and all of the DLC this year will finally find some solace.

Temtem is rather unique in that it takes the concept of Pokemon and molds it into an MMO of sorts. As you might expect, it adds a splash of co-op and actual communication with other players. The co-op aspect is a wonderful change as it makes Pokemon the larger community game it deserves to be,

As with classic Pokemon (pre-Sword and Shield) monster’s appear through random battle while walking.

Temtem is more in line with recent 3DS releases and Sword and Shield as the game is in 3D. Temtem are captured through TemCards that the animation appears to show will digitize a monster.

Battles are in 2v2 and Temtem skills are based off of a stamina system rather than a set number of uses per move as with the PP mechanic in Pokemon.

Temtem is still currently considered to be in Early Access and will fully release sometime in 2021. Twinfinite has a whole Guide Wiki for Temtem if you need some help after picking it up.

Nexomon: Extinction is far more like the earlier games than the rest of these Pokemon clones. It’s all in 2D (with the usual Pokemon overhead view) with over 300 Nexomon to catch.

Battles play out 1v1, and Nexomon can be enhanced with special gem attachments that give boosts such as more XP, a clone of the EXP Share at different percentages, more money from fights, and even stat boosts.

Similar to Temtem, the game features a stamina system in battles that can cause Nexomon to take a break if they don’t have the stamina to use any moves.

Nexomon are caught with Nexotraps that are simply pyramid shaped Pokeballs. When using a Nexotrap the game directly says the odds of catching the specific Nexomon.

This can be augmented by feeding the desired Nexomon or by using one of the many element specific Nexotraps. Further helping that are whistles found in treasure chests all over that will make Nexotraps more effective.

There are over 300 Nexomon to collect and capturing plays out just about in the classic Pokemon way. When walking around clumps off grass will move, you must step into one of the moving clumps to begin the wild Nexomon battles.

Monster Sanctuary plays quite a bit different than games above as it is a metroidvania. Yes, you read that right and are correct to wonder how this could be considered among the Pokemon clones.

Monster Sanctuary, while being a metroidvania involves both acquiring monsters and (3v3) battles. The monsters themselves are the abilities as each one can do different things.

Abilities includes things such as helping you float over obstacles a short distance, breaking through progression blocking vines/rocks/walls, and even creating a rock to add a platform for just slightly more jump height. The player is followed by whatever monster is currently selected for ability usage.

There isn’t exactly a taming system. Instead after every battle you have the chance to receive an egg from the monsters you defeated to hatch your own.

Hatching occurs on the spot, no need to walk around for a specified distance. There are 100 monsters to collect, and quite a bit of grinding for new monsters than in other Pokemon clones.

While the party is still only six, monsters captured after the initial six aren’t sent anywhere and can be swapped in whenever and selected for their abilities at any time.

Leveling up awards skill points that are then used in skill trees that are unique to each monster. You can choose to use the points on things like better mana regen (similar to the stamina system in the above games), power up stats/attacks, or even learn new attacks.

Monster health levels and status conditions heal automatically after each battle, so there is no use for Pokecenter equivalents.

There they are, the three Pokemon Clones from 2020 that you should check out. If you happen to give any of them a go, swing on back by and drop of a comment of your thoughts.