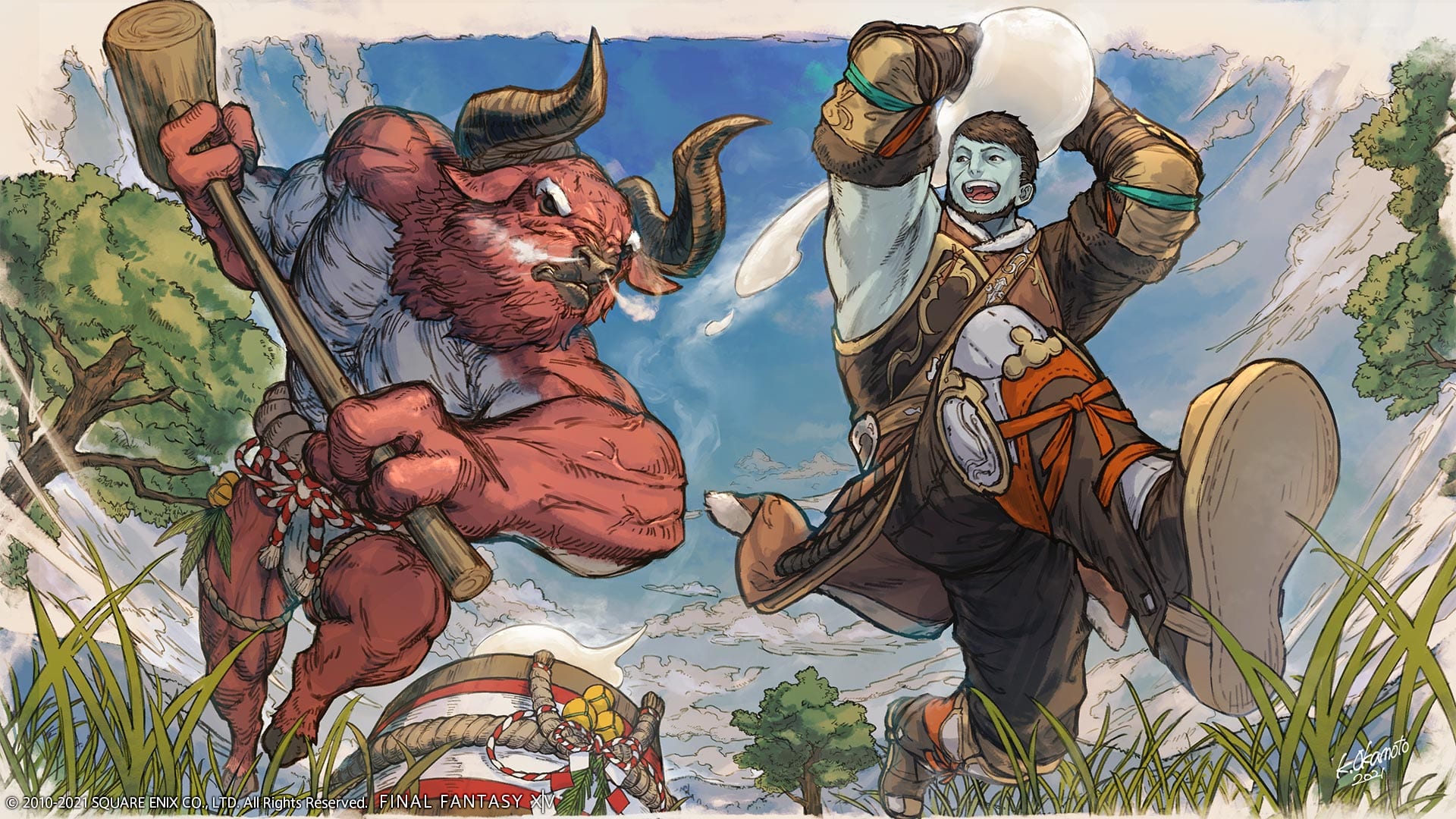 The celebration will, as usual, be themed after the Chinese calendar, meaning that it’s all about the year of the Ox.

In order to enjoy the event, players over level 15 will have to talk to the Ushi Bugyo on the Limsa Lominsa Upper Decks.

The prizes will be the traditional Kabuto (samurai helmet) fashioned with an Ox head in red and black, and a Hendmade Akebeko furniture item.

If you’re wondering, an Akebeko is a representation of a legendary cow from Japanese folklore, turned into a traditional toy with its head bobbing up and down and from side to side.

Heavensturn is an established tradition in Final Fantasy XIV. The first edition, celebrating the year of the rabbit, was launched just a few months before the disastrous release of the first incarnation of the game in 2011.

Every year since has its own Heavensturn, excluding 2013, when the celebration of the year of the snake was skipped because the game was closed in preparation for A Realm Reborn.

Currently, the Starlight Celebration is going on in the popular game, and we celebrated the 10th anniversary of the advent of Naoki Yoshida as director and producer. You can also watch a new video focusing on Shadowbringers’ story and featuring a new arrangement of its theme song.