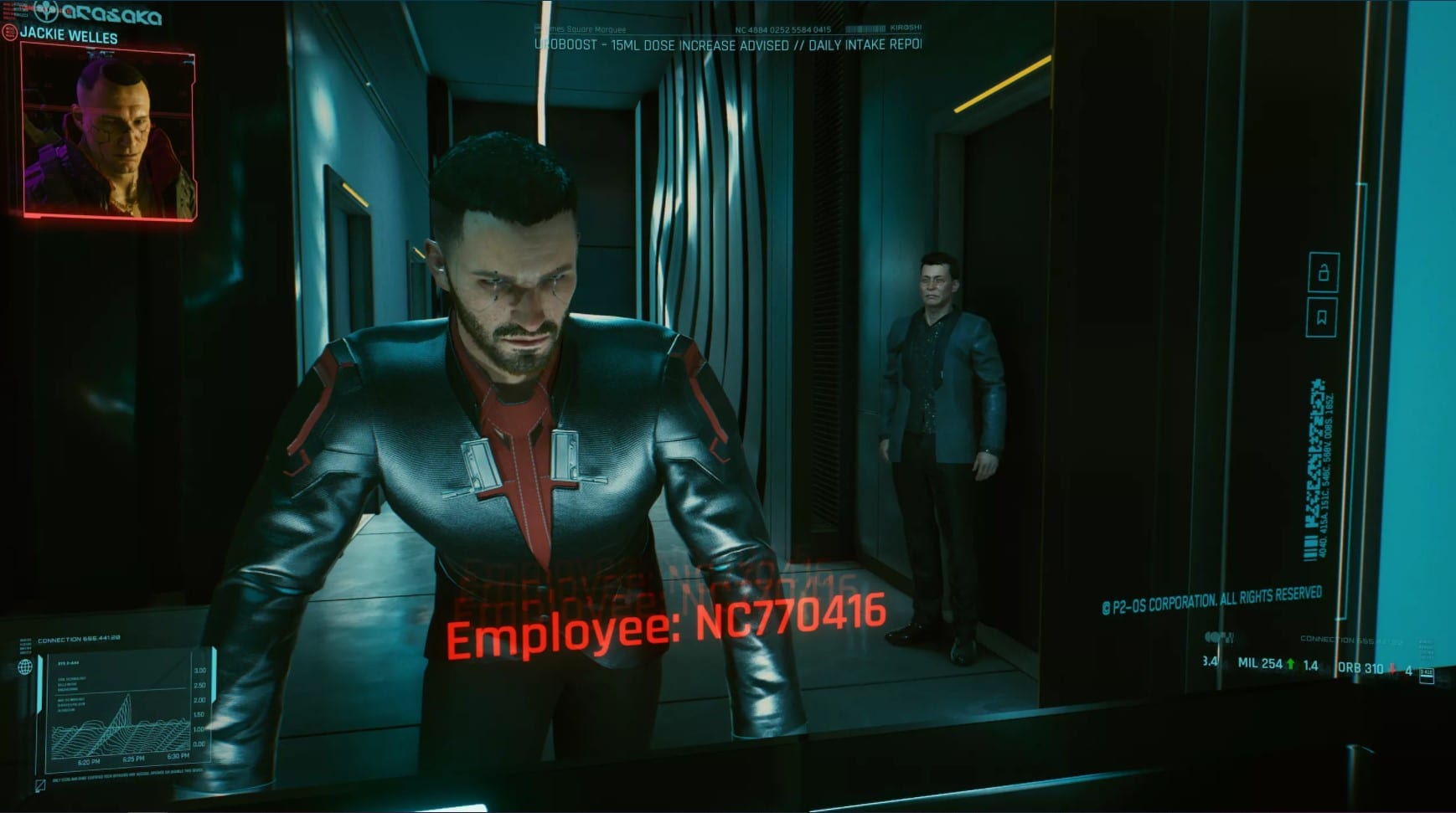 At the very beginning of the Corpo lifepath in Cyberpunk 2077, V will be pukin’ up their guts in a fancy corporate bathroom. During this, another Corpo walks on in and looks incredibly like a certain Tesla CEO. That’s right, everyone thinks that a certain character is Elon Musk in Cyberpunk 2077, but is it actually him?

First off, let’s take a look at the character everyone seems to think is Elon Musk. Here he is:

Yeah, that guy in the background donning the sleek suit. Admittedly, he does look remarkably like Elon Musk, and given Musk’s ‘corporate’ lifestyle as a CEO of Tesla and SpaceX, it’s fair to think that CD Projekt Red has teamed up with Elon to give him a brief cameo in Cyberpunk 2077.

Alas, the short answer is no, Elon Musk is not in Cyberpunk 2077 at the time of writing.

This was confirmed by a PR rep for Cyberpunk 2077 to Business Insider when they spotted him lurking in the background of the Corpo intro.

There’s still a possibility that Elon Musk could show up in the game sometime in the future. His partner, Grimes, already has her own cameo in the game, and Elon Musk’s already exchanged various hints that he may show up in Night City at some point.

For now, though, it appears as though you’ll have to keep on waiting to meet Elon yourself. Perhaps he’ll rock up in Night City in his Cybertruck in one of the free DLC drops coming next year. We can dream, fellow Night City citizens, we can dream.

That’s everything you need to know about a possible Cyberpunk 2077 Elon Musk cameo. For more tips, tricks and guides head on over to our guide wiki, search for Twinfinite or check out more of our coverage on the game below.