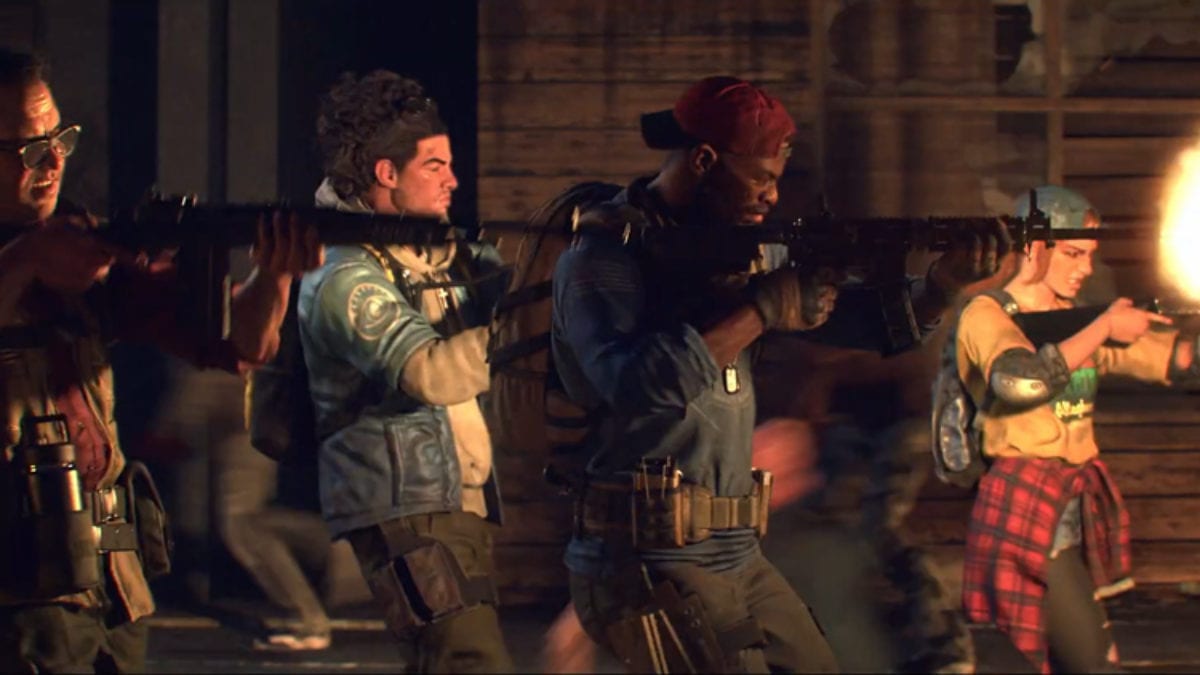 Announced at The Game Awards just over a week ago, Back 4 Blood is a new co-op shooter game from Turtle Rock Studios, best known for releasing the ever-popular Left 4 Dead and Left 4 Dead 2 soon after that. Even to this day, L4D2 continues to be one of the best and most enjoyable co-op zombie shooter games to play on PC, and with Back 4 Blood, it’s clear that Turtle Rock is finally ready to refine that formula even further and take things to the next level.

I got a chance to check out the closed alpha over the weekend, and right off the bat, it certainly looks and feels like L4D2. The satisfying chunky gameplay is still intact; landing headshots with guns feels satisfying, as does lobbing off zombie heads with a machete or spiked bat.

The closed alpha gave me access to four different characters, each with their own passive perks to cater to different play styles. Evangelo is the slippery one; he moves fast, and has the ability to slip out of an enemy’s grab every few minutes. Holly specializes in melee combat, Walker is a tankier character with extra HP and extra ammo capacity, while Hoffman is more of a support character who can carry extra support and offensive items.

They all feel distinct, and even without any semblance of a story, they already feel every bit as charming and personable as the cast of L4D2.

The alpha only gave us access to Evansburgh, a level split into four different acts that get increasingly difficult. The level design still feels fairly preliminary for now, but you can rest assured that they’re long and gruelling, and if they’re not enough of a challenge for you, you can bump up the difficulty twice more to really put yourself through your paces.

Evansburgh takes players through part of an abandoned city where they’ll get to explore tall buildings, a swamp, a factory, and a ferry. Along the way, you’ll meet mutated zombies in the form of Bruisers, Hockers, and Retches, all of which come with L4D-esque abilities that will make you stop in your tracks. They feel fairly easy to kill, especially compared to L4D2’s mutations, but they’re still dangerous enough that you need to focus all your attention on them as they can make short work of your team.

What’s new in Back 4 Blood is the introduction of the card and deck-building system. At the start of a match and each time you reach a safehouse, you can draw a card from a deck that gives you some sort of bonus in-game. Conversely, enemy cards are also drawn to make the matches feel somewhat randomized and more dangerous.

Enemy cards can shroud an area in fog, or spawn more runners and more armored enemies. Coupled with player cards, it was a blast to run through Evansburgh multiple times just because of the randomness of the cards and the excitement of seeing what you’d draw next.

For instance, Evangelo or Holly could become somewhat self-sufficient with a card that allowed them to restore 2 HP with each melee kill. When you pair that with cards that increase your melee damage, or give you more movement speed with melee kills, you can create a pretty powerful melee build and go through most of the level that way.

From the main menu, you can edit your deck to control the kinds of cards you’ll get to draw at each safehouse. You can go for cards that increase your chances of getting more Copper during a level, which can then be spent at a safehouse to buy items like grenades, defibrilators, and medkits. You can also purchase ammo, as well as weapon attachments to make your guns even more powerful.

The card and currency systems make Back 4 Blood feel fresh and exciting each time you run through the level, and with more characters on the way, this game certainly has the potential to surpass L4D2. At the time of writing, the only gripe I have is that some of the enemy randomizers can potentially make certain acts feel almost impossible to clear.

Case in point, the very final act of Evansburgh tasks players with planting two explosives on a ferry to blow it up, all while trying to fight off an endless horde of zombies. My team and I ended up beating our heads against the wall for this final task as it just felt like there was no way to punch through the endless waves of zombies, Bruiser after Bruiser, Retch after Retch.

It could very well be a case of us just needing to get better at the game, but considering how we were able to clear every challenge preceding that final level, it felt more like an unfair difficulty spike or a case of us getting unlucky with randomizers.

Either way, even in its alpha stage, Back 4 Blood shows a lot of promise. With more characters, stages, and some more polish, this could very well be the new zombie co-op shooter game to go to.