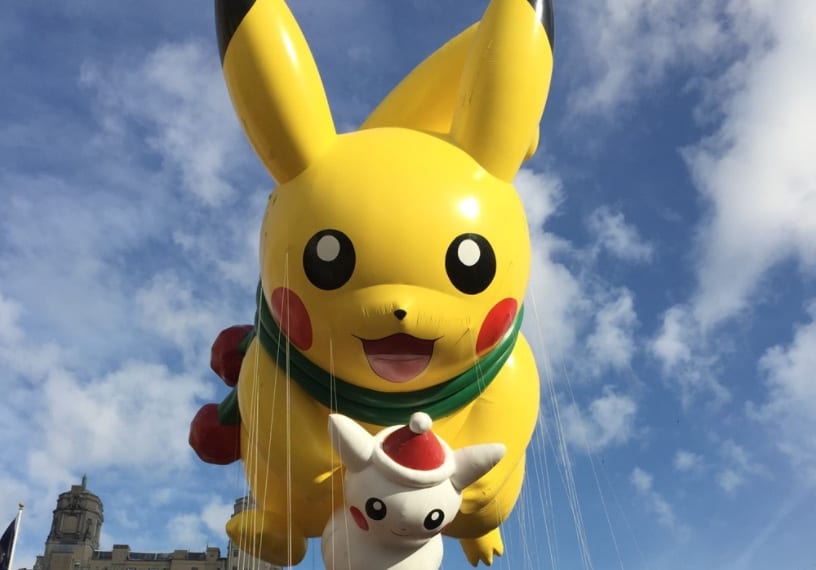 The Pokemon Company has announced via a press release that the Pokemon franchise will be making a return to New York City’s annual Macy’s Thanksgiving Day Parade. Instead of just having a big ol’ Pikachu float as they usually do, this time there will be a troupe of dancing Pikachu that will be performing in the parade alongside the iconic giant balloon.

And according to the press release, “Pokemon fans will want to tune in to find out why they’re making a special appearance this year.” It seems that The Pokemon Company is teasing some sort of announcement that will be unveiled during the parade.

Yes, the annual Macy’s Thanksgiving Day Parade is still happening in the year that is 2020, but it’s virtual this time around and people can tune in from the comfort of their own homes on Nov. 26 via NBC.

There won’t be crowds of people there but the performances, balloons, and floats will still be present.

It’s worth noting that this celebration will mark the 20th consecutive time that a Pikachu balloon appeared during Macy’s parade.

As far as what the teased announcement could be, there are several Poke-related projects in the works that we still don’t know too much about. There’s Pokemon Sleep, New Pokemon Snap, and there’s still a Detective Pikachu sequel in the works.

Make sure to check back for updates on what happens during the event. And also, I really hope these dancing Pikachu’s are wearing masks and social distancing.