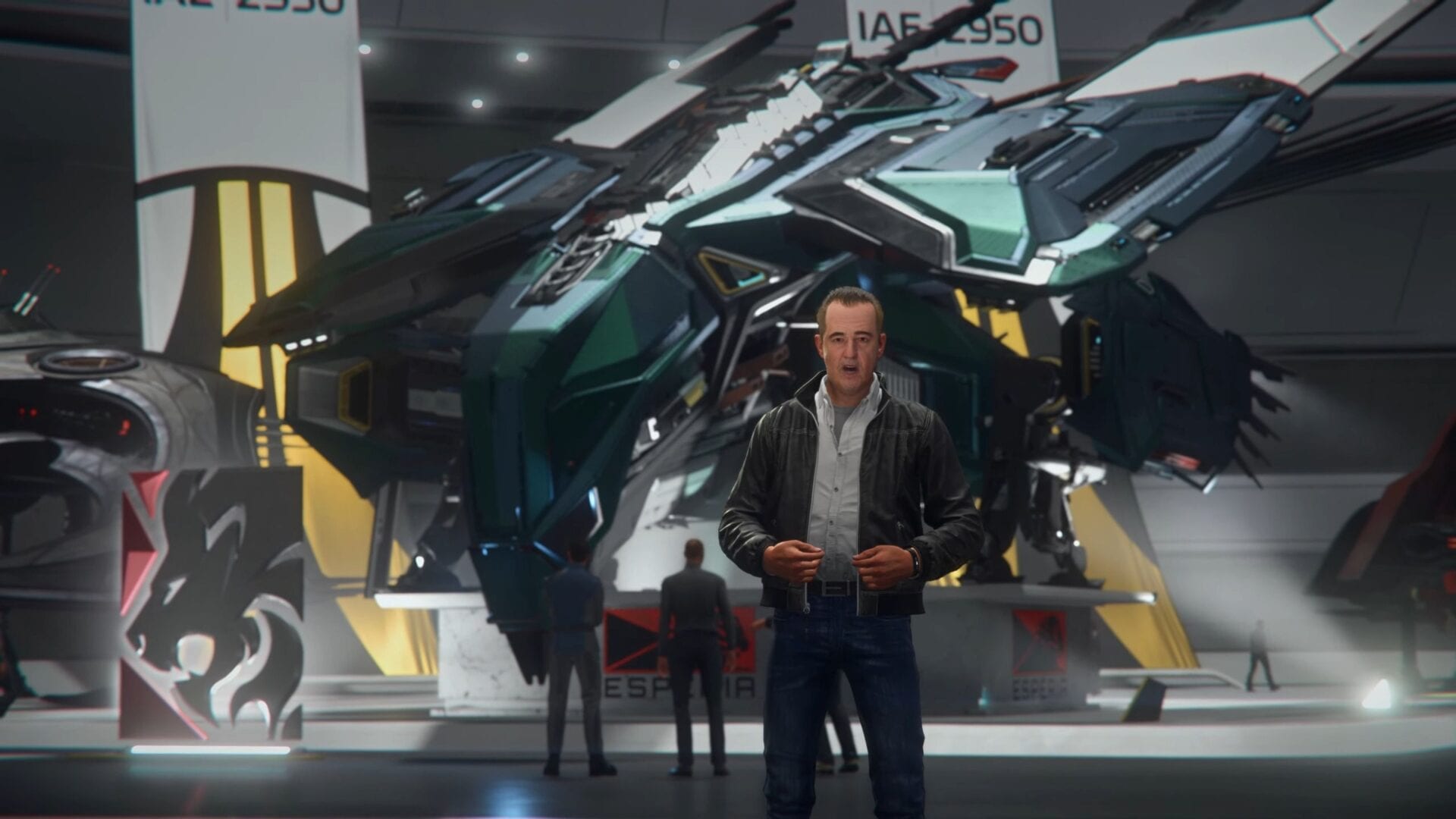 The trailer focuses on the opening of the alien hall at the Intergalactic Entertainment Expo 2590, showcasing the upcoming Esperia Talon fighter… which actually isn’t at the expo at all. At least we get another look at it.

The second video showcases a look at the recently-released Mercury Star Runner before moving on to future content including the space station refinery decks, the docking areas, gas clouds, the first look at the work-in-progress interior of the Crusader Hercules Starlifter, and the whitebox of the Tumbril Nova tank, which has entered production.

In other Star Citizen news, the crowdfunding cavalcade during the expo is continuing, with the total currently at $326,558,977, having passed $326 million today.