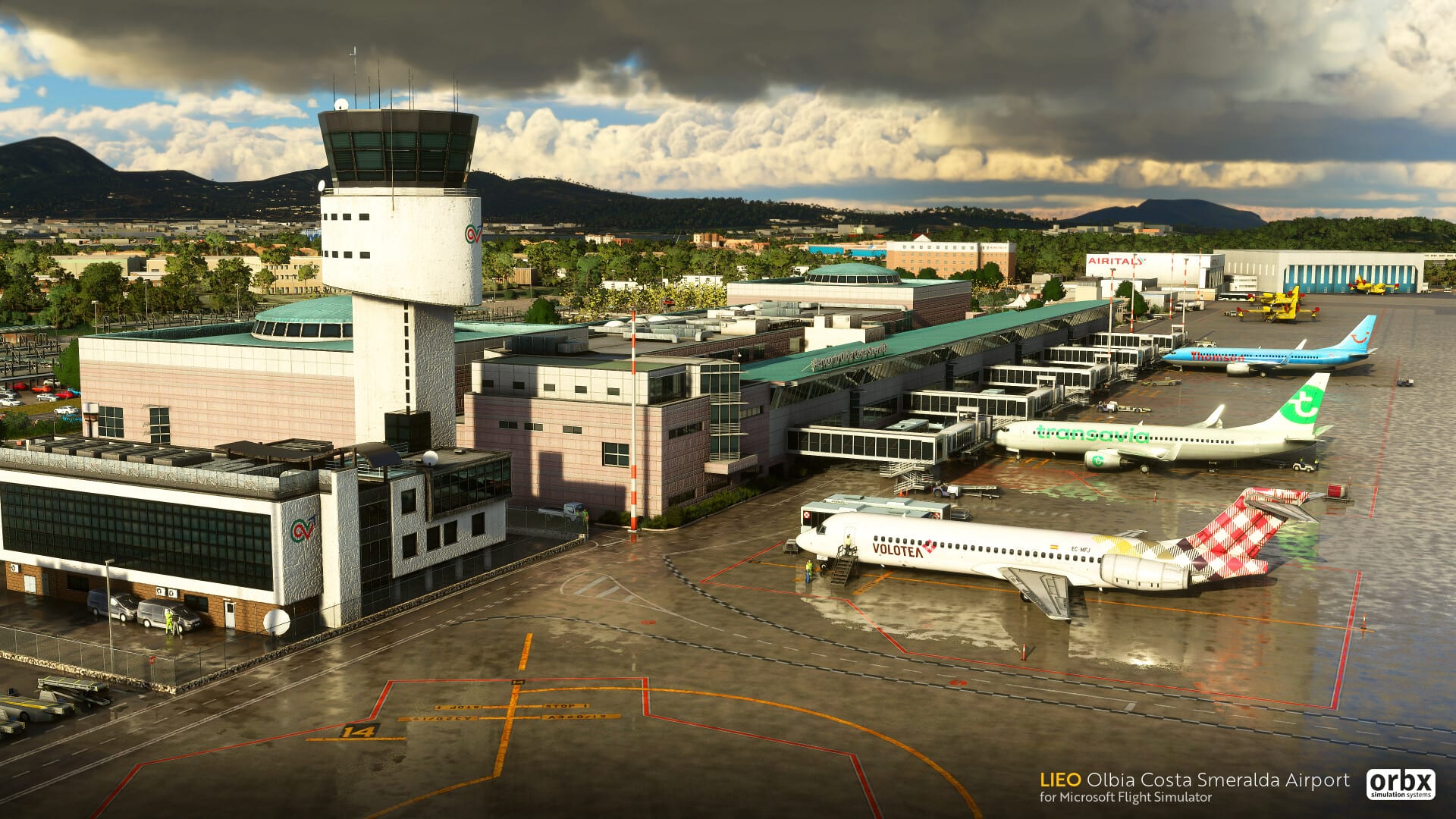 This time around the popular developer is going to release Olbia Costa Smeralda Airport (LIEO) alongside the surrounding city of Olbia in Sardinia, Italy.

Olbia is a popular vacation destination and should bring back a bit of summer at least to our computers.

“Using the latest MSFS SDK updates, this airport is one of our very first to integrate completely customized animated jetways, as well as a custom ground poly (projected mesh). All textures have been redone, with full PBR and higher resolution artwork utilized throughout. Dozens of landmarks lie waiting to be explored, including several new easter eggs not previously included in the original P3D release.

All-new GSE and static aircraft types have been added to the existing fleet for the MSFS version, as well as crisp custom aerial imagery for the airport environment. Careful attention has been given to the apron markings, sloping runway, and detailed vegetation placement, as well as improved coastline and rockwork along the harbor. Utilizing innovative night lighting techniques, custom wig-wag and dynamic taxiway lighting complement the comprehensive mix of apron, terminal, and runway effects.”