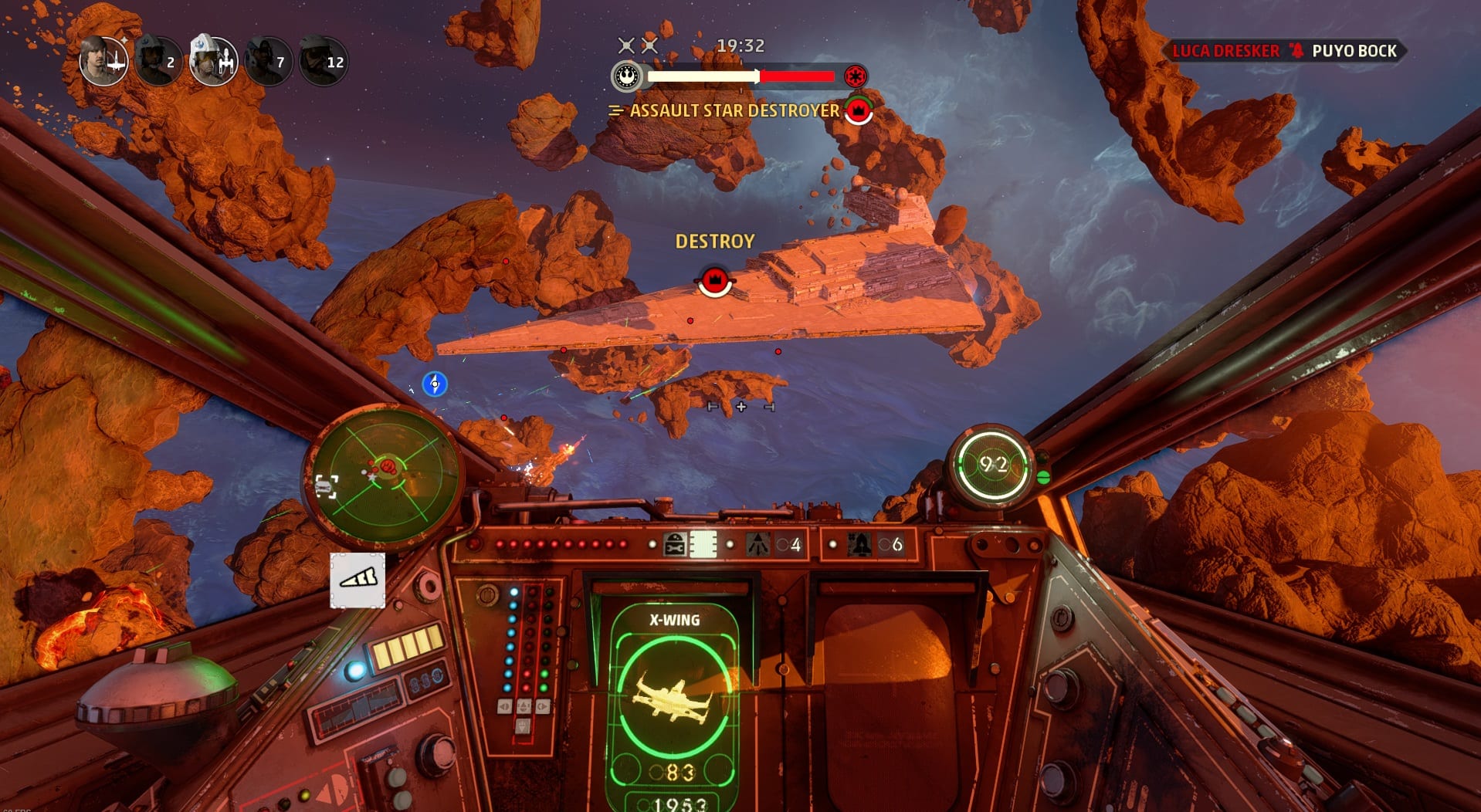 Out of all the modes in Star Wars Squadrons, Fleet Battles is probably the most daunting one to new pilots. There are a number of phases in the mode and it’s capped off with having to take down the opposing side’s capital ship; that being either the New Republic’s MC75 or the Empire’s iconic Star Destroyer depending on your side. Destroying these huge ships can be tricky, but we’ve got you covered in this guide on how to take down flagships in Star Wars Squadrons’ Fleet Battles.

Taking Down a Flagship in Star Wars Squadrons

Before you can begin your assault on the flagship, you must first get past two phases. The first of these phases involves the Morale mechanic, a sort of points system in which you have to earn enough to move on to the next phase. You can raise your side’s Morale by shooting down enemy pilots or their smaller cruisers. You’ll score more Morale by killing real-player pilots as opposed to AI ones, and even more points for taking down the smaller cruisers.

Once you’ve earned enough Morale, you’ll head to the next phase of attack which involves taking down the two medium-sized cruisers that support the main flagship. This phase is fairly straight-forward as well, just shoot the two cruisers until they go down. You’ll want to destroy or avoid their turrets, as well as the enemy pilots. If your team loses enough of your Morale then the phase will reverse and you’ll be forced onto the defensive, so be careful.

Once the two cruisers are down, the final phase of attacking the flagship can begin. There is a little more nuance to this fight but it can go a bit easier if you focus on certain points of interest on the ship. Once those are gone and enough damage has been dealt, the cruiser will go down.

There are a few more tips to keep in mind for a smoother battle, the first being there is a tutorial that gives you a practice run on taking down a flagship (and also nets you some cosmetics).

When attacking, you’ll also probably want someone on the bomber class to focus on the cruisers and have the others on the fighter and interceptor classes to back them up and keep the enemy off their tail. Also, note that you can return to your medium-sized frigates to resupply your fighter and your main cruiser to switch out ships.

Follow those pointers and you’ll be taking down flagships in Fleet Battles in no time. If you’re still having a hard time becoming an ace pilot in other areas, you can check out our guides-wiki on the game here.