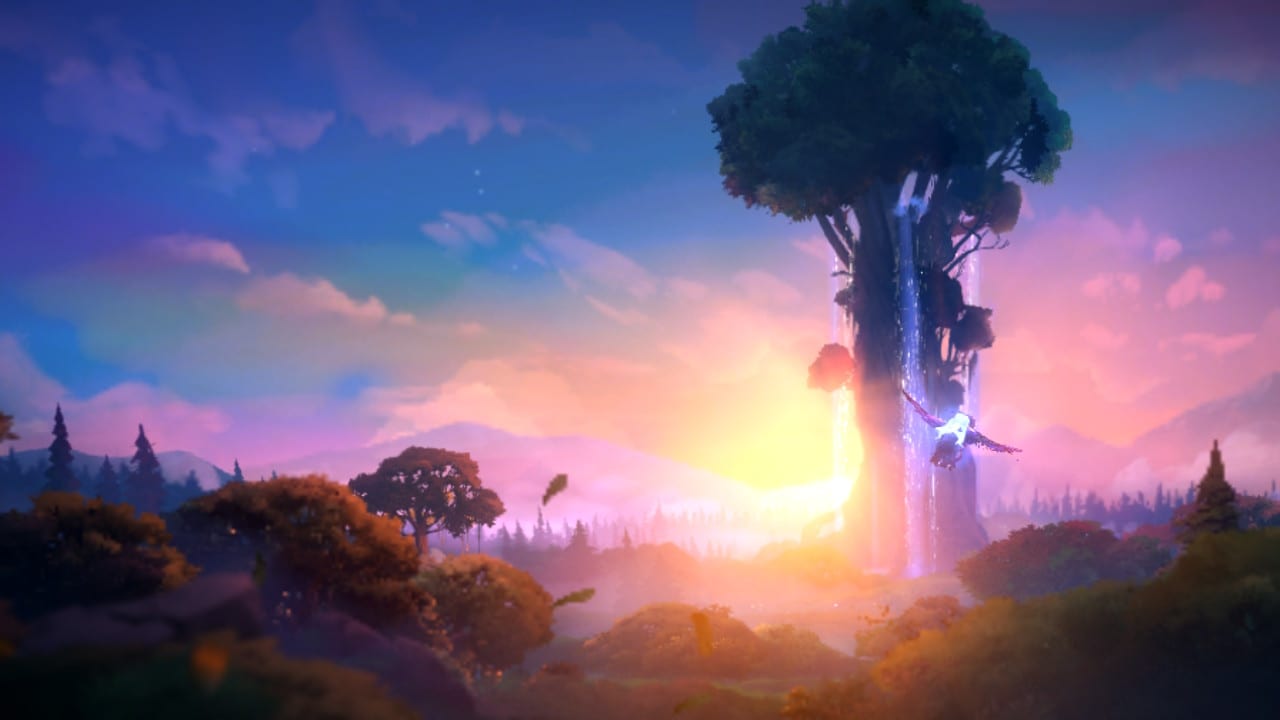 Ori and the Will of the Wisps is up there as one of my favorite games of 2020. Its magical soundtrack and children’s storybook-style visuals combine to make an utterly engrossing experience that’s among the most well-presented titles of the year. It’s not just aesthetic where Will of the Wisps shines, though; underneath its enchanting aesthetic is a challenging platformer that feels just as great to play on Switch as it does on PC or Xbox One.

Just over six months after its initial release, Ori and the Will of the Wisps’ Switch port brings Moon Studios’ latest (and greatest) title to Nintendo. While a few nips and tucks have been made to bring one of 2020’s most beautiful games to the hybrid system, it still retains all of its magic and plays at a buttery smooth framerate that plays a huge part in making the gameplay feel so satisfying.

I’ve already spoken at great length about Ori and the Will of the Wisps in my original review from back in March this year, so I’m not going to spend too much time retreading the same ground here. Instead, I’ll be focusing on just how the game feels to play on the Nintendo Switch and whether it’s worth a double-dip if you’ve already played it on PC or Xbox One.

Prior to checking out the Switch port, I had some reservations about how it might perform on less capable hardware. I distinctly remember particularly chaotics moments during my Xbox One X playthrough causing a noticeable amount of chugging, which often made saving Ori’s beloved owl buddy, Ku, a bit of a challenge.

Admittedly, this was before a stability patch sorted things out for the better and seemed to suggest there was some sort of optimization issue rather than how taxing the software was to actually run. Still, you can understand my skepticism over Switch’s ability to get anywhere close to Microsoft’s (currently available) most powerful console. Well, it turns out I had nothing at all to worry about; Moon Studios has done an absolutely superb job with the Switch port.

Ori and the Will of the Wisps plays at 60 frames per second on the Nintendo Switch, matching the performance of that on the Xbox One and PC. While initial work on the Switch port saw the game running at just 20fps, the development team spent the time optimizing and tweaking a lot of technical bits and pieces to get that buttery smooth platforming on Nintendo’s system.

What you’re left with is a Switch port that’s more than capable of standing shoulder to shoulder with its Xbox One and PC counterparts. As long as you don’t look too closely, mind you.

In order to get that silky smooth framerate, the developers have had to make some concessions in terms of image quality.

While branches and bushes still sway in the wind and bend under Ori’s weight, they don’t look quite as sharp.

Get close up to your Switch when playing in handheld mode and the image does look considerably less detailed. There’s more of a blur to foliage, and the eclectic cast of woodland critters aren’t rendered in quite the same detail as on Xbox One and PC.

Of course, that’s to be expected given the Switch’s handheld display is only 720p, and it isn’t actually quite as bad as it sounds given the Switch’s smaller screen size. I actually found the poorer quality textures are actually much more noticeable in docked mode at 900p.

In any case, as beautiful as the art style is, the lack of fidelity isn’t a major issue given how pacey Ori’s gameplay is. As you frantically steer Ori over and under obstacles and enemies at speed, you’re still left with that same impression that the background is superbly pretty.

Ultimately, Ori and the Will of the Wisps on Nintendo Switch is one of the best examples of a current-gen game being ported to the handheld system. Its aesthetic may have been blunted slightly, but it still replicates that same absorbing gameplay experience you’ll get on the significantly more powerful Xbox One and PC.

Comments
Continue Reading
Related Topics:feature, nintendo switch, Ori and the Will of the Wisps, port