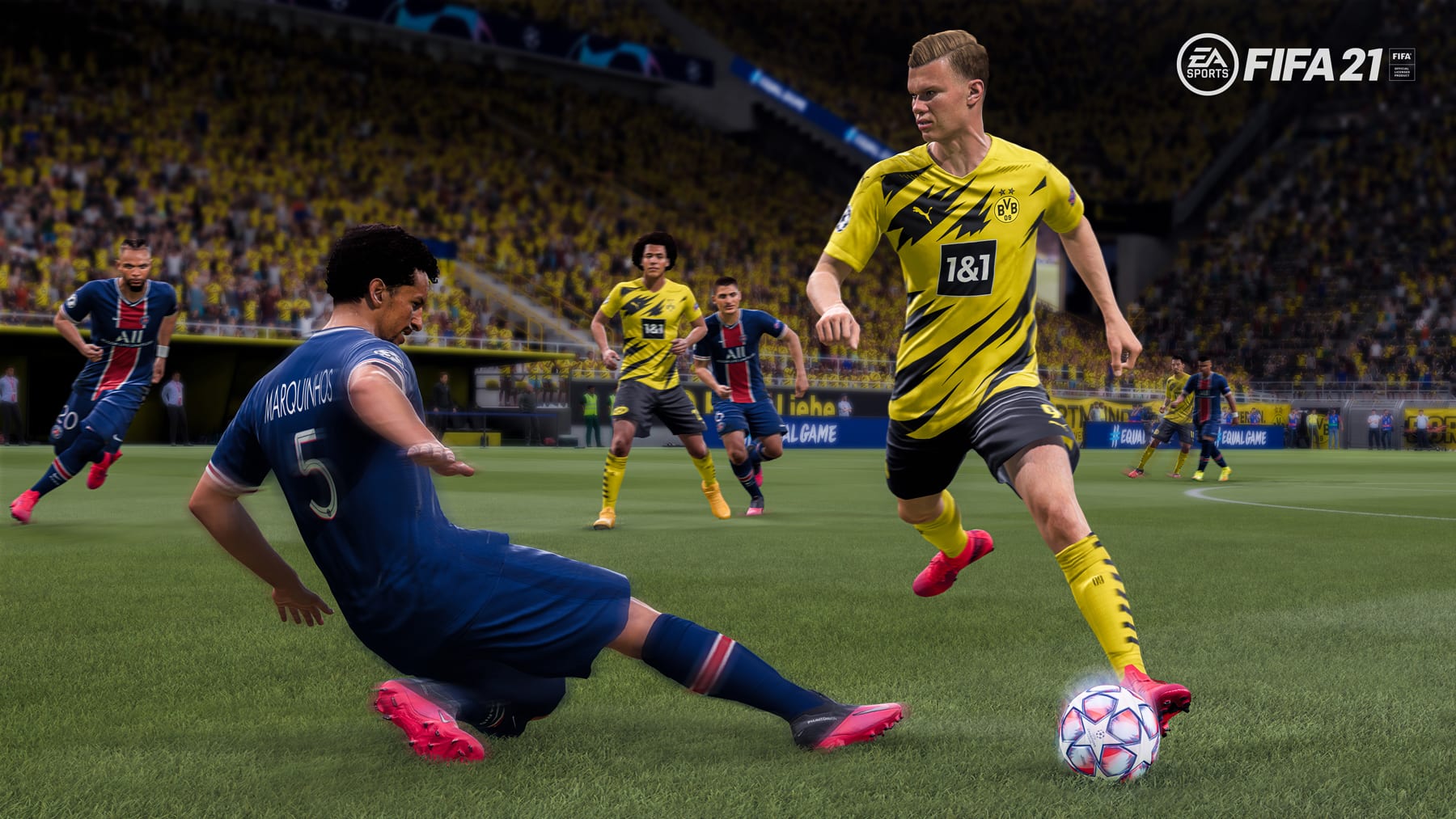 FIFA 21’s FUT Champs weekend league debuted last weekend. Players around the world qualified for the tournament by racking up 2,000 Qualification Points from Division Rivals across 30 games. The more wins they got, the better rewards they’ll earn come Thursday when they go live.

Normally, FUT Champs is something that’s celebrated (to an extent) in FIFA. Despite it often being a showcase of the various exploits, meta, and cheap tactics available to players in Ultimate Team, it also acts as a true test of your skill and resolve. Not to mention those rewards are mighty tasty once you get 14 wins or more and hit the ‘Gold’ rankings.

This weekend’s FUT Champs was a little different, though. Aside from EA delaying its start and end times by 24 hours, pushing it from a Friday-Sunday schedule to a Saturday- Monday, FUT Champs’ debut in FIFA 21 brought with it a sinister change that looks set to impact Champs players for the remainder of this year.

To get to the heart of the issue, it’s important to explain another change that EA has implemented in FIFA 21’s Ultimate Team online mode, Division Rivals.

In previous FIFA games, players could play as many Division Rivals games as they wanted each week. With each game played whether you win or lose, you’ll earn points. These points determine your ‘Rank’ for that week, which in turn determines the rewards you’ll get when Thursday rocks around.

When it came to FUT Champs and its 30 games in previous titles, these would all contribute to your Division Rivals score, too. You’d earn Division Rivals points as well as FUT Champs wins from your matches, making it easy to rack up plenty of great rewards for devoting most of your weekend to your Ultimate Team.

In FIFA 21, EA has imposed a 30-game limit in Division Rivals. This means once you’ve played these 30 matches, any other games you play after this will not earn you points towards your Division Rivals rankings.

EA argues this is to give those players who don’t have as much time as others a chance to still earn some good rewards through Division Rivals. Seems fair enough on the surface, but here’s where the sinister stuff comes in.

Those 30 FUT Champs matches that previously earned you uncapped Division Rivals points will still earn you points, but whether you win or lose, they’re capped at about 400 points. This is less than you’d earn for winning a Division Rivals match, but considering you’re double-dipping for FUT Champs rewards too, we can let that slide.

If you wanted to give yourself the best chance of netting Division Rivals rewards, you’d want to play all 30 of those matches on the Thursday prior to playing another 30 games of FUT Champs over the weekend. That way, you could get the maximum amount of score for your Division Rivals rank and then move onto playing FUT Champs without worry you’re going to impede your success in Rivals for the week.

Not only does making fans play 60 matches of Ultimate Team over the course of four days in order to get themselves the best rewards feel a little unfair and extreme, but there’s also the issue of what we’re supposed to do from Monday through to Wednesday.

You’ve finished your FUT Champs, your Division Rivals games that actually matter have already been played, so you’re left with playing Squad Battles against the AI, or pouring real-life money into buying Draft Tokens with FIFA Points.

Given Drafts tend to earn you far better rewards if you do well, it feels as though EA’s rule changes in FIFA 21’s Ultimate Team are once again focused on encouraging players to spend more money on the game.

Whether intentional or not (it definitely is), these changes to how Ultimate Team works only serve to make the grind for rewards unnecessarily more difficult for us players. But that doesn’t mean there’s no way out of this, so let’s look at the possible solutions.

The most obvious way EA can resolve this nightmarish issue is to simply undo the main change that’s caused all of these issues. By removing the 30-match game limit on Division Rivals, players can enjoy FUT Champs without worrying about negatively impacting their chances of good Rivals rewards, and still have something to do from Monday through Thursday until the weekly reset.

As much as we’d love to see EA do a u-turn on this, it seems highly unlikely.

This would once again mean that Division Rivals can remain competitive for those that don’t spend as much time playing the game, without punishing FUT Champs players for simply investing more time into their Ultimate Team.

EA could even prevent FUT Champs games from earning you Division Rivals points to keep the modes entirely separate. That way, it’s up to players how and where they invest their time between Ultimate Team’s various modes.

If EA’s not going to budge in the slightest when it comes to how the Division Rivals match limit system currently works in tandem with FUT Champs, there’s always the option to simply move Division Rivals’ weekly reset day to the beginning of the week.

That way, you’d have from Monday to Thursday to play 30 games of Division Rivals and get them out of the way, before diving into another 30 games of FUT Champs from Friday to Sunday. Given it’s the weekly reset that’s currently causing this mass content congestion towards the end of the week and dearth at the beginning, this seems like the simplest and most effective solution EA has in its locker.

Have you been playing FIFA 21’s Ultimate Team mode? Did you dabble in FUT Champs this weekend? Let us know your thoughts on the issues below.