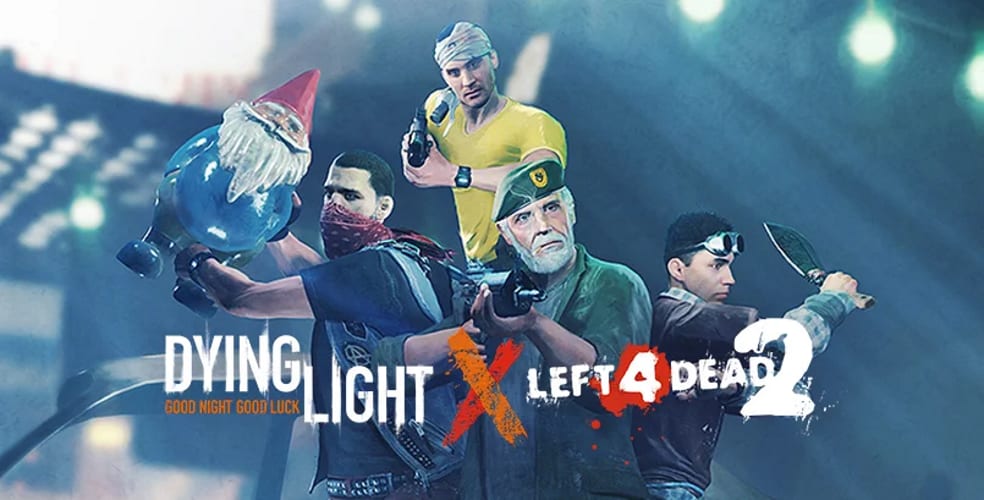 The Left 4 Dead 2 crossover event offers a slight twist on Dying Light’s Viral Rush mode. Players will still face endless hoards of zombies, but can now set them on fire with incendiary ammo for the shotgun.

The event begins today and ends on Thursday, Oct. 29 at 2 p.m. ET. The event will only be available for the PC version, and can be turned off in the options menu.

Players can also grab free downloadable content that turns them into Bill, one of the main survivors from the original Left 4 Dead, and whack zombies with the two-handed melee weapon Gnome Chompski, a garden gnome that first appeared in Half-Life 2: Episode Two and then Left 4 Dead 2.

The free downloadable content is available now on PC, and will be coming to Xbox One and PlayStation 4 “a few weeks later.”

Dying Light has continued to be supported with free and paid DLC after its sequel was delayed indefinitely at the start of this year. Meanwhile, Left 4 Dead 2 received a free update last month that added a new campaign, weapons, and more for the 2009 multiplayer game.