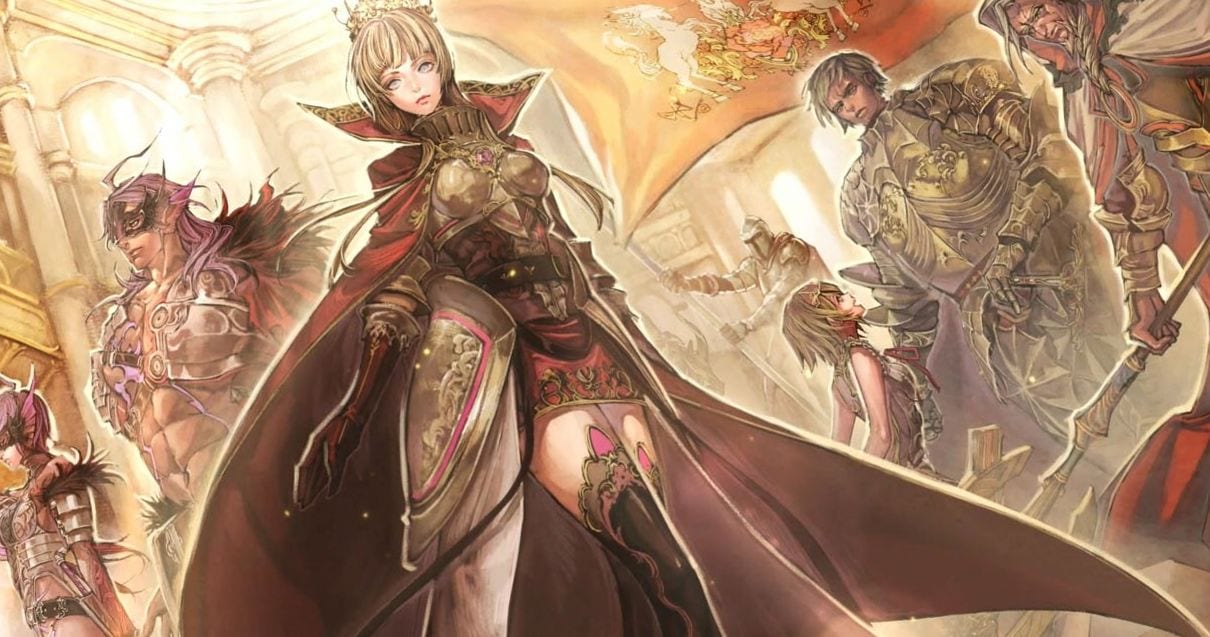 Brigandine: The Legend of Runersia was originally released for Switch a few months ago and it’s coming soon to PS4.

To hear more about this game, the expansion to a new platform, and the developer’s plan for the future, Twinfinite interviewed producer and game designer Kazuhiro Igarashi.

Igarashi-san talked extensively about the reception to the game and more interesting topics, which you can find below.

Giuseppe: The game has been released for Nintendo Switch quite a while ago. How did it do on Nintendo’s console?

Kazuhiro Igarashi: We have received quite a bit of feedback from many players who enjoyed the game, which makes us very happy. There are two types of feedback I’d like to mention.

One is feedback regarding the business side of things as we are seeing many players excited to have a fresh entry into this niche genre of games after 20 years.

Sales within Japan have been quite good, and we’re hoping the PlayStation 4 release will help us reach even more people in the West.

The second is feedback relating to the game itself. We’re seeing positive reactions in regards to this addition to the uncommon genre of nation conquest strategy games.

It’s been 20 years since the last Brigandine game, so this feedback will be a big help when it comes to future plans.

Giuseppe: Has there been any difference between the reception of the game in Japan and in the west? If yes, did you draw any conclusions from it?

Kazuhiro Igarashi: Yes, there was quite a bit of a difference. The responses in Japan tended to be about how the game was too difficult, or requests to make it easier to play, while feedback from players in the West leaned more toward requests to make the game harder or ideas on how to improve game strategy.

Giuseppe: What determined the decision to expand to PS4?

Kazuhiro Igarashi: For games such as this, we believe it’s important to make them available on as many platforms as possible in order to increase overall visibility for the series and genre.

We had hoped for a simultaneous release on multiple platforms. Although we were unable to do so, we still believe it is important to continue development for as many platforms as possible.

Giuseppe: Are you considering releasing the game on next-generation consoles (PS5 or Xbox Series X/S) or maybe PC?

Kazuhiro Igarashi: Yes, this is something we’re considering. We are currently discussing future updates for the platform versions already released as well as the possibility of releases on other platforms.

Giuseppe: What were the challenges of bringing back a franchise that has been dormant for so long?

Kazuhiro Igarashi: Due to the long period in between, we thought it best to approach this like we were developing a new IP. The game scene has evolved much in the past 20 years, so one of the biggest things we had to consider was which things to change and which things to keep the same.

We came to the conclusion that Brigandine’s signature feature was the freedom the player has in choosing their own route. That is the core of a nation conquest strategy game, so we spent a lot of time polishing that element in particular.

Giuseppe: What differences can we expect between the PS4 and the Switch versions?

Kazuhiro Igarashi: There is no difference between the two versions of the game, because adding extra content only for the PlayStation 4 version would be unfair to the fans who supported us by purchasing the game for the Switch when it released in June 2020.

Giuseppe: With so much emphasis on action and many developers switching to action-RPGs, what do you think is the situation for tactical and simulation RPGs in today’s market?

Kazuhiro Igarashi: I think tactical and simulation RPGs have become a niche genre. This is even more true within Japan than it is in the West. When you mention tactical simulation games in Japan these days, people generally think of smartphone apps, most of which are designed around pay-to-win elements.

However, this only served to increase my motivation to create a new Brigandine title for players. There are so many games available on the market today that perhaps there was no need for me to add one more, but I thought it would be worth making this game due to the uncommon nature of nation conquest strategy games in the gaming industry that are set in fantasy worlds.

Giuseppe: Did the reception of Brigandine: The Legend of Runersia encourage you to possibly continue the series for the future? If yes, do you already have any ideas?

Kazuhiro Igarashi: This will depend heavily on how well future developments are received. As I have mentioned before, we wanted to preserve the characteristic tactical nation conquest concept of the previous game from 20 years ago, and I’m glad we managed to clearly convey that.

This has led to a lot of helpful feedback regarding which aspects of the game should be preserved and which should be expanded upon, which sparked constructive internal discussion regarding possible changes in the future.

If we had altered the battle system, such as switching to action-style fighting or a linear stage-clearing mechanic for example, I don’t think the discussion would have been nearly as productive. Players would have simply argued over which system was better, the old or the new systems.

So how should Brigandine continue to evolve? What can be expanded upon to further support a tactical nation conquest game?

We have many ideas in mind that we hope to explore in the future.

Giuseppe: The game has a very recognizable art style. How did you go about selecting the artists and the style?

Kazuhiro Igarashi: I had a clear image of the art style I wanted for the game right from the very beginning.

The majority of recent Japanese fantasy games lean toward anime-style visuals, or have futuristic elements mixed into the world view. What I wanted for Runersia was a classic and traditional fantasy world.

Most importantly of all, I wanted a style that could engage and arouse the player’s imagination.

Something like the wonderful illustrations you see on the covers of the best fantasy novels.

When playing this game, players have plenty of room for exercising their creative imaginations. For example, which nation will you designate as your rival? How will you advance your troops? Which battle will turn the tides and change the world forever? These decisions are all left entirely up to the player.

Since Brigandine is a game of personal make-believe in a sense, we decided right from the start that we needed an art style that could engage and stimulate the players’ imaginations.

The artist with a style closest to what I had in mind was none other than Mr. Raita Kazama, so I contacted him directly, and that was how we ended up working together on Brigandine.

Giuseppe: Do you have any message for western gamers interested in Brigandine: The Legend of Runersia?

Kazuhiro Igarashi: Thank you for all the wonderful feedback you have provided since we first announced the game in 2019! From messages sent directly to customer support, to tweets, to discussions in community forums, we make sure to read them all!

Much of our development team has poor English skills, myself included, but advances in machine translation have helped a lot in allowing us to read your input.

I want you to know that our team appreciates every comment you make. Rest assured that we are reading them all.

Brigandine: The Legend of Runersia is currently available for Nintendo Switch.

If you’d like to see more about the game, you can check out the latest trailer and images of the PS4 version, which will release on Dec. 10.