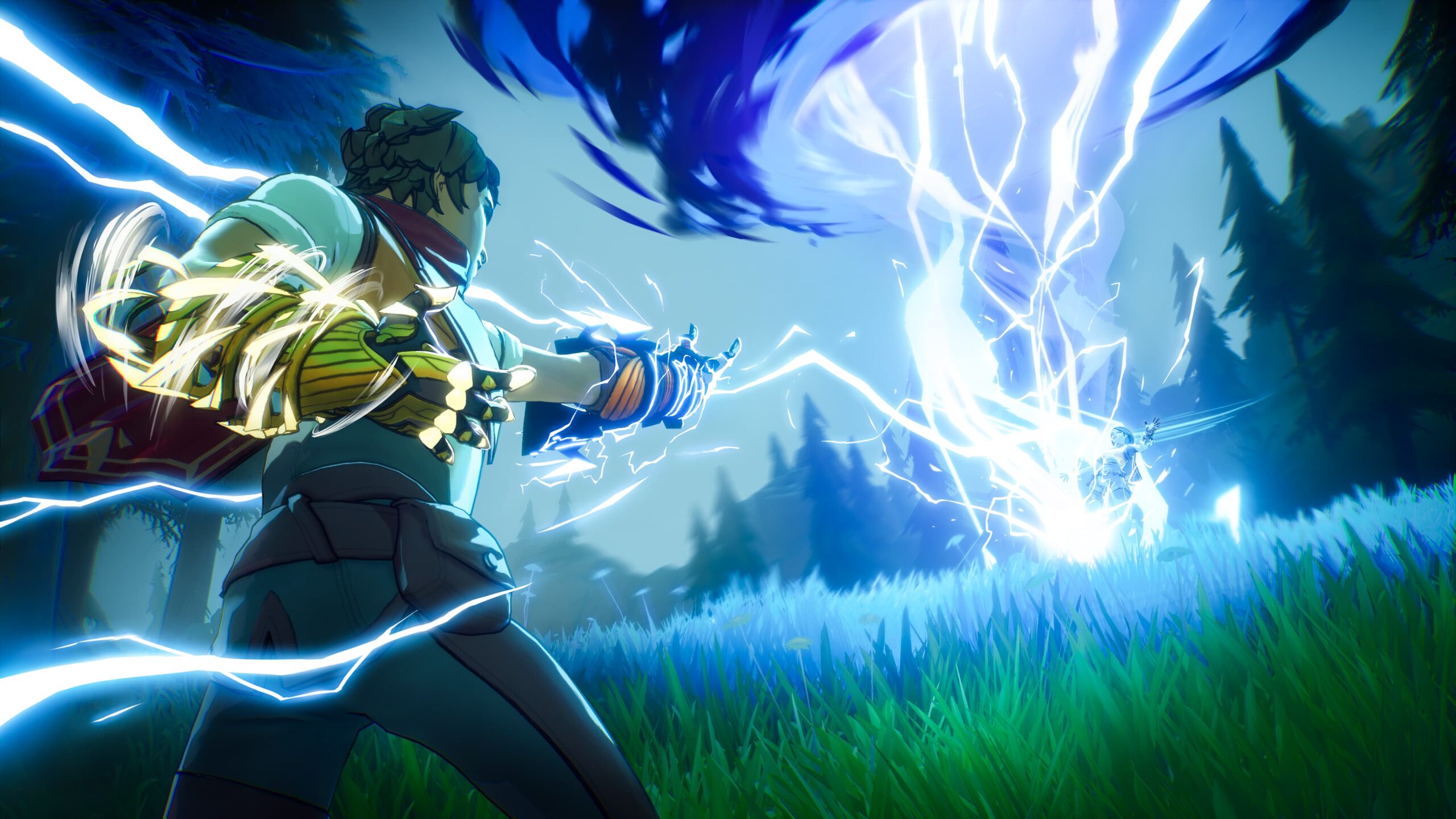 Spellbreak has its work cut out for it in a very crowded and competitive battle royale genre. That said, its strategy of going for an action-RPG-like approach to its combat, where players can even play as a battle mage, is an effective one. The end result is a game that plays well and while it isn’t for everyone, it definitely is for someone.

Spellbreak eschews gunplay for spell-based combat (across solos, duos, and squads) where players choose an elemental class that they can level up as they survive zone closures and progress through a match. Each class has a primary and a secondary spell, passive perks, and bonuses that are applied as you level up.

In addition, players can gain access to a secondary class by finding elemental gauntlets around the map. This allows players to combine spells’ effects to create new spells that are more powerful.

For example, by combing a Fire Wall from a Pyromancer with a blast of poison from a Toxicologist, players can turn the Fire Wall into noxious Dragonfire, which is even more deadly. Another example is a Conduit class player combining their lightning bolt attacks with the Tornado spell from the Tempest class and creating a deadly storm on the battlefield that will draw in and severely harm anyone that gets near it.

In addition, players can find equipment and scrolls to boost their stats, and also discover Runes that generally add some kind of movement perk such as dashing, flying, and invisibility into the mix to allow players to further drill down into their preferred style.

The passive perks we mentioned earlier shouldn’t be glossed over either. A lot of them are quite powerful. Toxicologists can slip into their own poison clouds to go invisible and Tempests can launch themselves high in the air and launch aerial assaults for bonus damage as they level up in each match.

Between the mixing and matching of the six different elemental classes, the passive perks, and the different runes you can find, there are a lot of ways to settle into a gameplay style that feels uniquely yours, which is by far what I love most about Spellbreak.

The action-RPG style gameplay is also fantastic. It’s hard to compare to other games in the genre that are primarily shooters, but the combat works well in Spellbreak.

Winners are still determined by skill (and a little bit of luck) but the skill that’s rewarded here is different to what games like Fortnite and Warzone demand. You need to use all of your skills to trick, zone, trap, and bait your opponents into situations where you can finish them off with your more powerful spells before they do the same to you. If you’re spamming spells, or neglecting potential spell combinations, don’t expect to win too often.

Strategy is turned up even higher when running as a duo or a squad. You can work together with teammates to combine spells, defensively or offensively, to bring down enemy teams. Players need to be careful not to get too crazy, though, as friendly fire will punish players that are just throwing spells all over without any caution or care.

That said, at its heart Spellbreak is still a battle royale game that borrows a lot from games like Fortnite and Apex Legends. There are health and armor potions, and special loot caches that are marked for everyone on a large map that you’ll drop down on from the sky. All of the stuff you would expect in other words.

This is where Spellbreak feels a bit uninspired. Perhaps in an attempt make sure there were enough familiar elements to attract the traditional battle royale crowd, Spellbreak kind of just phones it in when it comes to the battle royale nuts and bolts.

For example, the item management is extremely simple and not particularly exciting. There are three different armor pieces you can find (not including your elemental gauntlet) that provide simple stat boosts. There’s no thinking involved in picking out armor. If you find something that’s better you, just simply auto-equip it from the ground and move on.

While I personally prefer the simplicity because I’m not a fan of digging around in menus in other battle royale games (and maybe some of you reading this are like me and feel the same), hardcore battle royale fans will likely find this aspect of Spellbreak to be dull. I would have preferred to have seen rare and exotic armor that further augmented your playstyle ala Diablo; something like that would have made Spellbreak’s item management more unique and interesting.

The map is also very bland. It’s just mostly green fields and castle ruins. Fine but very forgettable. I would have loved to have seen very distinct locations that played up the fantasy elements of Spellbreak. Areas that play into each of the classes’ elements would have been a nice touch.

When you’re not in-game, there’s a decent amount of content to keep you occupied. You can level up both your mage (character) and specific classes to unlock new cosmetics such as outfits, titles, game cards, etc. And, of course, you can purchase the game’s Gold currency to speed the process along if you’d like.

There’s also practice area where you can experiment with different class combinations. This is a lowkey useful feature because there are a lot of ways to combine the spells.

If you don’t take the time to learn what spells can do, you might be caught off guard when an enemy Pyromancer turns freezing ice that you summoned into puddles, or when a Tempest uses their wind attacks to launch projectiles you fired back in your direction.

Ultimately, while there’s certainly areas for improvements and avenues for Spellbreak to stand out even more from the battle royale crowd, developer Proletariat Games has put together a very commendable first effort and have put Spellbreak in a great spot early on.

Like the recently released Fall Guys, Spellbreak needs to capitalize on its popularity and successes by keeping the content coming. More classes, runes, customization, and ways to play into the fantasy and action-RPG elements should keep fans happy.

Spellbreak runs well, it’s unique, and most importantly, it’s fun to play. If Proletariat Games sticks with Spellbreak and continues to improve it, it should be able to carve a long term niche in the popular battle royale genre.