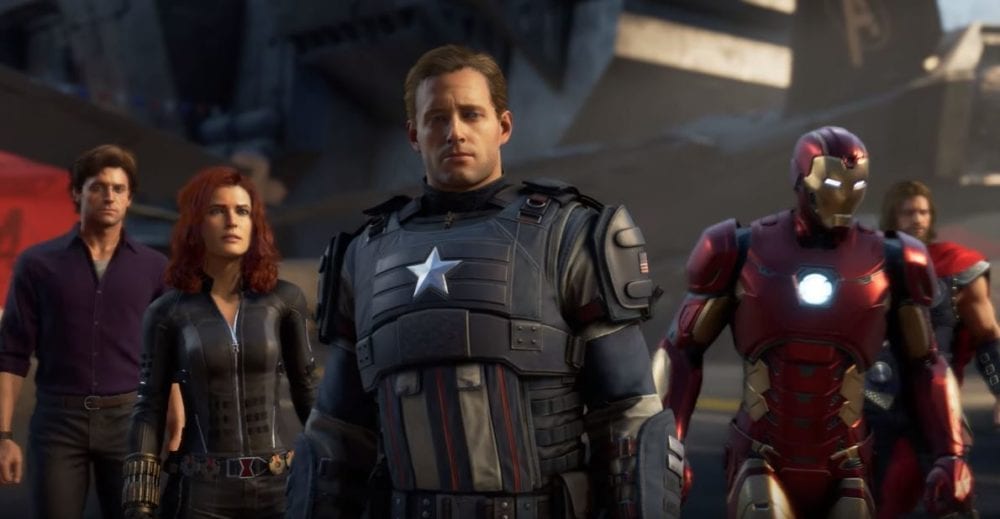 Crystal Dynamics’ Avengers game is just under a month from launch and those who have pre-ordered will get access to the beta test this weekend. This past weekend though, Twinfinite were given the chance to test out the beta content early to see how the game is shaping up.

It begins with some single-player story missions (which aren’t in the final order and skip some vital cutscenes) before opening up a little and giving you access to the missions available via the multiplayer centric War Table.

While the War Zones and Drop Zones that you’ll be playing for months after Marvel’s Avengers launch are the focus of the War Table, the aim of the story mode introduction is to get you familiar with the basic gameplay mechanics before throwing you into the world of multiplayer, upgrades, and loot.

I’m not the biggest fan of Crystal Dynamics’ take on Marvel’s heroes when it comes to character design. To me, most characters are neither original enough to be distinctive or close enough to the iconic MCU design for them to feel familiar.

The likes of Thor, Maria Hill, Nick Fury come across as imitations of the MCU cast, yet Bruce Banner is more original, presenting himself as more assured than Mark Ruffalo’s interpretation. That is more of a personal preference however, with how their role in the story and how they play being far more important in this game.

Focusing on Kamala Khan (aka Ms. Marvel) is a fantastic choice and the idea that the story is focused on you working to reestablish the Avengers as heroes after A-Day is an interesting one. For the most part, the world looks impressive, and the story does well to make the most of its characters with slower moments that are interwoven between the explosions you’d expect.

How exactly it’ll play out as more and more characters are introduced will be interesting to see, but the segments included in the beta are certainly promising.

That being said, actually getting a hold of Marvel’s Avengers’ heroes has me concerned about whether this is the Avengers game it looked like it could be.

Having so many characters fighting for the limelight in a game that’s going to be a service for years to come – one that won’t focus on story beyond the campaign missions – means that every single one has to feel amazing to play.

They need to be unique, exciting, and engaging in a way that lives up their names. Throwing Thor’s Myolnir needs to have the satisfying crunch that Kratos’ Leviathan Axe does in God of War. Hulk needs to be a destructive menace, Captain America has to be the all-rounder who’s perfect for all situations, and Iron Man needs to have the precision of a fighter jet.

Unfortunately, Marvel’s Avengers gameplay isn’t up to the level of quality I envisioned. It’s fun in spurts, but your enjoyment is at the mercy of which hero you’re playing as, making stretches of the story content a chore to play.

Of course, Bruce Banner’s green friend is never going to feel the same as Black Widow. One’s slick and acrobatic and the other’s all about brute force, so it makes sense that those sensibilities are the same in Crystal’s game.

However, it’s on the developers to ensure that each one has the abilities and level of control to make them fun to play as, and that’s not the case here.

Hulk, who you play as for the majority of the beta’s story content, is lumbering and unresponsive, the latter adjective being one you could use to describe the combat in Avengers generally.

His attacks are slow, his wall jumping ability is animated awkwardly and hard to control, and it takes him an age to break enemy shields when required with a hold of triangle.

That final attack is so slow that enemies that you’re close enough to hit will turn around and attack to break the animation while you’re waiting for the ground slam to actually happen.

Thor suffers from the same issues. His ultimate abilities are great, but his basic attacks are underwhelming, lacking the satisfying feeling that they should have. His lack of agility removes any precision from the combat, relegating your tactics to swiping around in the general direction of enemies. It’s not fun, and that’s damning for a game like Marvel’s Avengers.

However, the more agile characters – your Black Widows and Ms. Marvels of the Avengers world – are far more enjoyable. You’re able to be far more precise with your attacks, having time to plan your assaults rather than waiting for animations to play while you’re being peppered by bullets.

The advantage the agile characters have may also be down to how the enemy AI acts, particularly the basic types. They’ll often take turns to attack, just standing by you waiting for their turn. Kamala and Natasha are able to chain attacks to take out multiple in succession, adding a tactical side to the action that significantly improves it.

There’s also a lack of excitement in the combat that’s fuelled by each hero essentially having the same types of moves, just with different animations – at least before new abilities are unlocked with Skill Points.

A light attack is bound to square, a heavy one to triangle, you can break enemy defences by holding heavy attack, and every character has a ranged attack tied to the triggers.

Thor throws his hammer, Hulk throws a piece of the ground, Kamala throws her fists, Cap throws his shield (sounding strangely like a penny rattling in a tin can), and Iron Man shoots lasers. The animations are different but the moves feel the same, and they’re not satisfying enough to be fun over and over again against less than intelligent AI enemies.

The fact that some characters are more fun to play as than others puts the story content at a disadvantage too. Yes, it has the blockbuster narrative you’d expect from Avengers but you’re stuck with playing as certain characters.

The multiplayer content lets you choose your favorite and level them up, but it lacks the Avengers attitude. In essence, there’s a mode that’s the AAA Avengers experience you might expect but it’s held back by tying you to specific characters and another mode that’s structured more like Anthem’s side-quests but gives you the freedom to get maximum enjoyment out of them.

Both have their positives and negatives, so it depends what you’re looking for from an Avengers game.

My hopes are pinned on the loot and skill systems, which are looking positive. The gear system is easy to understand, switching parts out on the fly is simple, and there are particular benefits to consider.

There’s potential for the skills available to add variety to the combat too. As an example, Hulk has a skill that’s available early on that allows him to pick up a larger portion of the ground with L2 and R2 and throw it at an enemy. It’s difficult to manage the accuracy against basic enemies, but it proved really useful against larger bosses, stunning them for long enough to pick up another rock. Hopefully the skills offer more ways to play for every characters as the trees open up.

The loot and power level grind is what will give the War Table content purpose and longevity, so it needs to be strong. What I’ve seen in the beta is limited and nothing groundbreaking, but I can see it being compelling beyond one run through of the missions.

My main worry for the potential for Marvel’s Avengers as the next big live service game is that the multiplayer missions might not be compelling enough to keep players around.

They lack the spectacle you’d expect from an Avengers game, feeling far more like side-missions in an open world game where you have to capture points or get to particular places.

In a gameplay focused loot shooter, those kinds of missions are fine, but there should be something more, something special, in a multiplayer game that’s biggest draw is arguably the biggest name in entertainment over the last decade.

I’m keeping my fingers crossed that the full release, complete narrative, and post-launch content live up to the Avengers name because, right now, the gameplay simply isn’t original or enjoyable enough to stand on its own.