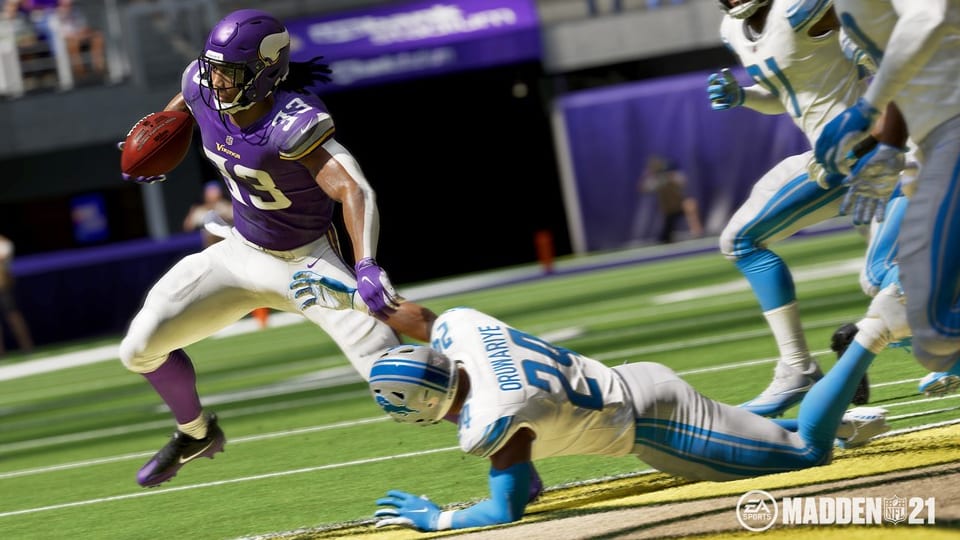 Another year, another iteration of EA Sports’ popular football sim, Madden. As ever, it brings with it improvements to graphics, gameplay mechanics, and career mode. That said, many of the controls and systems are going to be very familiar to veterans of the series. That includes how to lateral pass in Madden 21, which is unchanged from previous years.

For the uninitiated, the lateral pass is exactly what it sounds like: passing the ball across the field to another player. But it’s very risky and is considered somewhat of a novelty move given that it can quite easily cost you possession of the football, and as you’ll likely know, interceptions can easily lead to opposition touchdowns in a flash.

How to Lateral Pass in Madden 21

A lateral pass is performed by pressing L1 on PlayStation 4 or Left Bumper on Xbox One.

Remember, though, if a lateral pass falls incomplete then it’s still considered a live ball and can be recovered by your opponent, unlike a forward pass that is dead once it hits the ground unsecured by a player.

That means you really need to make sure that you have a supporting player either to your left or right or slightly behind you before making the decision to pass laterally. Obviously, if the player you’re using is unsupported he’s going to try and toss it a long way across the field, which will almost always end in an interception.

That is everything you should need to know about how to lateral pass in Madden 21. For more useful tips and guides on the game, use the search function from Twinfinite’s home page. Alternatively, see below for related content.

If you can’t find the answer to a specific question you have then feel free to sound off in the comment section below and we’ll do our best to help.