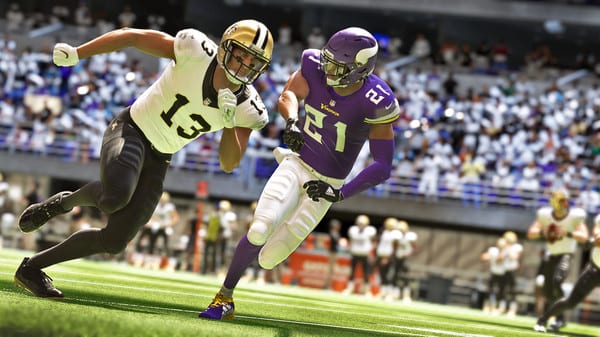 There’s nothing in Madden quite like intercepting the ball. Whether it’s a game-winning pick in the end zone to dash the hopes of a driving opponent or a 14 point swing from a pick-six, interceptions are always huge. Here’s everything you need to know about how to intercept a pass in Madden 21.

How to Intercept in Madden 21

Interceptions come in all shapes, sizes, and difficulties. There’s the rookie QB who is easy to intercept because he throws up ducks all over the field. Then there’s the field general who truly tests your defensive acumen with their quick and accurate passes.

For the former, you won’t need anyone impressive to intercept the ball. Batted balls can easily be caught by linemen and some LBs might even be able to grab the ball on the fly.

But if you want to pick off QBs like Pat Mahomes or Lamar Jackson, then a ball-hawking corner or safety like Richard Sherman or Anthony Harris will only make intercepting passes easier.

When a pass is flying through the air and your defender is within range to catch it you can just sit back and watch them go for it. But that’s not always the most successful strategy. You can also press the Y(Xbox) or Triangle (PS) button to make the CPU defender reach out and catch it.

That’s a little better than the completely hands-off option, but there’s one more method which the best Madden players employ. You can change the defender you’re controlling by pressing B (Xbox) or Circle (PS). That will change your control to the defender who is covering the receiver of the pass. Then you can press Y or Triangle to go for the int.

That’s all there is to know about how to intercept a pass in Madden 21. Just keep in mind that some defenders will be better than others. It may even take some time to perfect the art even with a top-tier corner.