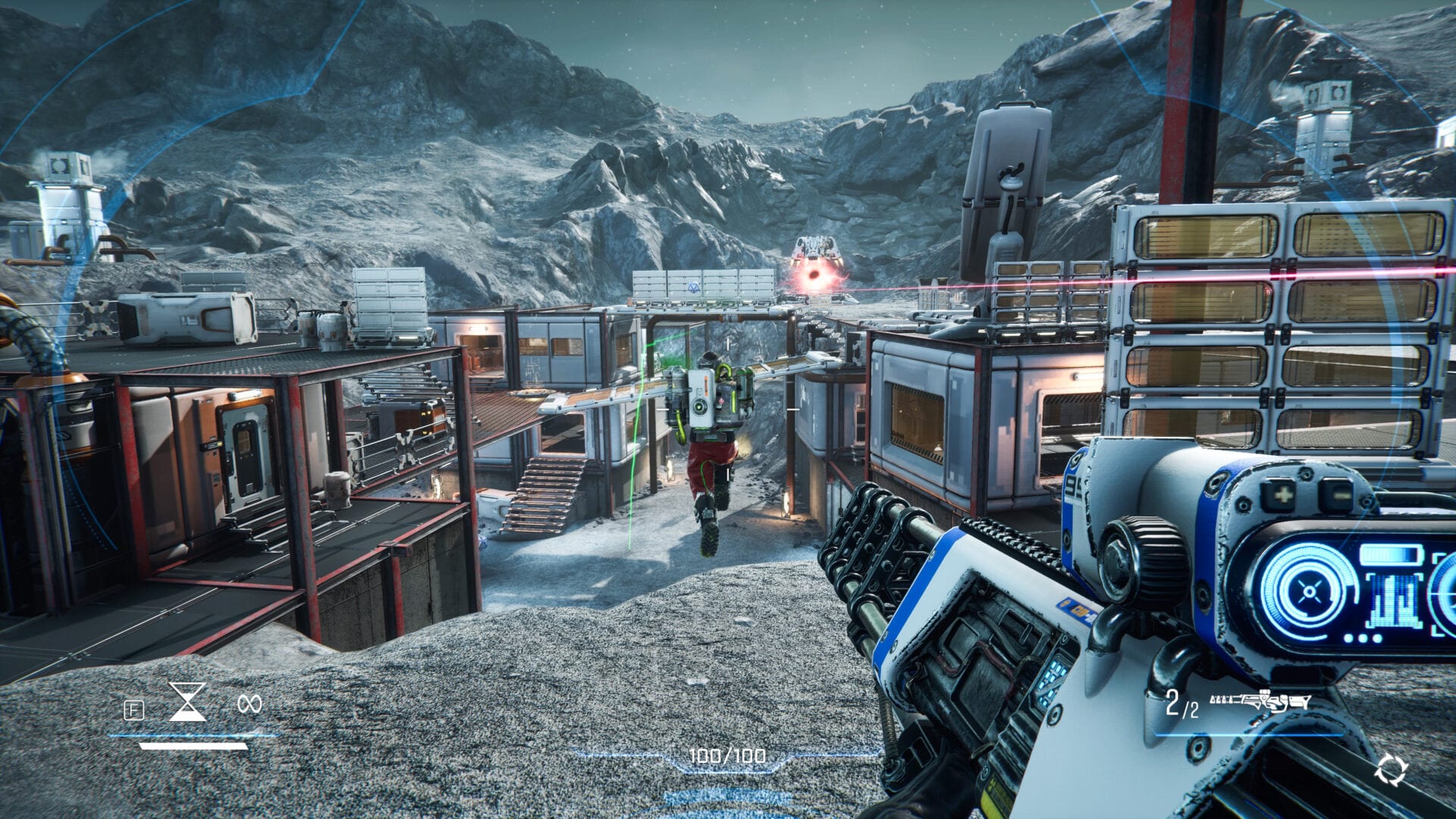 When I first learned about Lemnis Gate I was extremely confused. There are few genres that seem more incompatible than something that is turn-based, with the fast-paced constant action of a competitive first-person shooter. It’s a thing though, apparently, and Lemnis Gate is doing it.

Recently, Twinfinite had the opportunity to talk to James Anderson, the game director of Lemnis Gate, to try and get as clear an explanation as possible of how these genres can co-exist and how this game will work.

Ed McGlone: For starters, explain how Lemnis Gate works to me like I’m five. It seems like the genres would be as incompatible as it gets. How does a turn-based FPS even work?

James Anderson, Game Director of Lemnis Gate: Pretend you and I are playing a game of 1v1. I’ll go first, I’ll play for 25 seconds, and what I’m going to do is try and achieve my objectives. So, for example, in the game mode Capture the Flag I will try and grab flags and bring them back to my spawn point to score points. I have 25 seconds to do that.

Now it’s your turn. You can see the time loop, you can fly around in spectator mode, you can see every single thing that’s happened and you have about a minute to think about what your turn is going to be. Then you have to make your choice. So then you choose a character and play for 25 seconds, but it’s the same 25 seconds, we play on top of each other.

After your turn there will be one of you and one of me in the time loop and we go to round two and add a second character, and then a third character… and a fourth character…

By the end of the game there will be ten of us all running around over the same 25 seconds. Now our characters will use their weapons and special abilities. They work together as a team, fight alongside each other, and they try and beat their opponents. That’s the fundamental structure of the turn-based first-person shooter.

Ed: How long do games take?

Anderson: A game can go anywhere from like five minutes to 15 minutes depending on how much time you want to take for thinking and planning. But yeah, let’s say about 15 minutes.

Ed: What are some of the objectives that games will play out on that you can share so far?

Anderson: Right now we’re only sharing the Capture the Flag game mode, but we do have four that we’re working on. They are all classic first-person shooter game modes. There will be ones that you recognize and you’ll be very familiar with already.

Ed: The game has been likened to FPS Chess in the past, can you explain why that comparison fits?

Anderson: It fits because you have a highly strategic element to the game. The first-person shooter part is skill-based, but the thinking part is very much like Chess.

You have a set of characters, you can only play each once, each character has a special capability – the way they move, which weapon they have, which special ability they have – that’s only for that class. In between turns, you can see the time loop, it’s kind of like “the board.” I have full visibility on what you’re doing, and you have full visibility on what I’m doing.

And basically, you make a move, I make a move, so you’re kind of constantly evaluating and countering your opponents. You get to observe, you get to plan, and you get to execute. It does feel like a Chess meets a first-person shooter. Both rich in strategy and action as well.

Ed: You have another pretty unique feature: Auto Co-op. Can you explain how that works as well?

Anderson: Auto co-op is something we coined which is the act of playing as a team… by yourself, which is something pretty unique to this game I believe.

Like I mentioned at the end of the 10th round, there will be five versions of you and five versions of me, so I can actually do team-based strategy. I can help myself using previous characters and current characters, and you can come up with formulated strategic gameplay.

It’s kind of like co-op but it’s all previous versions of you, so we call it auto co-op.

Ed: So seeing as how the actions will loop and new actions will continue to be placed, what are some weird, awkward, or unique scenarios that may occur from this gameplay?

Anderson: Weird thing [thinking]… head-shotting yourself in the back of the head with a sniper rifle is kind of weird (laughs).

We have full friendly fire, so it’s something you have to be aware of when you’re playing. As well as dodging enemy bullets. You have to remember where your bullets went and what you did as well. It’s very easy to make the mistake of walking through your own line of fire.

You need to know what you did. If you send a bunch of sniper bullets down a corridor and later on you forget and you turn down the corridor you’re going to end up shooting yourself in the face.

We also have a thing called Ghost Mode which is when you die you keep playing even though you’re dead.

So you play as a ghost for the full 25 seconds because in a later round you may be able to prevent yourself from dying and then all those actions that you took as a ghost become a new timeline… it becomes real.

So that’s another aspect of the game that’s unique compared to other first-person shooters.

Lemnis Gate is due on sometime in 2021. It is currently being developed by Ratloop Games Canada and published by Frontier Foundry.