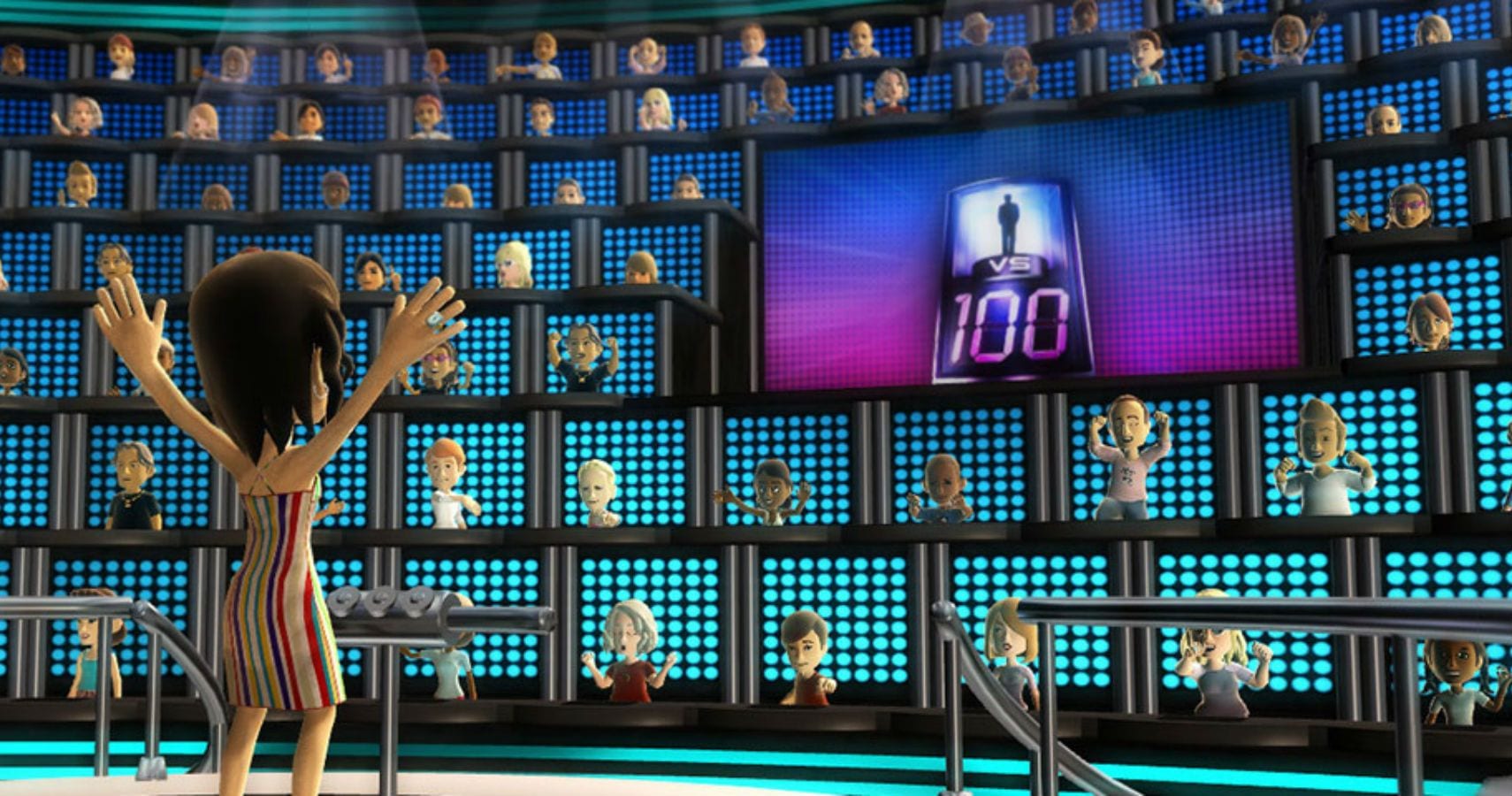 Fall Guys: Ultimate Knockout is the smash-hit game you really should be playing right now. 60 players are thrown into vibrantly-colored stages and must dive, jump, and grab their way to qualification to the next one round. Survive all five rounds and you’ll be crowned the winner of this incredibly compelling game show.

It’s a prime example of something we’ve seen time and time again over the years. Ever since PlayerUnknown’s Battlegrounds made Battle Royale ‘hip’ and ‘down with the kids yo’ everybody’s tried their hands at it. Epic Games, Activision, EA, even Ubisoft’s trying to get in on the fun with Hyper Scape.

Where each of those has opted for the violent means of player elimination, Fall Guys deviates. Fall Guys’ whole bravado comes in lighthearted fun. After all, you can’t be mad you got disqualified because your Jellybean character gets rag-dolled into oblivion by an ever-rotating bar whose sole purpose is to sweep the legs of participants and whittle down the numbers.

It’s the kind of lighthearted, multiplayer fun we all need right now, during the darkest of days as we battle a worldwide pandemic and face grueling, real-life matters. Something to lighten the mood and remind us that not everything’s doom and gloom.

It’s the exact same reason why it’s about damn time Microsoft brought the true Battle Royale MvP out of retirement. The mac daddy. The one and only. 1 vs 100.

Developed and published by Microsoft Game Studios way back in 2009 for the Xbox 360, 1 vs 100 was a quiz show-style Battle Royale game. One player would assume the role of ‘The One,’ 100 other players made up the 100, aka ‘The Mob,’ and all other players would be ‘The Crowd.’

It was then a matter of out-answering the opposition. The more members of ‘The Mob’ that were eliminated while ‘The One’ continued to get questions right, the higher the prize pool. Players could win up to 10,000 Microsoft Points and even an Xbox Live Arcade Game if they performed well enough, and that wasn’t just limited to ‘The One,’ either. Check out the video below for an idea as to how your average game would play out.

In a sense, then, 1 vs. 100 was the OG Battle Royale game, and despite failing to see out an entire year — Microsoft confirmed it wouldn’t get a third season in July, 2010 — quickly became a cult classic among Xbox 360 owners.

Given the current state of world affairs, the return of 1 vs 100 around now seems like the perfect option for Microsoft. With many people still looking to minimize their social interactions in the midst of the Coronavirus outbreak, 1 vs 100 gives players that ‘pub quiz’ style atmosphere. Sit back with a few friends in a party, answer questions, have a few drinks, inevitably lambast that one friend for getting that question wrong. Cry in despair as you were the friend that got that question wrong. And repeat the cycle the next day.

It didn’t matter whether you were winning prizes or not. Even if the ultimate goal was to land yourself in the shoes of ‘The One,’ just playing along as part of the crowd was fun enough. Seeing how many other players you could outlast with your general knowledge, or watching ‘The One’ crack under the pressure three questions in. Honestly, some of my favorite memories of video games come from the hilarious times that ensued playing 1 vs 100 with friends.

It’s also the perfect Xbox Game Pass game. Much like Grounded, it has that social appeal. Playing 1 vs 100 on your own is fun enough, but it reaches whole new levels when you’re in a party with pals. It can be the carrot, luring the metaphorical donkey into the Game Pass pen. Perhaps the game could rotate in and out every few months as seasons ended and started, just to help Microsoft recoup some of the expense of any prizes given away.

Speaking of prizes, a few extra months of Xbox Game Pass here, an upgrade to Game Pass Ultimate there. Microsoft could even throw in discount codes for its Design Lab service so players could save a few bucks on their own custom controller. Just because the king returns, doesn’t mean it has to be wearing the exact same get-up.

Alas, the book may not lie with Microsoft itself when it comes to 1 vs. 100 having not yet returned. In an interview at XO19 in London, Phil Spencer agreed it was something “we (Xbox) should do again,” but explained that “the IP was owned by a games show company.” Xbox is apparently exploring alternatives to see the return of a the trivia battle royale gameplay, but for now we’ll just have sit tight and hope for the best.

Fall Guys has proven there’s a market for a casual, pick-up-and-play battle royale title. One that deviates from the norm and isn’t afraid to stand out from the crowd. Given its PlayStation console exclusivity for the meantime, now’s the perfect time for Microsoft to launch its own casual counterattack.