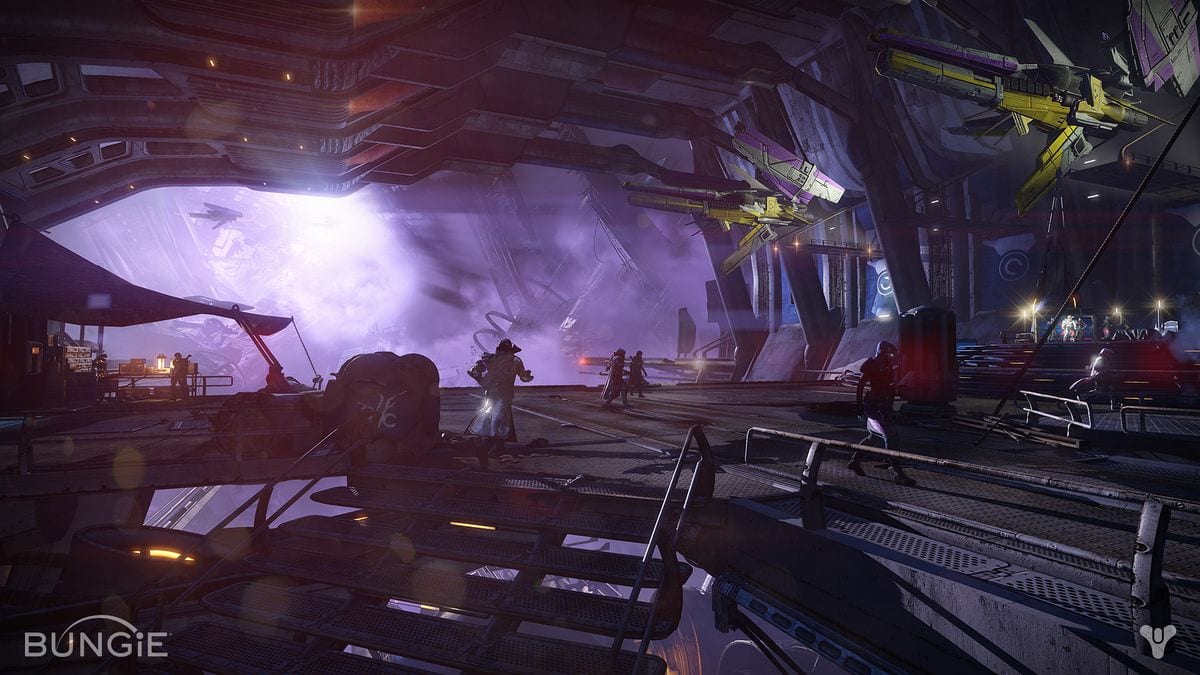 We start this list off with by far the most important change that needs to be made if Destiny 2 is ever going to feel like an MMO: better social and chat features.

The PC version of the game has text-chat already, so I’m speaking more to the console versions at this point which desperately need in-game text chat.

Other console games have this option. I can plug my keyboard into my PS4 and type while playing Final Fantasy XIV. Xbox One controllers have the keyboard attachment. And if someone wanted to ride the struggle bus and do it the hard way via the slow-chat offered by PS4 and Xbox One then so be it, it’s better than nothing.

However you want to do it, the lack of text-chat on consoles is really hurting the ability for players to more easily link up with new people. Having to rely on outside apps is not something that anyone should be happy about.

It seems to be something that can be implemented in Destiny 2, again it’s in the PC version of the game, but it just hasn’t yet. If Bungie gets on that sometime soon, that could open the door to the next entry on this list.

After building up some better social features, it opens up the door to have some more interesting towns other than just The Tower. If strangers can actually effectively communicate, then it would be possible to try and theme certain areas around specific activities, interests, or goals.

After all, part of the MMO experience is feeling like you’re part of a larger world. When it’s instead just a small handful of people – that you can’t even easily talk to – crammed into the same space for years on end, the world doesn’t feel all that big.

Destiny 1 sort of did this, but the social areas felt tacked on parts of major expansions and didn’t feel like they were anything other than just different looking Towers.

Why not have a space designed around PvP, Raids, socializing, etc.? That way players can congregate and possibly meet new people with similar in-game interests or work together to get things done with a stranger instead of being alone most of the time.

Destiny 2 is brimming with potential when it comes to equipment build ideas, but its equipment menus are so cumbersome. There’s not nearly enough inventory space to carry all the things you would like to have on you and swapping gear, especially on console, is a painfully slow task.

If there was just some way for Bungie to enable players to set up macros or quick equipment set swaps, it would make experimenting with builds so much more convenient and enjoyable.

It wouldn’t need to be game-breaking either. Simply apply a debuff that prevents players from shooting or using abilities for a few seconds after swapping so that the game doesn’t turn into a crazy min/maxing exercise.

Most MMOs have something that players can do to wind down and relax after a hard night of raiding and playing. Something that lets them just hang out in the game world and soak everything in while doing something a bit more low-key.

Destiny 2 doesn’t really have any of that sadly. It’s not totally unexpected as it’s a first-person shooter, but why settle for expected?

What could Bungie do though? Well, let’s start with bringing back sparrow racing league for starters. Perhaps there could be more organized events in the Tower such as games that start every few minutes or when enough people gather around, say, the soccer field at the Farm?

I’m not going to get crazy and suggest crafting, which is a staple of most MMOs, but if Bungie wanted to spend time to make that work that would be quite the pleasant surprise for sure.

The bottom line is though I wouldn’t mind hanging around the world of Destiny 2 longer than I usually would if there were things for me to do other than just shoot and loot until I get tired and want to do something else.

Playlist Activities That Are Rewarding & Grindable

Finally, this last section speaks to gear progression as a whole. In particular though, the playlists really need some work.

I should never run out of ways to grind in Destiny 2. Sure, Destiny 2 does a great job of showering me with useless blue (rare) equipment, but when I’ve done all the powerful weekly engram rewards activities it can get a bit dull.

I’d love to see Destiny 2 rework its reward structure to be less sources of powerful engrams, but drop more powerful gear; then revise the playlists to be the place you go to just pick up small power increases as often as you want.

Many Destiny 1 fans probably remember staying in a Strike playlist for hours with friends because it was fun and worthy of your time. Nowadays I’d wager most players do their weekly engrams in the playlist and rarely touch it after that unless they need something from Nightfall.

MMOs should never run out of things to do. Destiny 2 has enough content to ensure that doesn’t happen, the reward system just needs to tweaked to better leverage all the stuff that’s in the game.

What do you think should be added to Destiny 2 to make it feel more like a MMO? Let us know in the comments below.