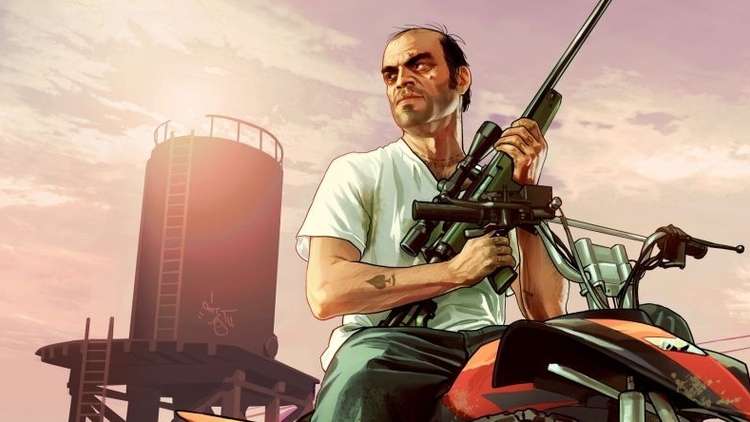 Sony showed off its PS5 on Thursday last week, and what better way to kick-start things than with… a PS3 title from 2013? That’s right. Before we got a look at any brand-new PS5 footage, the ‘Future of Gaming’ event kicked off with a remaster of a game we were playing on the PS3.

Then it dawned on me, they’re just preparing us for what’s to come in the next generation.

GTA V’s PlayStation 5 re-release (and inevitable, simultaneous Xbox Series X re-release) isn’t just the exact same game with polished up visuals. I mean, it is that, but you’ll also get some exclusive new content to dive into.

Specifically, according to the PlayStation Blog post, GTA V on PS5 will “have a range of technical improvements, visual upgrades, and performance enhancements,” alongside “additional GTA Online content exclusive to the latest generation hardware.”

In other words, you’re not even getting a new single-player expansion to dive into, you’re getting some multiplayer DLC. There’s even a possibility it’s the very same kind of DLC that was released for free last year with the Diamond Casino and Resort. Chances are you’re going to be looking down the barrel of a $60 price tag, too.

Now before you all start screaming at me to “just not buy GTA V on PS5,” you’re right, I won’t. That’s not my issue, and I’m sure plenty of GTA super fans will snap it up in a moment’s notice.

My issue instead lies with the fact it doesn’t set a great precedent for the next-generation of consoles.

The PS5 and Xbox Series X are set to push the boundaries of console horsepower once again. SSD storage allows for larger worlds, faster loading times, and customizable installation options. It’s the kind of hardware that should be encouraging developers to push their own boundaries. To take on new challenges. Not to rehash their existing library with a few added bits for a quick cash grab.

Rockstar Games is a developer known for squeezing out every last drop processing power from consoles, and while Red Dead Redemption 2 did exactly that in 2018, the lack of a fresh, new GTA experience in seven years is wholly disappointing for fans.

That’s two years longer than the longest wait between mainline games in the Grand Theft Auto series before GTA V’s release. At this point, the last thing fans wanted to see was the admittedly excellent GTA V rearing its head on PS5 again.

Imagine how differently things could have gone: a few panning shots of a sprawling new city. Hundreds of people traipsing up and down busy shopping streets, crowds enjoying sports at a stadium, the usual GTA trailer goodness.

A quick sneak peek at GTA VI would have felt like a far more fitting introduction to ‘The Future of Gaming’ event, even if it wasn’t to come for a few more years.

Prior to some clarification from Sony, it looked like GTA V wasn’t on its own, either. Spider-Man: Miles Morales had been touted at one point as a remaster of Spider-Man on PS4, with a few additional segments involving Miles Morales. The messaging has since been clarified, stating that the title due to hit PS5 this Holiday season is a standalone game akin to InFamous: First Light, The Last of Us: Left Behind, or Uncharted: The Lost Legacy.

Regardless of whether GTA V PS5’s ‘remastered and expanded’ blueprint becomes the adopted norm for next-gen remasters or not, you can bet your bottom dollar they’ll continue to come with the usual visual overhauls and QoL tweaks we’ve come to expect. And don’t forget about remakes, the far more fitting (in this writer’s opinion) means of bringing a classic to modern-day audiences.

All of this goes to say that remasters aren’t going away just because this generation is coming to an end, and if GTA V’s 2021 release is anything to go by, you can expect to see many repeat offenders, too.