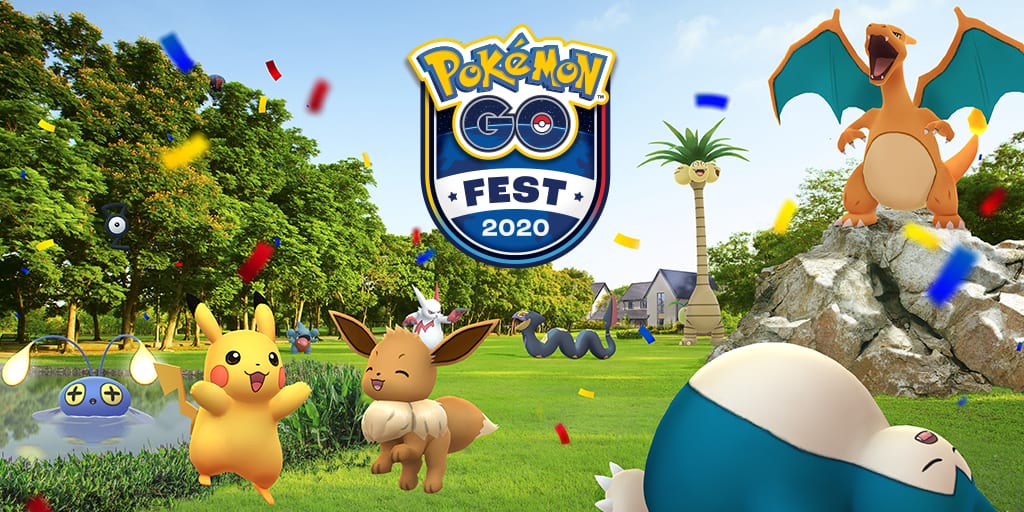 Late last month it was revealed that Pokemon GO Fest 2020 will take place digitally. This is the first time that GO Fest will be open to all players instead of just those who get a ticket on time. This morning, a blog post from Niantic revealed the cost of tickets as well as some other interesting info.

This post revealed that Pokemon GO players have visited Pokestops over 290 billion times, walked over 28 billion kilometers, and have sent over 20 billion gifts over the life of the game. These numbers are all ridiculously hard to visualize but they show just how dedicated Pokemon GO players are.

And Niantic has been hard at work all Summer to make sure those players can still be active in Pokemon GO. That continues with GO Fest as Niantic has promised that you’ll need to go outside, but you’ll still be able to practice social distancing during the event.

Niantic promises that it will be, “…introducing a lot of new gameplay concepts for Pokémon GO Fest 2020…” The details about what these concepts are remains a mystery, but they will likely be revealed at a later date.

Also, as a way to increase interactivity with your friends, Niantic will be launching Niantic Social in Pokemon GO. Right now you can only see friends who have played in the last 24 hours, but this will show you who on your friends list is currently playing Pokemon GO.

Niantic is also working on a Pokemon GO Fest Virtual Team Lounge to help increase connectivity between players in a world of social distancing:

We’ll also be launching a Pokémon GO Fest Virtual Team Lounge which will be a way for Trainers to connect, participate in fun activities and giveaways, get a glimpse into the lives of Trainers from around the world, chat with the Niantic developers and get ongoing updates on the event.

For the players who choose to stay indoors — or anyone for that matter —, Niantic will offer printable decorations and activities to help celebrate Pokemon GO Fest.

Finally, the blog post announced the launch of the Niantic Local Business Recovery Initiative. This will let players nominate 1000 small businesses in Japan, Mexico, Great Britain, the US, and Canada to be featured in Pokemon GO for up to one year.

If you would like to learn how to nominate your favorite small business, then check out the official Niantic Local Business Recovery Initiative site.

If you can’t get enough Pokemon GO news, then check out our latest coverage of the game: