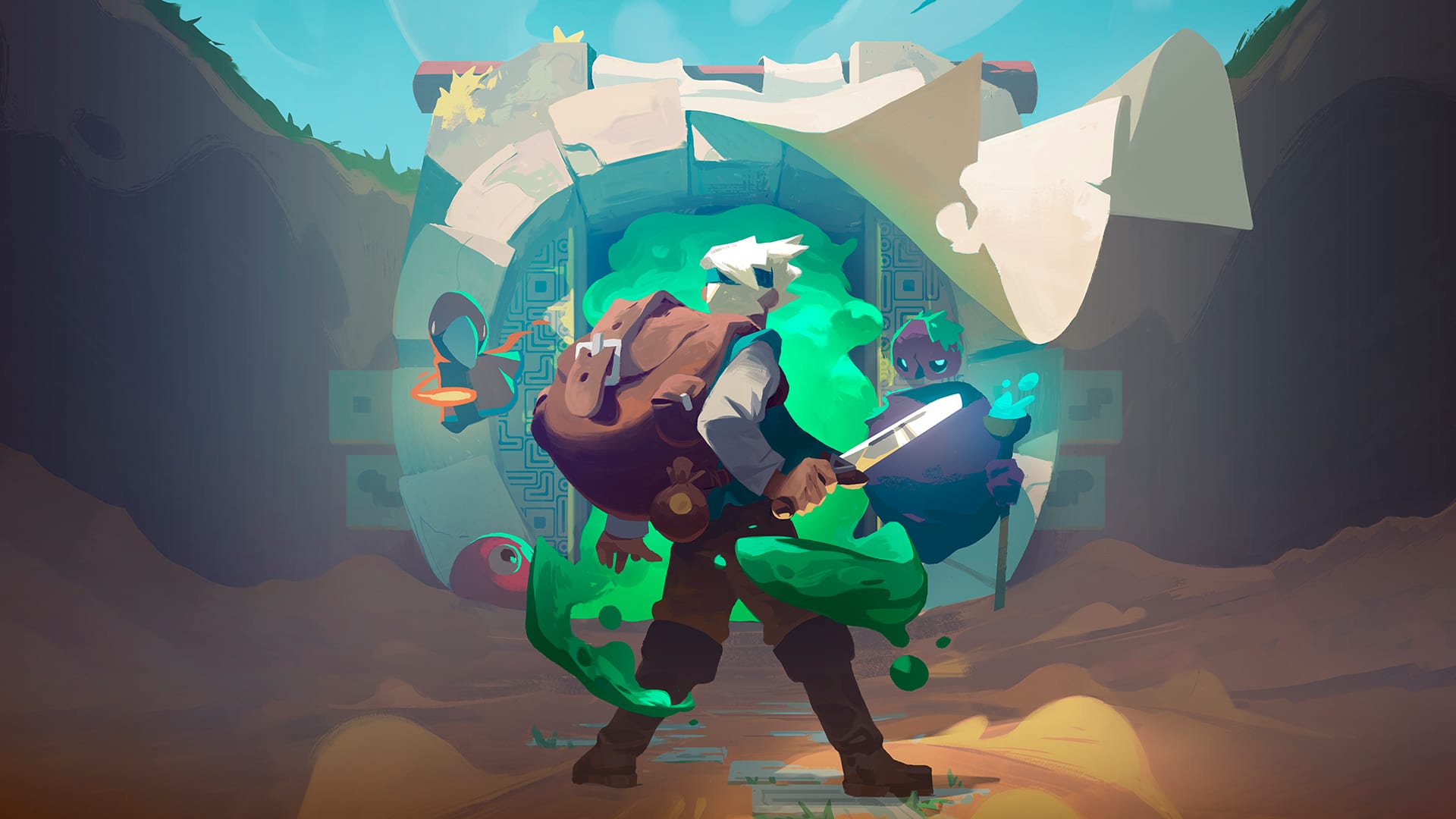 Moonlighter: Between Dimensions on Nintendo Switch

The rogue-lite indie hit Moonlighter has received a major DLC drop for the first time since launch. This content adds an entirely new dungeon to delve into, as well as a new equipment set, shoppers, and more!.

Although we loved the title when played on PC, we also felt that it had its fair share of issues on the Nintendo Switch. Luckily, this DLC brings with it a large list of bug fixes that help out with some of the issues in this port, as well as offering more of the same sort of incredible gameplay enjoyed in the initial release.

Even though there is plenty to like for existing fans of Moonlighter, the lack of differentiation in the loop means this is literally just more of the same, with the progression you encountered previously.

More of a great thing can be good, but for those hoping for something new, exciting, or fresh, you will sadly be disappointed.

Additional content is the bulk of this package, with new storylines being few and far between. Building from the ending of the original portion of the game, a new dungeon has appeared out of nowhere, and the protagonist must enter it to discover what is going on while profiting from the adventure.

Besides the discoveries made late into the dungeon, you are left very quickly to your own devices as the DLC commences. Considering the original tale wasn’t something noteworthy to begin with —focusing mainly on the gameplay loop— it makes sense we got another story-lite continuation.

Where things get disappointing is when you really add up what is on offer here compared to what you already had.

The dungeon allows for a few hours of new action, with new enemy types and mini-bosses to go toe-to-toe with, but everything you do is the same, sometimes tedious adventure you find in rogue-lites in general. With the loop of entering the dungeon, gathering loot, and returning to sell at your shop being the bread and butter here.

The upgrades to armor and weapons follow suit with nothing out-of-this-world to make things more interesting, allowing for simple, basic upgrades to defense, health, and damage.

The one shining star in this package comes in the trick weapons, which can be discovered within the dungeon, and purchased with gathered slime chunks from downed enemies. The downside here is that each new piece of equipment comes with a negative side effect, such as lowering your health with each attack.

If only new armor or weapon types vastly different from the normal set were available —that didn’t have severe negative effects— this portion of the DLC could have been way more interesting.

Additionally, the changes to the selling portion of the game are even more minimal.

The new upgrade to the shop adds a new aesthetic, but otherwise functions entirely the same as the previous one did. New types of shoppers enter the store, but all in all, it is as close to the original Moonlighter as you can get, and half of the new shop content is available free to all, with or without the DLC purchase.

And finally, the newest shopkeeper —The Trader— acts just as the normal materials vendor does, with the only twist being that you trade other materials with him rather than gold.

At the end of the day, Moonlighter: Between Dimensions is an acceptable DLC drop for a fair price. As long as you like the original release and want more of the same, Between Dimensions comes highly recommended, as it extends your time in Rynoka. Otherwise, those expecting anything to freshen up the experience, or hoping for game-changing additions, will be met with swift disappointment.