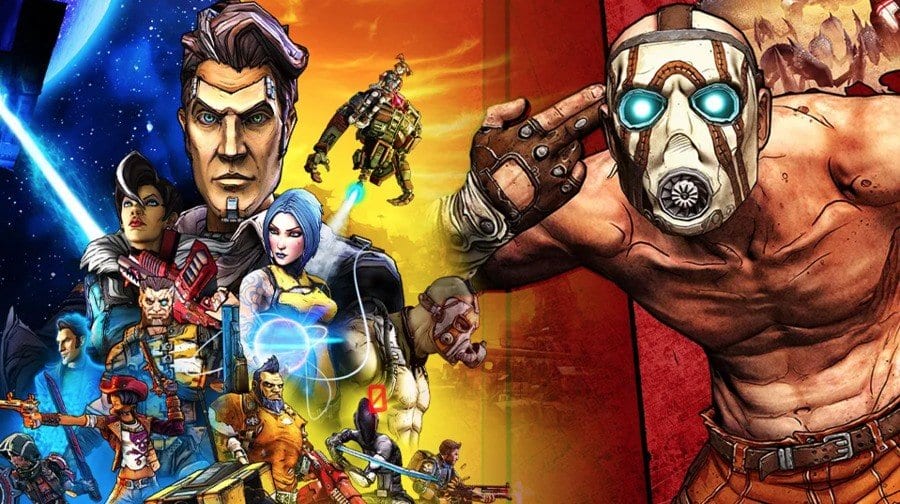 Back in 2014, I bought Borderlands 2 on the PS Vita. It was a rough port; the frame rate chugged, enemies just popped out of existence when they died, and the game just felt bad to play. But even so, it was portable Borderlands, and that was the dream. I could kill Psychos and hunt down loot wherever I went, and that was enough.

The PS Vita may be dead now, but the Nintendo Switch carries on that little console’s legacy of quality handheld gaming. It’s fitting that the Borderlands Legendary Collection should find a new home here, and let me tell you, it plays beautifully.

Capped at 30 frames per second, the Switch version of all three Borderlands games isn’t technically the best way to experience these games. When playing handheld, the analog sticks and buttons are still too small for long, comfortable play sessions. But when docked, it’s pretty much a dream.

I dipped into all three Borderlands games over the weekend, though I spent more time with the second game, and it runs beautifully on Nintendo’s little console. When docked and with a pro controller, the games run almost as well as their PS4 and Xbox One counterparts. If there’s any difference or discrepancy in quality, it’s not noticeable.

Thanks to the series’ timeless cel-shaded graphics, aside from a few dated UI choices here and there, it’s hard to tell that these are last-gen games. While the handheld experience isn’t exactly optimal –the Switch is never a good option for shooter games, in my view– it’s more than serviceable if you’re looking to play for a few quick minutes, or to complete a mission on the couch or right before bed.

Unlike the Vita, the Switch features a complete control scheme, which means you no longer have to fiddle with unreliable rear touchpad controls to melee or throw grenades. It’s nice. It’s the portable Borderlands experience we’d all hoped for when news first broke that the sequel was coming to the Vita.

A few things to note while playing in handheld mode, though: as expected, all three games will eat through your battery life quickly, and there’s still noticeable pop-in and the occasional muddy textures you’ll have to deal with.

Playing on the newer Switch model with extended battery life, I was able to get around four to five hours of playtime with Borderlands 2. Pretty decent, but still something to be aware of when taking the game with you on a longer trip.

Regarding the textures, while it’s not quite as severe as, say, the Doom port from 2017, it’s still noticeable and can be pretty jarring if you’re particular about graphics and the way your games look. Perhaps a slightly more pressing issue is the small text size on the Switch. It wasn’t a problem for me personally, but small text can be difficult to deal with when playing on the smaller Switch screen, which makes the handheld experience rather uncomfortable when playing for an extended period of time.

These aren’t deal-breakers, though, and the trade-offs are well worth it for the chance to play three massively dense looter shooters anytime you want. If you’ve been looking for an excuse to dive back into the first three Borderlands games, the Switch is a great way to do it.

While I certainly can’t see myself sinking hundreds of hours into all three games all over again, it’s nice to know that if I ever wanted to dive into a proper looter shooter at a moment’s notice, Borderlands will always be there for me on the Switch.