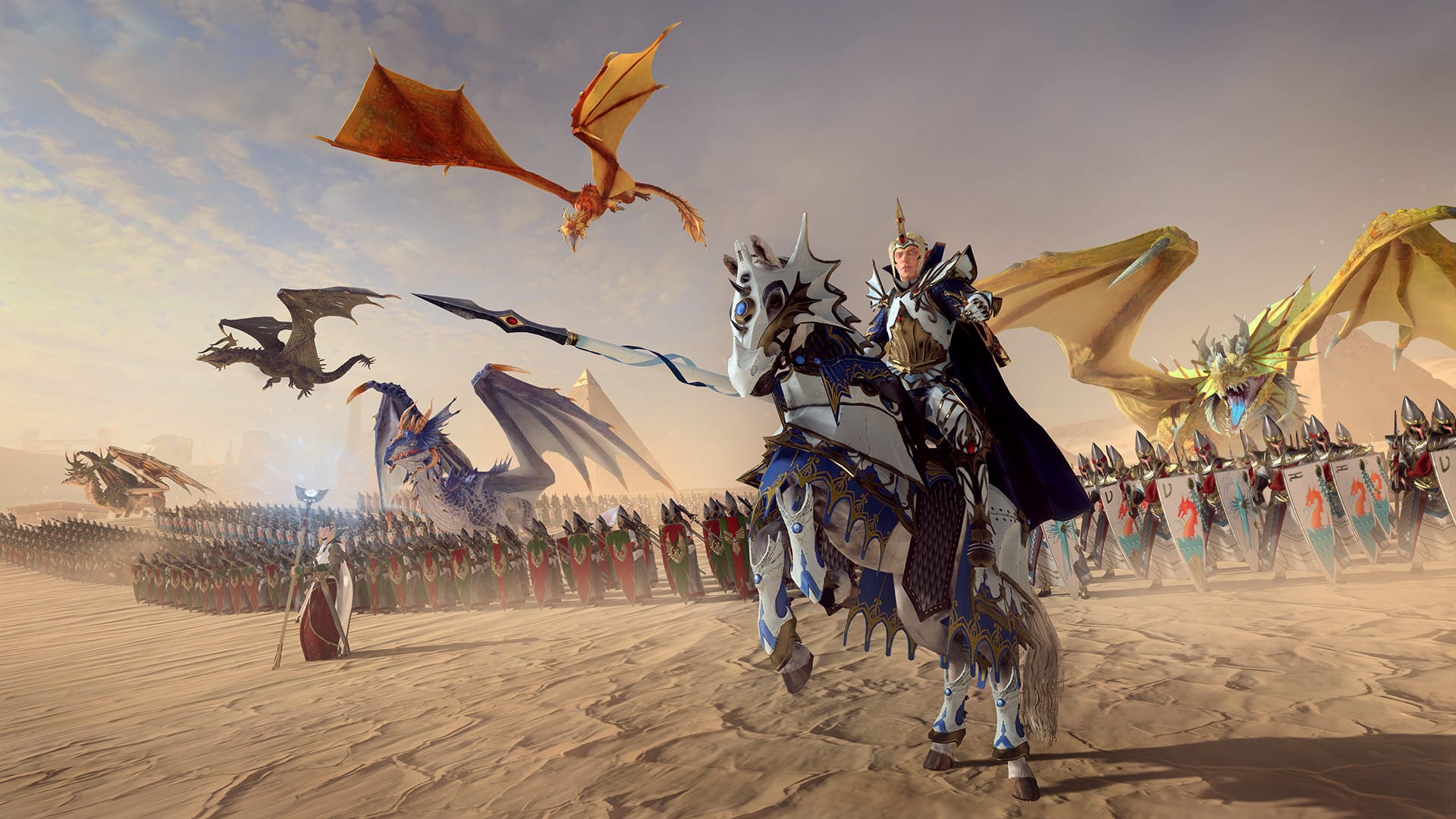 Today Creative Assembly released a new Total War: Warhammer II trailer focusing on the upcoming free update that will accompany the DLC The Warden & The Paunch.

The update will include several quality of life improvements and will mostly focus on completely reworking the Greenskins, including large changes to the Waaagh! mechanic.

High elves will also get a (smaller) set of tweaks to bring them up to par with the front runners.

Speaking of high elves the update will also come with the next freeLC, which will focus on the iconic prince Imrik of Caledor, who will appear as a legendary lord with his own (very interesting) dragon-focused mechanics.

Here’s some info about Imrik.

“A direct descendant of Caledor the Phoenix King, Imrik is widely known as the greatest living Dragon Prince and shares a unique bond with Dragonkind.

In the Eye of the Vortex campaign, he leads the faction of the Knights of Caledor from their base at Ka-Sabar in the Shifting Sands area. In Mortal Empires he’ll start at the Fortress of Vorag in the Plain of Bones.

Throughout the course of his campaign, Imrik will discover the locations of unique Dragons, and will have the opportunity to tame them in battle. Should he do so, they will join his cause and fight alongside him in future battles.

Imrik also has access to the Greater Invocation of Vaul – a more powerful form of the rite available to other High Elf Legendary Lords which grants factionwide Flaming Attacks and enables his Dragons to use their breath attacks more often. Imrik also has access to the Invocation of Eldrazor, a rite which grants bonus experience to all his Lords and Princes, but negatively affects his diplomatic standing with other Elven factions.”

If you want to see more of The Warden & The Paunch, you can take a look at the original announcement of the DLC, which will release on May 21. You can also check out another video featuring the White Lion Chariots of Chrace.