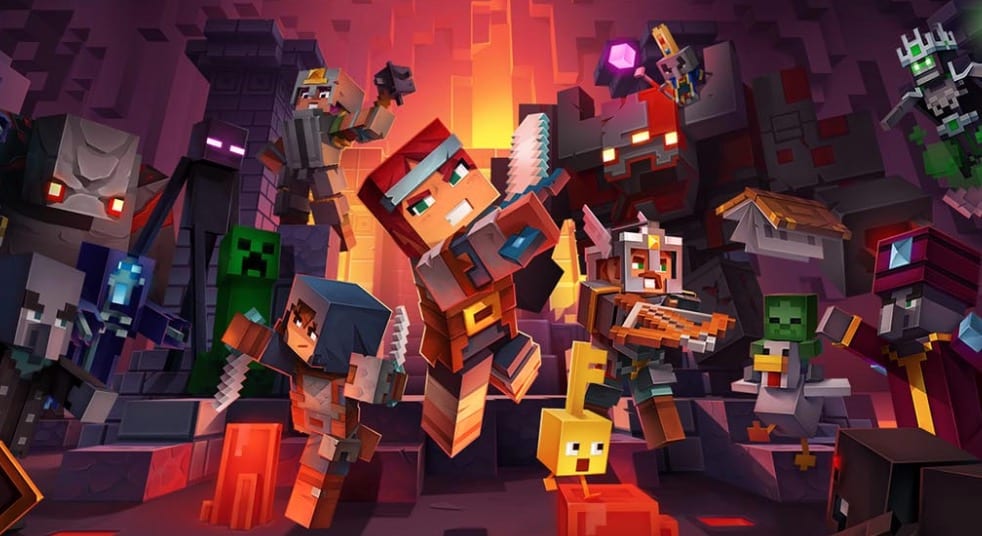 Despite not being a fan of Minecraft itself, when Minecraft Dungeons released for consoles and PC last week, I was instantly intrigued. With how open the concept and branding of Minecraft can be, it made sense for Mojang to take the franchise towards the direction of the looter genre, and perhaps surprisingly to absolutely no one at all, it works well. And going even further beyond that, it works amazingly well on the Nintendo Switch.

As a huge fan of grindy games that just encourage you to hunt down better loot, the Switch has always struck me as the perfect platform for that genre. We’ve already got Diablo III, the ultimate loot grind game, as well as several other RPGs that feature similar gameplay loops. But while Diablo III is a prime example of how compelling the looter genre can be, it’s always felt like a massive time commitment.

This is probably due to the sheer variety in gameplay, with multiple classes to choose from, skills to master, and just the overwhelming amount of loot that gets thrown at you right from the beginning. It’s always tempting to just equip whatever has the highest number attached to it, but then you’ve got to think about enchantments and upgrades or you might inadvertently put yourself at a disadvantage in combat by equipping the wrong stuff.

Not to mention the fact that it can take a while to reach the Rift dungeons or complete the main story for the first time before you can start the proper grind; Diablo III is deep.

And that’s where Minecraft Dungeons comes in as a worthy complement to Blizzard’s daunting loot game.

Unlike Diablo III, Minecraft Dungeons parses back its systems and makes it much more digestible and palatable for the casual player who doesn’t want to put too much thought into things. There are still upgrade systems in place, and as you level up you gain Enchantment points that can be used to enhance your equipment and artifacts.

But for the most part, Minecraft Dungeons keeps things simple. Every piece of equipment has unique effects, but you’re never bombarded with stats and numbers that boggle the mind. You never have to worry too much about pouring Enchantment points into the wrong gear pieces either, as you’re refunded all your spent points when you salvage an upgraded weapon or armor.

Even the blacksmith stationed at your camp is refreshingly simple to make use of. For 80 Emeralds, he’ll give you a random piece of gear that might be better than whatever you have equipped at the moment, and that’s it. No tedious menus to get through, no need to juggle multiple currencies or farm for rare resources to get new items. It’s nice when things are simple.

Most importantly, though, from what I’ve played so far, Minecraft Dungeons is fairly stingy with the loot, which is far and away the most important aspect of a looter game in my view. This is what makes the loot drops so exciting, and it’s what keeps you going.

Now, I haven’t actually beaten the game on its default difficulty yet, but after completing the first five main levels, I’ve found Minecraft Dungeons to be refreshingly simple, and it’s exactly what I need to distract myself while doing more important things like, um, watching Netflix.

That’s not to say that Minecraft Dungeons is completely devoid of depth, though, as there are still multiple weapon types to choose from. Not all gear items are made equal, and two of the same swords could have different Enchantment perks for you to upgrade; there are still meaningful decisions to be made here if you want to min-max your way through the game, and I can only imagine how much more important those decisions will become as you start replaying levels on higher difficulties.

But with the manageable number of levels currently included in the base game, coupled with how nice and lightweight its mechanics are, Minecraft Dungeons has quickly earned its way into my selection of staple games on the Nintendo Switch. Finally, a Minecraft game that I can properly get into.