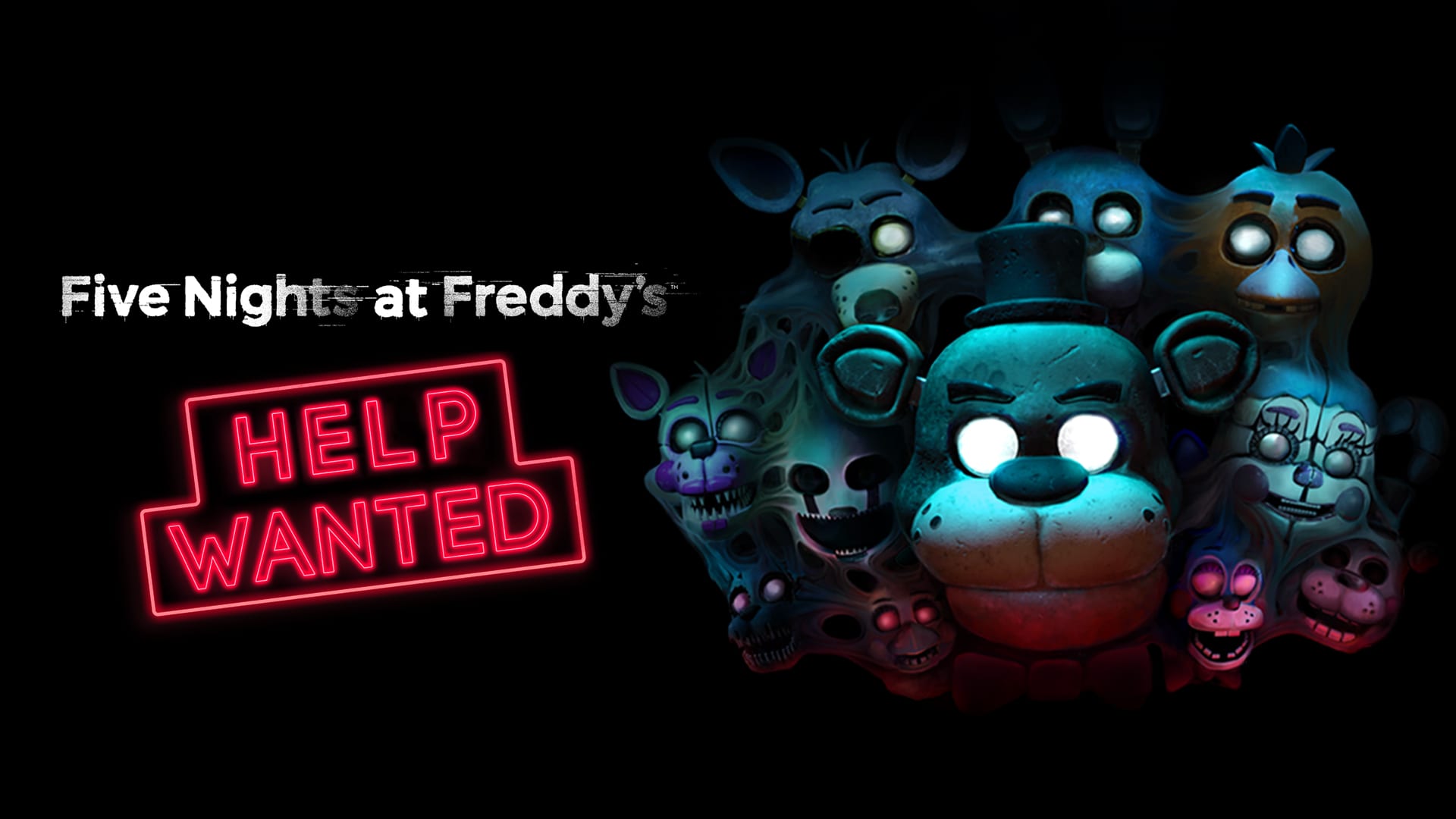 Five Nights at Freddy’s: Help Wanted might be exactly what fans of the series are looking for in terms of a one-stop-shop for a majority of the released titles in the series, as well as the bonus content that joins this symposium of scares. However, some issues with the VR conversion mean this Switch collection leaves a lot to be desired.

The Five Nights at Freddy’s series has been a phenomenon of the horror genre since the first title’s original release in 2014. The series has made its way over from the PC and mobile space recently allowing for console players to get in on the action. These point-and-click horror titles are filled with deep lore, simple management gameplay, and the creepiest cast of mechanical antagonists this side of Chuck E. Cheese.

Five Nights at Freddy’s: Help Wanted was initially released as the series’ first VR endeavor, coming to PC VR units, as well as the PlayStation VR. This subsequent port onto the Nintendo Switch takes away the interactive virtual reality mechanics to offer a more streamlined experience.

With each of the first three titles on offer here, as well as some mini-game content that takes you to locations from the fifth mainline title —Sister Location— and several additional bonus modes, you will have a lot to play through with the Help Wanted collection.

A chilling, children’s pizza chain featuring animatronic performers has been brightening the hearts of children for years until one fateful day a child is killed in the restaurant. This occurrence is only the start of a much darker story hidden beneath the lighthearted setting.

The simplicity of the gameplay, though challenging and entertaining, has been completely overshadowed by the breadth of story that can be discovered for those willing to search it out.

Although not inherently scary for those who don’t have automatonophobia, the jump scares will best even the toughest of wills. Creepiness is more of the Five Night at Freddy’s recipe, where the hidden messages and tie-ins from each title have created a timeline of murder and mayhem that has spawned books and potential future films as well.

The protagonist has found themselves situated inside the restaurant (or other scary locales), where it is your job to keep track of the animatronics and last as long as possible with whatever tools you have at your disposal.

Watching the cameras, hallways, and power consumption to survive each night of the titular five nights has been the modus operandi of each of the mainline entries in this series.

Each of these titles offers slightly different gameplay mechanics; from hiding behind masks, using music boxes to trigger reactions in the animatronics, closing doors, and more, but at the end of the day, each is simply about survival and time management.

The pure simplicity on offer can get dull for those spending long playtimes in any of the titles here, but having a giant bear or chicken jump out at you will instantly pull you out of those funks.

The gameplay loop from iteration to iteration doesn’t offer enough of a difference to distinguish them from each other, so taking your time with each entry will help stave off repetitiveness.

The difficulty ramps up each subsequent night and you will have to act quickly, while taking more chances, in order to preserve yourself and hold off the enemies waiting at the gates long enough to hear that beautiful chime concluding every stage.

The gameplay isn’t for everyone as it is, but considering the downsides to this non-VR version, specifically, might be enough to keep you away from the series altogether.

The UI and controls are regularly clunky, with an odd “free look” mode where you can check out rooms—à la VR—allowing for you to search out hidden items, collectibles, and the environment. Unfortunately, it is extremely finicky, with slight movements zooming your vision about, where a release of the analog stick results in the screen snapping back to the default, front-facing position.

Additionally, a majority of the bonus content was built purely for its use in VR. The Parts and Service mode, for example, has you building the animatronics where being able to actually grasp the objects is the intended method. Thus, making it regularly bland and uninteresting when you are attempting to complete the objectives in this standard mode.

Not enough is lost in translation to call this a failed port, as the original titles are meant to simply be controlled with button presses —as Help Wanted is built— but the content on offer here doesn’t do enough to set itself apart to make it all that interesting of a proposition.

Five Nights at Freddy’s: Help Wanted is a great collection of FNaF titles for the series veteran looking for Switch versions, or for those searching out the additional bonus content, but the issues that come with the VR conversion, as well as the fact that the base games as a whole can easily lead to boredom and frustration for those not fully invested in the timeline and lore mean this is a niche collection for a niche audience. 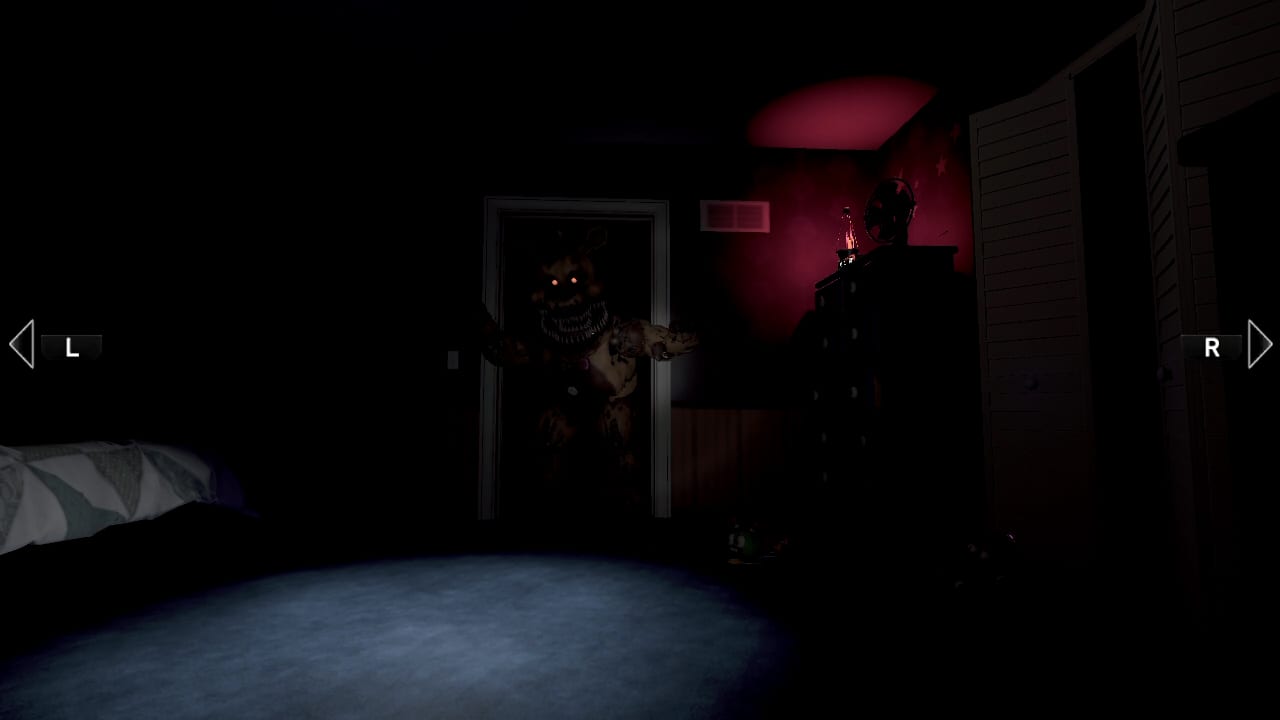