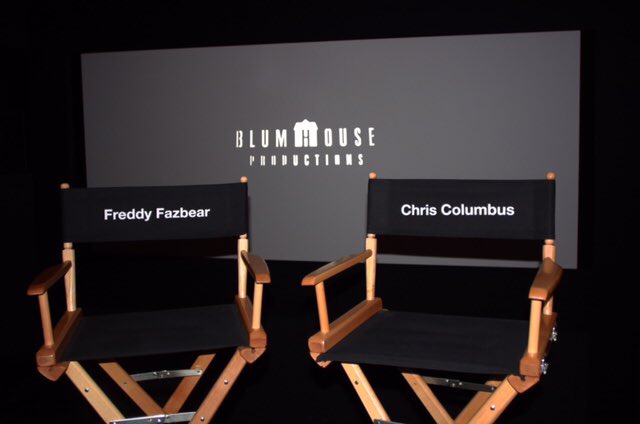 Unless you’ve been sequestered under a rock at some point in the last few years, there is a good chance you’ve heard of a certain little independent game franchise known as Five Nights At Freddy’s. FNAF, designed by Scott Cawthon, was a viral sensation that took the gaming world by storm back in 2014. It was an overnight success story that in just four short years the series has spawned seven different games, two novels, hordes of merchandise, fanart, and yes, even a movie adaptation. A movie adaptation that just found its director incidentally.

Courtesy of an article by Deadline, it has been revealed that the director of the upcoming Five Nights At Freddy’s movie will be none other than Chris Columbus. Fans may recognize that name, as Columbus has a long, successful track record in the film world, having helped to spearhead multiple beloved classics including Gremlins, Home Alone one and two, Mrs. Doubtfire, and perhaps most notably of all the first three Harry Potter movies. With such a history of making great films, the news comes as a much-needed reassurance for FNAF fans who have had little to go on up until this point.

The FNAF movie was first announced back in 2015 and has since spent most of its time in development hell with infrequent updates. Ultimately, horror studio Blumhouse Productions ended up acquiring the rights to make the movie. Fans may know Blumhouse for many of the most successful modern horror movies such as Paranormal Activity, Insidious, and Get Out. In addition, creator Scott Cawthon has stayed on as a producer for the film to assure quality.

Further details on the movie, however, and what it will feature remain unclear. The Five Nights At Freddy’s games always featured minimalist storytelling with a deep emphasis on an extensive lore going on behind the scenes. Neither of which are easy to adapt to the big screen. The film appears to be an adaptation of the first game, pitting a late-night security guard against the killer animatronics of Freddy Fazbear’s Pizzeria; but beyond that it’s hard to say. Details have remained vague and the base game doesn’t have enough direct plot for a proper one-to-one adaptation. So some liberties are to be expected.

Still, for all who were worried about the film the announcement of Columbus’s inclusion is a much-needed relief. With the dream team of Scott Cawthon, Chris Columbus, and Blumhouse productions the film is lining up to potentially be a standout video game adaptation. Though for now it’s best to wait and see. There are rumors of a 2018 release date for the film, but as of right now nothing official has been announced on the matter.