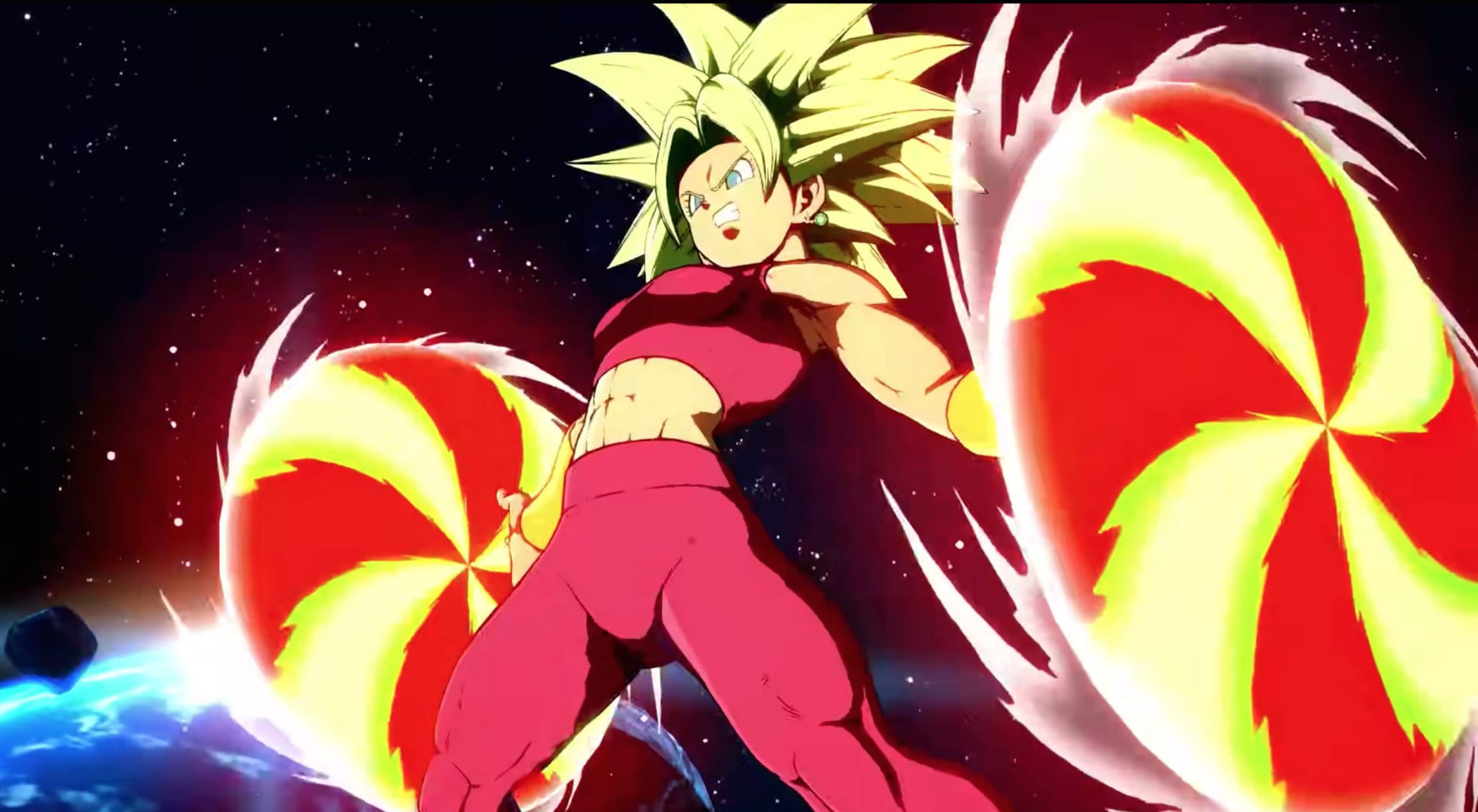 Generally speaking, fighting games tend to have a high barrier to entry for newcomers. When Arc System Works made a more accessible fighting game with one of the most popular anime of all time in Dragon Ball FighterZ, things changed.

Of course, Super Smash Bros. is the most obvious exception to that generalization. But when people saw the unique Guilty Gear-infused style of FighterZ, and more recently, Granblue Fantasy VS, minds started racing.

How do those animations look so good? How do these games look better than the shows? Why did anyone else get to make an anime fighter like Jump Force when ArcSys exists? The world may never know, but here are 10 anime that could potentially blow minds if ArcSys got its hands on them.

Given its popularity, One Piece is easily one of the first choices that comes to mind when thinking of the next anime Arc System Works should make a fighting game for. It’s the only manga that has sold more than Dragon Ball, so that should tell you something about how much people love it.

One Piece has more than its fair share of games, but let’s be honest, the manga will never end, so neither will the game releases. We might as well get one that’s different from the others. Just imagine all of those Devil Fruit powers in that signature ArcSys art style.

ArcSys even developed a One Piece game in the past, so this may not be completely out of the question. The main issue might actually be narrowing down the characters for a realistic roster because of the ridiculous size of the One Piece world. The Straw Hats alone have around 10 members so far.

Yes, Demon Slayer is an anime that would make for an awesome Arc System Works fighting game. No, I won’t go so far as to say it’s anime of the decade like some would, but the characters and their fighting styles are different enough from each other that fun, viable move sets could be made.

This’ll be an even better choice once the anime catches up with the manga since more characters get introduced, and existing ones show off more of what they can do.

Nevertheless, as it stands, Demon Slayer’s flashy elemental attacks and devastating Blood Demon Arts could look even better in the hands of the animation magicians on the Arc System Works dev team.

Keeping with the whole powerful swordsmen/swordswomen theme, Bleach is the next logical choice. The varied abilities spread across a large amount of characters makes this another great entry. From Shinigami to Quincy, to Arrancar, there would be plenty of options for the devs to choose from.

The manga began its publication in 2001, so a new Bleach fighting game from Arc System Works in 2021 would have good timing. There’s even a 20th anniversary Bleach announcement that’ll be streamed on the Shonen Jump YouTube channel on March 21.

Bleach has far less games than you would think, considering how big it was in the early 2000s. In fact, Jump Force could be the last we see of Bleach characters in a game. The anime didn’t even get to reach the finale of the manga before being dropped, so Bleach fans could really use a win soon.

Speaking of anime that didn’t get to fully adapt their manga, we have Soul Eater. This anime is less known than the ones above, but Arc System Works could still turn it into a fighting game that fans would enjoy. That’s essentially what they did with Granblue and also RWBY to some extent.

For those unaware, Soul Eater’s world is full of characters who turn into weapons that are then used by other characters. It sounds strange, for sure, but think of the tag-team gameplay possibilities. And that’s without even mentioning the various witches, demons, and other non-humans in the cast.

Soul Eater has been off the air since 2014 and it hasn’t had any major media presence in a while, so it could be a stretch. Although, Arc System Works did just put out a Granblue fighter. That series started out as a Japan exclusive mobile game in 2014, so maybe international obscurity means nothing.

I can’t list Demon Slayer without also adding Fate/Stay Night, even though it originated as a visual novel. Animation studio Ufotable worked on both series, after all. The idea of Fate characters in an ArcSys game isn’t a far-fetched one, according to the producer of BlazBlue Cross Tag Battle.

If Arc System Works employs animation magicians for fighting games, the same can be said for Ufotable in terms of anime. Their work on Fate/Zero, Heaven’s Feel, and Unlimited Blade Works just makes you want to have control over the insane powers that are depicted.

It’s for reasons like those that fans dubbed their projects “Unlimited Budget Works.” If I could do anything even 50% as cool as what was seen in the Saber vs Berserker fight, I would have zero complaints.

Another well-known shonen anime that would turn heads as an Arc System Works fighting game is Hunter x Hunter. Honestly, the series deserves a new game on modern consoles, fighting or otherwise.

Just like with Bleach, a very small portion of the Hunter x Hunter cast was last seen in Jump Force. It was great to have Gon, Killua, Kurapika, and Hisoka included in that game, but seeing the Chimera Ants or Phantom Troupe in ArcSys-style action would be a whole other experience.

Here’s hoping that the characters will eventually get to battle it out in an ArcSys 2.5D fighter in the future. After all the love they put into FighterZ, I wouldn’t be surprised if they even somehow found a way to incorporate the Hunter x Hunter narrator.

When the Black Clover anime first started airing, there were more than a few complaints about how loud and annoying main character Asta was. If you managed to get past that point in the show, you’d see why Black Clover is on this list.

If you dropped the anime before it got any better, I’m here to let you know that it’d be another good candidate for an Arc System Works fighting game. Asta isn’t as loud, more characters with more magical powers have appeared, and you can almost see how each of them would fight.

Even though it’s relatively new, the Black Clover anime is actually one of the more popular ones on this list, which could make it an even more likely ArcSys pickup.

Fairy Tail is another popular anime that people seem to either love or hate, but have still watched early bits of. Whether you lean on one side or the other doesn’t matter though, because Fairy Tail’s world is practically made for a fighting game.

Groups of characters with distinct personalities are separated into guilds full of powerful members. Truthfully, the Fairy Tail guild alone has enough members with interesting powers to fill a whole roster by itself.

Coincidentally, Koei Tecmo is releasing a Fairy Tail RPG this year, so the world of Magnolia and its inhabitants would be fresh in players’ minds if a fighting game were to be announced shortly after its launch.

I know Naruto has a ton of Ultimate Ninja games dating back to the PS2. I know it has multiple Clash of Ninja games on the GameCube. I know these things, but hear me out. When was the last time Naruto had a truly enjoyable, non 3D fighter? It’s been far too long.

Arc System Works doesn’t need to retell the anime’s plot for the millionth time, but whenever I picture a Naruto ArcSys fighting game, it’s glorious. It could have the same roster size issue as One Piece and Bleach, but the roster doesn’t need to be massive.

Throw in fan favorites like Kakashi’s Team 7, Guy’s squad (minus Tenten), and a few select main villains, and it’ll be tough to complain. Well people would probably complain regardless, but a 2.5D ArcSys Naruto fighting game still needs to happen.

Here’s a little curve ball for the end of the list. Shaman King is an anime that finished airing in 2005, but the manga has continued through sequels to this day. It’s most likely the least known pick on the list, but once again, you can almost see the move sets develop in your mind while watching it.

It’s a show in which humans known as Shamans fight to become the Shaman King (who would’ve guessed) with the help of guardian spirits that give them otherworldly powers. The spirits aiding the Shamans are quite similar to Stands in Jojo’s Bizarre Adventure in some ways.

Frankly, this made the list over Jojo simply because it would be pretty hard to accurately depict some of the series’ best Stands in a fighting game. Regardless, Shaman King has plenty of action, and a few of its character designs look straight out of Guilty Gear, so it’s a surprisingly nice fit.

There’s an overwhelming amount of anime out there, so if you have any you would’ve liked to see on the list, let us know in the comments below!