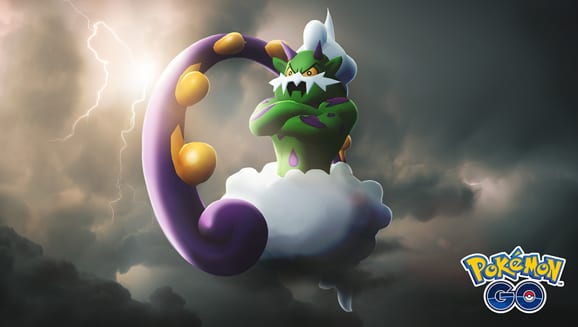 It’s time for a raid change in Pokemon GO. Now that most of the Swords of Justice quartet are in the game it’s time for the Forces of Nature trio to start appearing in legendary raids beginning with Tornadus. This was the first Pokemon in the franchise to be monotype Flying. This makes a slight impact on its weaknesses, but it’s mostly a fun bit of trivia. Here’s everything you need to know about Tornadus’ raid, stats, counters, weaknesses, & best movesets in Pokemon GO.

As you might expect of a Flying-type Pokemon named Tornadus, this creature mostly has wind-based attacks. But to take full advantage of this mon’s abilities you’ll need to capture it.

How to Catch Tornadus in Pokemon GO

Tornadus can be found in legendary raids and can be taken down by a team of two as long as you have max level hard counters. We’ll touch on those counters shortly, but the ideal number of trainers for this raid is closer to four with decent counters.

Since this legendary has just one type to hit for super effective attacks that makes picking counters a bit easier than some other raids with dual-type Pokemon.

Rock, Ice, and Electric mons make the most sense since they hit Tornadus for the most damage. Fortunately, only Rock-type Pokemon need to watch out since this creature can be pretty dangerous with Grass Knot.

Rampardos is one of the strongest and most dangerous options for this raid. The Electric and Ice mons are much safer options even though they might not deal as much damage as quickly. Here are the best counters for the raid:

Rock-type Pokemon rule the list of good counters. Rhyperior may jump up when it learns Rock Wrecker on Feb. 22, but we have yet to learn how strong it will be. Luxray and Zapdos are solid choices as well, especially if Tornadus has Grass Knot.

Some Ice-types like Jynx, Glaceon and Weavile might become viable options if it’s snowing. However, you should stay far away from them without a weather boost. Here are some good counters for the raid:

Tornadus is an undeniably powerful Pokemon with a great moveset that can decimate Fighting-, Bug- and Grass-type mons. It won’t last long in battles, but it’s one of the strongest Flying creatures in the game.

Where this legendary mon falters is in its defensive and HP stats but also in the fact that many of its best counters are easily obtainable. You can’t blame this Pokemon for having extremely common hard counters, but it’s just an unfortunate truth.

Tornadus’ movest is solid and gives this Pokemon everything it needs to be a solid Flying-type attacker. Sky Attack is the only thing that might make the moveset better, but it’s not completely necessary.

This legendary Pokemon has some solid fast attacks that can get you charge attacks quickly and deal some good damage. Here are its fast attacks:

The Cyclone Pokemon has some good Rock-type coverage with Grass Knot, but that’s about it. Dark Pulse and Hyper Beam good second attack options too, but Hurricane is a must-have attack. Here are its charge attacks:

This windy monster has one of the best attack stats in the game. Unfortunately, that doesn’t matter in this case. This legendary’s defense and HP are its downfall. It might not end up being a good PvP option, but it could be a good glass cannon Flying-type in PvE. Here are Tornadus’ stats:

That’s all there is to know about the unfortunate Tornadus’ Raid, Stats, Counters, Weaknesses, & Best Movesets in Pokemon GO. When this Pokemon’s Therian Forme joins the game, make sure to keep your eyes open for a guide on that raid as well.

If you’re looking to get deeper into the game, then check out our Pokemon Go Wiki.