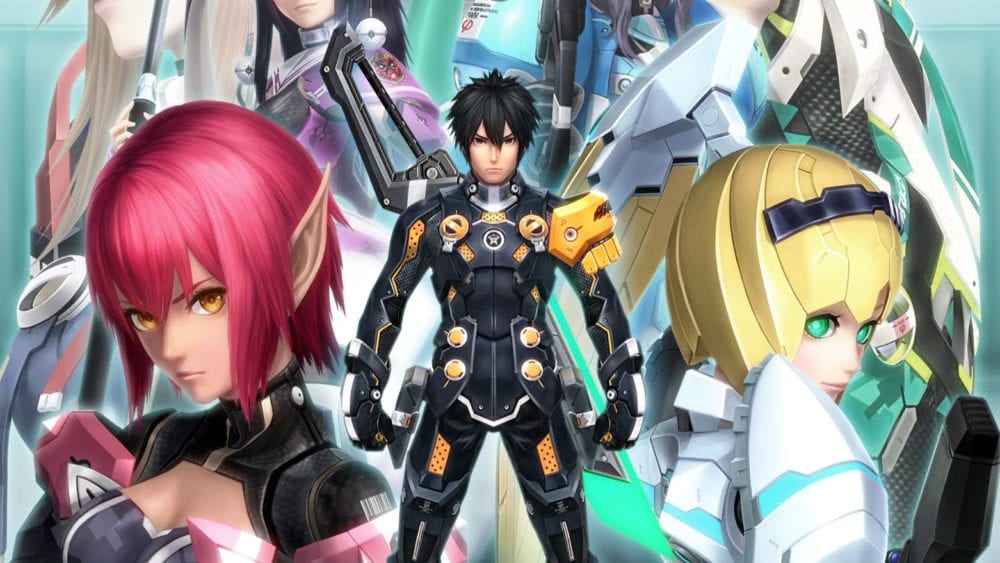 Over the weekend, I participated in the Phantasy Star Online 2 closed beta for Xbox One. I logged in expecting to be blown away, and I was not disappointed from a gameplay perspective. While I am thankful Microsoft convinced Sega to stop twiddling their thumbs after almost a decade, I must regretfully state that the Xbox One probably won’t deliver the ideal PSO2 experience.

Before I begin, I need to make something abundantly clear: I am a massive PSO fan. I played Phantasy Star Online Episode 1 and 2 on the Nintendo GameCube for countless hours. I still remember my favorite weapon in PSO: a pair of folding beam sabers in the shape of giant purple (and mutant) praying mantis claws.

In my opinion, Phantasy Star Online is one of the greatest titles Sega ever produced, and it clearly inspired other games. Remember Sonic Unleashed’s Egg Dragoon? Its shape and battle arena (a falling platform) are dead ringers for the first form of PSO Episode 2’s Olga Flow. Plus, Destiny’s Awokened and Exo races are obvious homages to PSO’s Dewman and CASTs.

But you’re not here to hear me gush about PSO; you want me to sing the praises of the Phantasy Star Online 2 closed beta. For the most part, I will.

The sheer amount of effort and detail that went into PSO2’s character creation makes the system worthy of being a standalone game, but it isn’t. It’s just a prelude.

After I finished my first character (a tank-green female CAST fighter with purple lines that made her look like a Decepticon circa Transformers: War for/Fall of Cybertron), I was dropped into a tutorial that taught me the basic controls. These included normal attacks (the X button), special attacks (the Y button, as well as holding the left trigger and pressing either the X, Y or RB buttons), weapon swapping (up and down on the d-pad), and perfect attacks (pressing an attack button when a circle around your character turns red) that deal extra damage. And, the tutorial culminated in a boss fight that let me use everything I learned.

Afterward, I was teleported to the main hub of PSO2 and given free rein, which was both a blessing and a curse. However, before I started fully exploring the game, I created another character to test differences between races and classes, and these differences were like night and day squared.

My second character, a Deuman bouncer, was more mobile, and while she dealt more damage, getting hit was infinitely more punishing. My CAST could take a few hits before her HP received a significant dent, but the Deuman only took maybe two or three before she was at a third of her health. These simple stat changes significantly altered the feel of different class/race combinations, even without taking into account all the unique abilities and weapons.

I would best describe PSO2’s combat as an MMO version of Bayonetta or Devil May Cry. It was satisfying to chain together attacks and hit multiple enemies with the same combo. Best of all, with the right moves, I juggled enemies, which isn’t something you usually see in action MMOs.

Phantasy Star Online 2 took this stylish combat, combined it with the dungeon crawling gameplay loop and eargasm music of the original, and built from there. The meat of PSO2’s beta was the quests, which let me run around differently flavored areas, including the standard fantasy/sci-fi settings like forests, deserts, volcanoes, and oceans. Most of my time was spent exploring these areas, and I wasn’t bored for a second.

While each level was small, procedurally generated, divided into sub-areas, and ended with a boss fight, it was easy to lose track of time and spend an hour just wandering in one location. PSO2 does a lot with a little in that regard.

Even though Phantasy Star Online 2 let me accept NPC quests such as “kill X enemies” or “explore a volcano,” I got more enjoyment from emergency missions that popped up randomly in levels. These side activities ranged from defending an NPC to fighting a mini-boss, and never knowing what they would entail or when they would pop up gave each level a sense of replayability. The obviously Japanese narrator who introduced each mission with cheesy cries of, “EMERGENCY. CODE. ATTACK.” and, “EMERGENCY. CODE. DISTRACTION.” also gave each emergency mission a unique anime charm.

The randomness didn’t end there. Every level occasionally experienced weather patterns that added new hazards such as deadly lightning strikes or vision-reducing mist, which added to the fun. Plus, levels were pockmarked with mining spots that let me collect resources to create food and stat-buffing rings.

However, the pinnacle of excitement came from Urgent Quests, which were essentially raid bosses that required up to twelve players. I only got to join the quest against the recurring Phantasy Star villain Dark Falz. He was a far cry from the giant chimera with centipede dragons for legs I fought in PSO Episode 1, but PSO2’s version —a sentient asteroid with hydras for hands— was still challenging, even with a full raid party. A fun kind of challenging, but a challenge nonetheless.

Don’t worry, though; we won. What a way to end my time in the beta.

Unfortunately, the Phantasy Star Online 2 beta suffered from feature overload. The tutorial only taught me the basics, but the game included so many other mechanics and systems that my head spun off its shoulders and flew like a helicopter. I could talk to a class adviser NPC and obtain class-specific skills whenever I leveled up, learn new abilities and spells from discs, collect souvenirs to deck out my room, and sacrifice items to strengthen my equipment and personal MAG robot.

Heck, PSO2 includes tons of equipment-based systems I didn’t get to touch during the beta, such as changing weapon camo and transferring weapon abilities. The game overall focused on the importance of equipment, as demonstrated by it displaying the words “Rare Drop!” whenever an enemy dropped a powerful piece of rare (and red) equipment. Moreover, rare items occasionally needed to be identified by a Tekker NPC who let me control some of its bonus stats.

While I mostly enjoyed my time playing PSO2, the Xbox One beta suffered from presentation issues that got in the way of my enjoyment.

While the game’s voice actors played their parts admirably, there were some times where the character voice lines did not match their subtitles. In-game text was rife with formatting errors, especially when it came to spacing. Some skill and item descriptions were cut off and all but illegible and a few lines had some poor grammar.

One thing you’re definitely going to want to avoid is communicating via the Xbox One controller. Trying to type using the in-game chat feature without a keyboard is far too cumbersome. After holding down on the Xbox controller’s view button, typing out my message, hitting the start button, and selecting the enter command, I had spent almost minute on a task that normally takes me five seconds.

This is not news to veterans of MMORPGs on consoles. Anyone that is going to take PSO2 seriously and engage in activities that actually require communication will likely opt for plugging in a keyboard or using voice chat. It is a free-to-play game though, and there will likely be a mass of people not prepared with a keyboard and/or headset. If that’s you, well, consider yourself properly warned.

The controller in general though felt like it hampered menu navigation. Some sub-menus and tabs could only be accessed by hitting the A button several times; a few utilized the view button, and more than a few wouldn’t respond to anything other than the d-pad. It was confusing at best and frustrating at worst —and would have felt a lot better with a keyboard and mouse.

Also, the controller’s button scheme was a bit odd and will take some getting used to. Some button functions made sense, such as attacking with X and interacting with B, but locking onto enemies with LB? Dodging with RT? Manually aiming ranged weapons with a click of the right analog stick? In the heat of the moment, I mixed up more than a few controls since, well, normally the trigger buttons are for aiming.

This isn’t a problem exclusive to Xbox One, and PC users that prefer controllers will likely run into the same issue, but at least just keep in mind that playing PSO2 with the default control scheme is going to take some getting used to.

Finally, during cutscenes, PSO2 looked fine, but during normal gameplay, the game featured some of the worst antialiasing (or lack thereof) I’ve ever seen.

Granted, I played the beta on the original Xbox One and not the Xbox One X, so maybe the X’s stronger hardware would have ironed out that issue.

Given everything I witnessed during the closed beta, I am confident Phantasy Star Online 2 will be welcomed by many gamers as their new free-to-play MMO of choice —assuming that microtransactions are non-intrusive and kept to a minimum.

However, I am equally confident that the poor anti-aliasing, typing problems, and controller issues will be enough to convince some gamers to play the PC version or at least hook up mouse and keyboard to their Xbox One Xs.

Phantasy Star Online 2 is scheduled to release on Xbox One and Windows PC later this year.