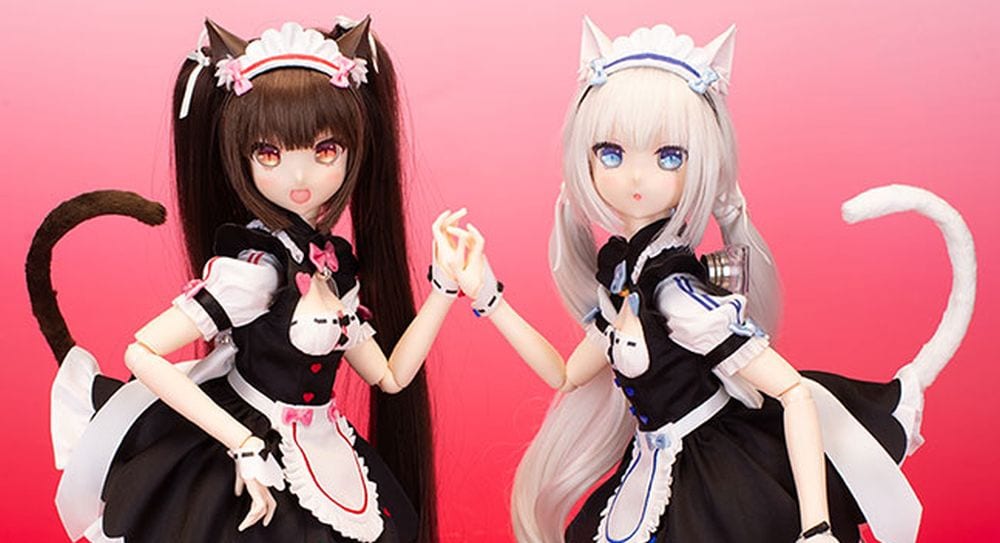 If there’s one otaku hobby that definitely isn’t cheap, that would be Japanese fashion dolls, and those who really love the adorable visual novel series Nekopara will soon get the chance to collect heroines Vanilla and Chocola.

The two dolls have just been made available for pre-order by CP Fairyland at Ami Ami, but like most among this kind of fashion dolls, they will require a sizable investment.

More precisely, each costs 69,300 yen, which translates into a rather daunting $631.

If the price doesn’t deter you, or you really, really love the Nekopara series, the scale is 1/4 and each doll is 43 cm tall. Both are sculpted by G.O of Cerberus Project.

Each includes the following:

The release window is October 2020, and you can see what they look like in the gallery below.

If you’d rather get something a bit more affordable, the two catgirls recently got quite a few figures announcements, including a version in Chinese garb by Alphamax, and a race queen version by Mimeyoi.

On the opposite end of the spectrum, we find the Pop Up Parade release by Good Smile Company, which is very affordable.