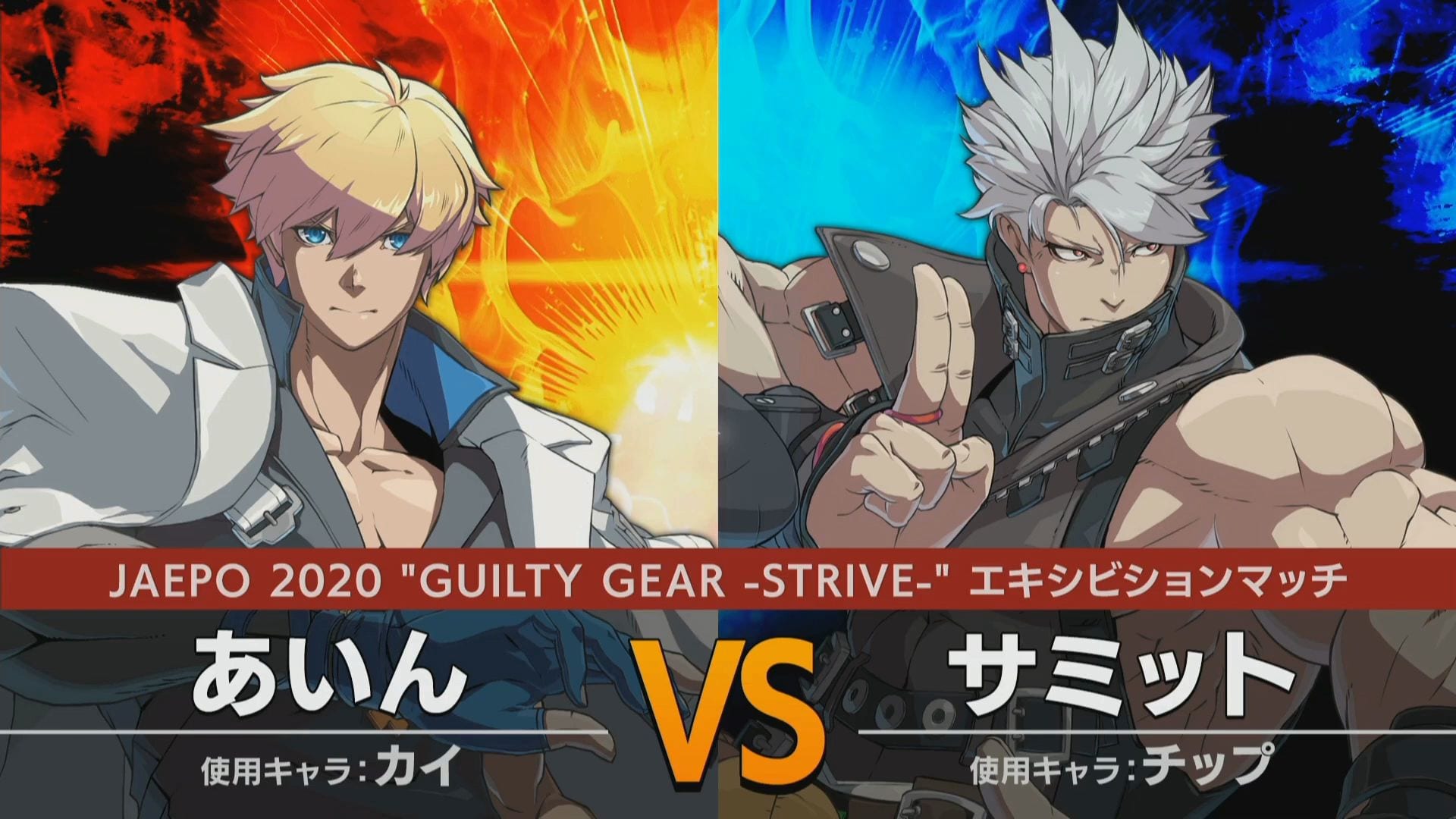 The first matchup was FAB versus Roy, followed by Ain versus Summit.

We then got to see Roy against Summit, and lastly FAB went against Ain. Ultimately, the tournament was won by Ain.

You can check out all the matches below (and the full livestream at the bottom of the post), and see all four characters in gameplay action as well.

If you want to see more of Guilty Gear – Strive – , you can also check out the original announcement from EVO 2019,  an earlier trailer showcasing  Sol Badguy and Ky Kiske, and teasing May. Another trailer revealed Axl Low, one showcased more of his gameplay, the previous promotional video unveiled Chipp Zanuff and Potemkin, the one showcasing more of the two and unveiled Faust, and the latest with more gameplay.

The only platform officially announced so far for Guilty Gear – Strive – is PS4 with a Fall 2020 window.